Toyota’s luxury brand Lexus currently offers consumers four SUV models. While the company’s RX and NX have proven successful on the sales front, the same can’t be said about the aging GX and LX, two large models that have had their day but, despite their evident qualities as capable off-roaders, remain largely ignored by buyers of that type of vehicle.

If Lexus wants to compete in the full-size luxury SUV segment with Cadillac and Lincoln and their Escalade and Navigator, respectively, it will have to rejuvenate and upgrade its offering.

Toyota’s move last week to register the LQ name could well represent a first step in that direction. Think back to this January’s Detroit auto show, where Lexus unveiled the LF-1 Limitless, a concept that gave us a pretty good idea of what a future full-size luxury SUV from the automaker could look like. 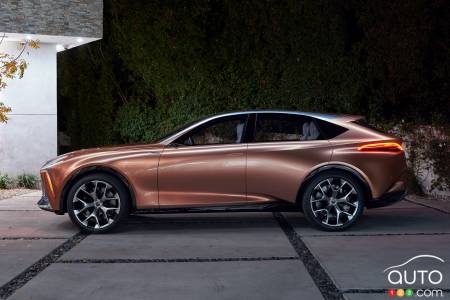 The word production was not on anybody’s lips at the time, but nobody was closing the door to the idea either. One thing was clear though: Lexus was definitely at work on something in regards to that vehicle segment.

Registration of the LQ name seems to be a sign that the pieces of the puzzle are falling into place.

When looking at Lexus’ lineup, use of the letter L would indicate that the new model will take its spot at the top of the range, to match the top-end LS sedan and LC coupe.

In terms of size, the concept unveiled in Detroit was slightly smaller than Mercedes-Benz’ GLS model, for example, but we’re talking same ballpark here.

There’s no doubt that Lexus is in need of a product with more modern styling and better driving dynamics if it hopes to seriously compete in this category.

The LQ could well represent the automaker’s solution.

We’ll be watching for more information on the subject, sure to come over the coming months. The GX and LX are coming to the end of their lifecycle, and Lexus will have to come up with something new if it wants to avoid disappearing completely from the large luxury SUV category. 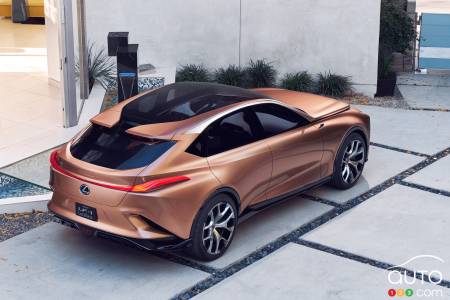 Sketches submitted to the Brazilian National Institute of Industrial Property have surfaced that by all indications are of the upcoming new X7 large SUV from...