The new McLaren 675LT Spider will make its first public appearance at the 2016 Geneva Auto Show on March 1st. Right next to it will be a carbon fibre version of the McLaren P1 created by the brand’s Special Operations (MSO) division.

Limited to 500 units worldwide, the McLaren 675LT Spider on display in Geneva will be finished in Ceramic Grey and dressed with numerous carbon fibre elements including the retractable hardtop, air intakes, side skirts, and more. There’s a 24-carat gold heatshield around the titanium exhaust system, while the cockpit features a pair of black Alcantara-trimmed racing seats with contrasting Xenon Yellow stitches.

As for the McLaren P1 by MSO, one of the 375 road-legal versions produced, it will be presented with a full visual carbon fibre body which has been hand-laid, and with a bespoke ‘Lio Blue’ tinted lacquer. The Geneva Auto Show marks the first time the full visual carbon fibre body conversion has been displayed publicly after it was made available to McLaren P1 customers earlier this year. The 24-carat gold exhaust heatshield is a tribute to the McLaren F1. 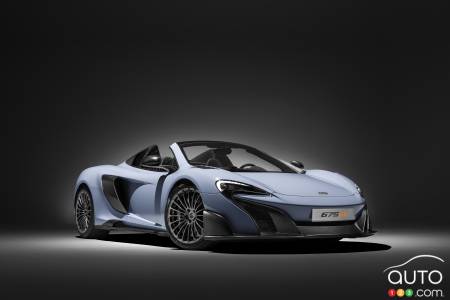 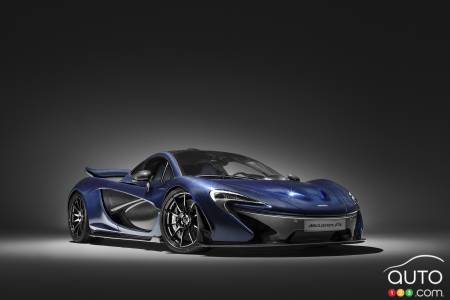 The 2016 Geneva Auto Show marked the debut of two new Morgan cars including the all-electric EV3 and the 80th Anniversary 4/4.

At last, the all-new Bugatti Chiron made its global debut today at the 2016 Geneva Auto Show. Think it’s a worthy successor to the legendary Veyron?

The new Lamborghini Centenario is a limited edition model that commemorates the 100th anniversary of company founder Ferruccio Lamborghini's birth. All 40 un...