The early calendar of 2022 was highlighted by what has become an important fixture for the automotive world, the Consumer Electronics Show in Las Vegas. This year’s edition has lost some of its shine, however, because with the arrival of the Omicron variant, many companies decided to withdraw from making in-person appearances.

That didn't stop the virtual presentations, of course. Case in point, the EQXX concept just unveiled – online - by Mercedes-Benz. If you want to know what the electric future of the German luxury brand looks like, this design study gives you a peek.

First – and most obvious – things first. The EQXX has spectacular lines. Some may not agree, but from where we stand, they’re pretty remarkable.

Another aspect of note is the size of the vehicle, which appears larger than life. Yet the model is quite compact. The EQXX stretches to 463 cm in total length and sits on a 280 cm wheelbase. For comparison, the C-Class is 475 cm long and has a wheelbase of 286.5 cm. 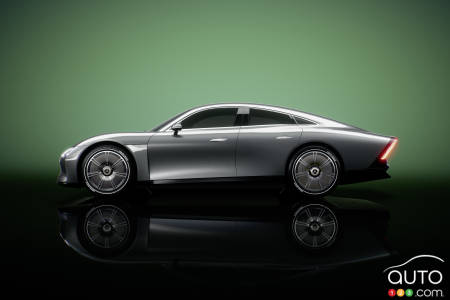 Mercedes-Benz took pains to explain how well the EQXX splits the air; its drag coefficient, for example, is only 0.18. The automaker incorporated several technologies to make the sedan that aerodynamic. For one, a combination of curtains in the front bumper and wheel covers make the air flow more smoothly. The front grille is active and remains closed when needed.

What the company didn’t talk about during its presentation, however, was the EQXX's battery capacity, other than to say it’s less than 100 kWh. The firm did share some admittedly impressive details about the battery, however. One, it’s 50 percent smaller and 30 percent lighter than the one in the EQS. Two, the maximum capacity of the system is 900 volts. And three, the battery and the frame that carries it weigh about 495 km (1,091 lb).

The most striking figure, however, involves the range, announced at 1000 km. Caution is in order here, because we're not talking about official European (WLTP) or American (EPA) data. These are Mercedes-Benz estimates, based on modeling data. We’ll be watching especially to see is if the car is able to do better than the Lucid Air, the range of which is promised at 832 km.

Mercedes-Benz claims that the average American driver would only need to recharge the EQXX twice a month.

The concept is also equipped with a roof-mounted solar panel consisting of 117 cells. It is used to power a number of auxiliary electrical systems such as the climate control system fan, headlights and multimedia system.

The low rolling resistance tires are the result of a collaboration with Bridgestone. Their sidewalls are aerodynamically optimized and match the wheel covers. 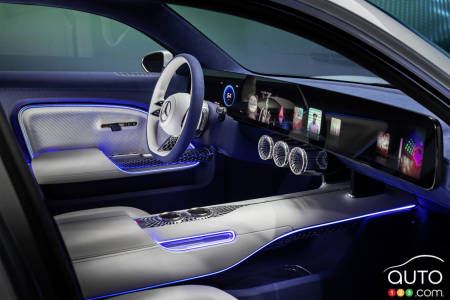 Inside, there's a transparent screen that spans 47.5 inches from pillar to pillar. It features 8k resolution and runs a navigation system with 3D graphics that can represent a city from a satellite view up to 33 feet (10 metres).

The interior also makes extensive use of sustainable materials, among them Biosteel silk fiber fabrics, vegan leather from mushrooms, synthetic leather made from pulverized cactus fibers and bamboo carpeting.

For now, Mercedes-Benz is not saying when it might move this study in the direction of a production model. 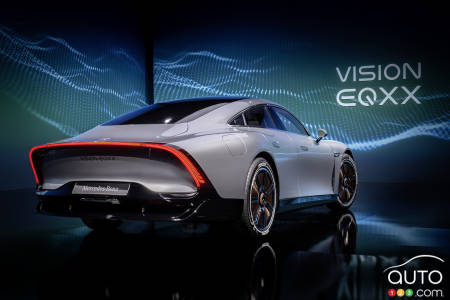 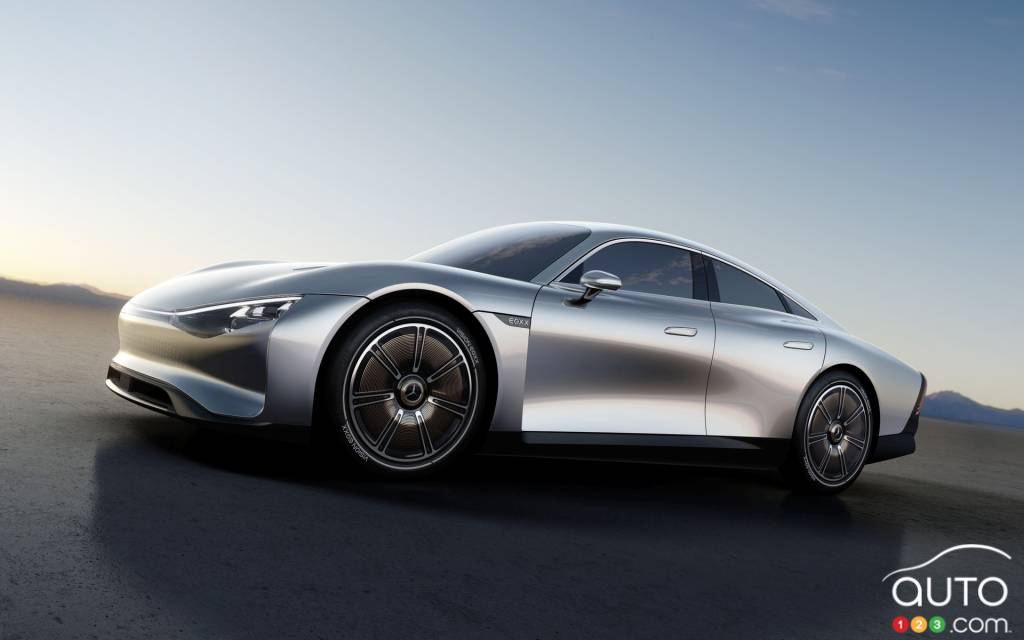 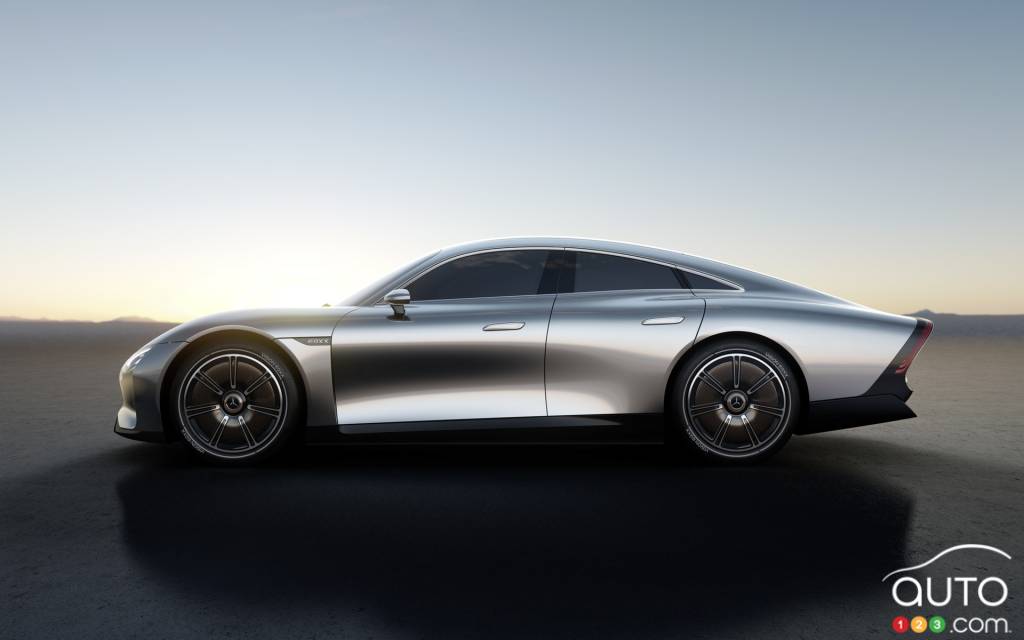 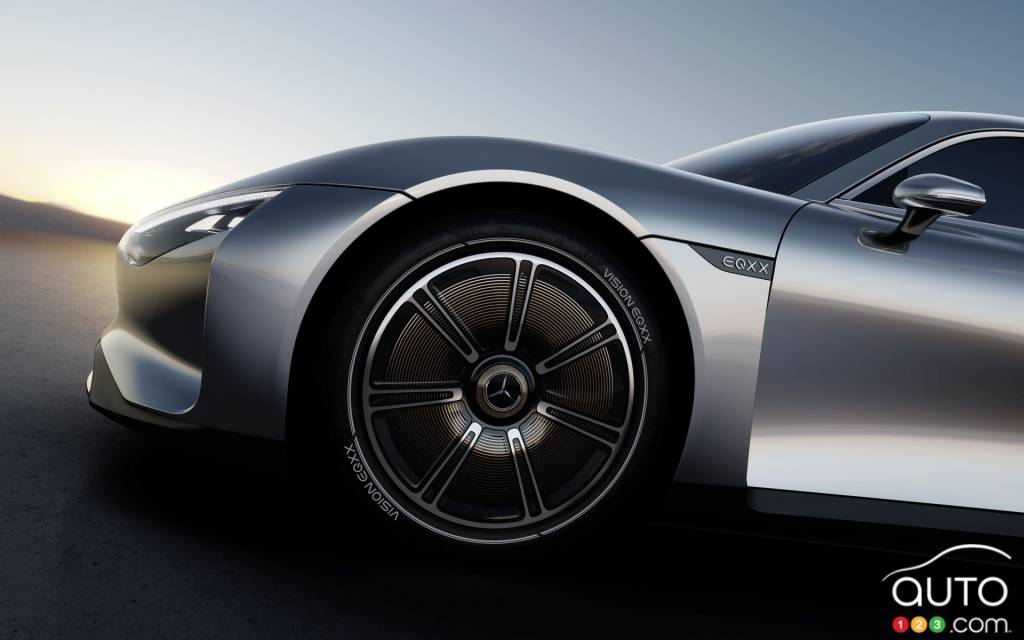 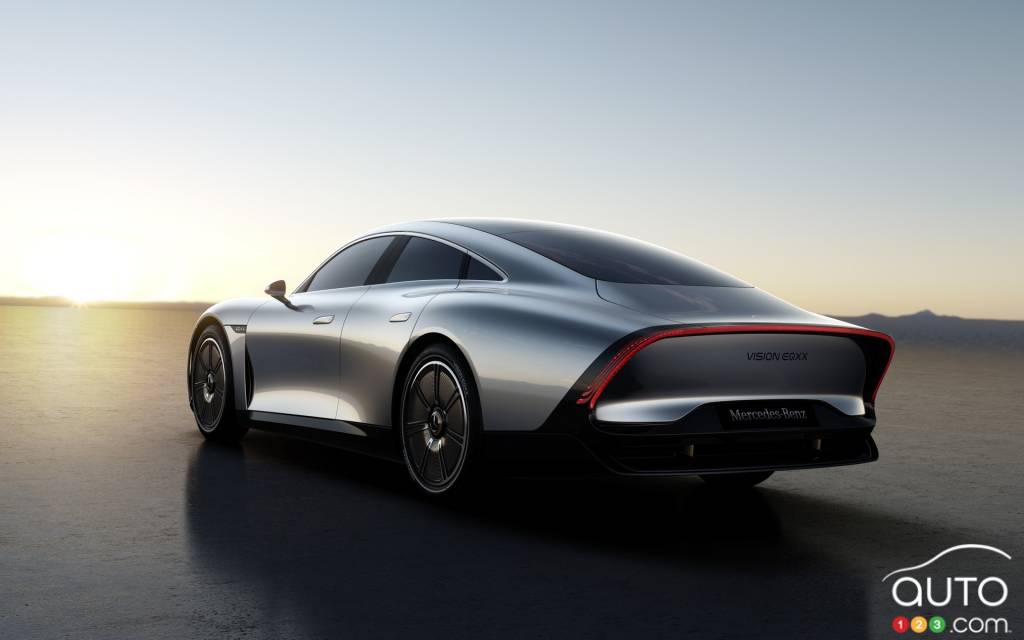 The Airflow Concept shown by Chrysler at CES today gets nearer to a production version every time its maker previews it. The company hasn't confirmed when pr...