The fallout from the global microchip shortage worsened last week, resulting in 121,000 vehicles being removed from the North American production schedule, according to AutoForecast Solutions' (AFS) count on Friday, April 30.

General Motors (GM) was the hardest hit, with 79,600 units slashed from its planned production schedule.

That total includes 17,000 Chevrolet Equinox SUVs, and as a result production was shut down at the company's Ontario plant in Ingersoll. Also, 24,100 Chevrolet Malibu sedans and Cadillac XT4 SUVs could not be assembled at the company's plant in Fairfax, Kansas. In Lansing, Michigan, more than 12,700 vehicles were dropped from production plans, including coupe and convertible versions of the Camaro Chevrolet, as well as Cadillac CT4 and CT5 sedans.

Ford, meanwhile, has delayed production of 5,500 Bronco Sport SUVs at its Hermosillo, Mexico, plant. Last week, during its first-quarter earnings call, the American automaker indicated it might have to reduce its planned second-quarter production by 50 percent because of the microchip shortage.

In total, that would put the damage at 2.29 million vehicles that were scheduled but not produced; the figure was 2.07 million a week earlier. The AFS Group predicts that up to 3.36 million vehicles could be affected before the shortage is resolved.

Experts say the industry will struggle with this problem through the end of 2021. 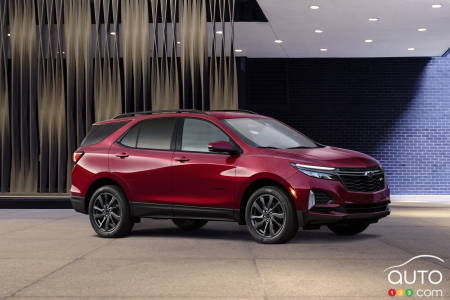