The next Chevrolet Corvette, the one with a centrally-placed engine as a defining feature, has been the worst-kept secret in the industry for a couple of years now. For several months prototypes have been spotted and photographed during testing in a number of different places. Though all of it GM was remaining mum not just on the date the model would be presented, but on its very existence.

Now the denials are done with, and the wait is almost over. Chevrolet has confirmed that the model is going to be presented officially on July 18. that date, moreover, was revealed in most original fashion: the company displayed it one of the multiple test versions of the car, still camouflaged as is the norm. And just to make sure no one missed the message, the test car was paraded around the streets of New York City.

We might now know the when, but we still don’t know the where. Another unknown is why it has taken so long to finally have the new Corvette ready for a first reveal. According to the Hagerty website, which cites what it calls very well-informed sources, the engineers are still grappling with issues to do with the car’s electrical systems. The platform that will underpin the next-gen model is set to benefit from all-new electrical technologies and bugs remain to be ironed out.

Another, more serious issue, could also be at play and helped delay the presentation of the 2020 Corvette. Again according to Hagerty, the highest-performing versions of the model may be… too high-performance. The car’s engineers have installed in it a twin-turbo V8, capable of delivering between 900 and 1,000 hp (in the prototype version anyways). The brutal amount of raw power this represents has apparently done damage to some aluminum components, and even shattered the glass surface whose esthetic purpose is to provide a window to admire the powertrain. 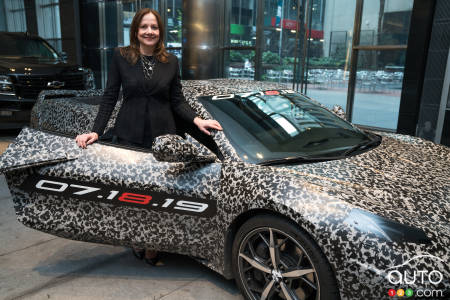 Reducing the output of the powertrain not being an option, the design team is working on reinforcing the car’s body and chassis.

There are also reports of disagreements on a few smaller points between the Corvette’s engineers and testers, but it’s hard to imagine these could have caused any serious delays on their own.

That the company now feels confident enough to set a date for the reveal means that the problems are no longer seen as insurmountable and should be resolved in short order.

Beyond its big reveal, the 8th-generation Corvette is expected to be available late in 2019 as a 2020 model. 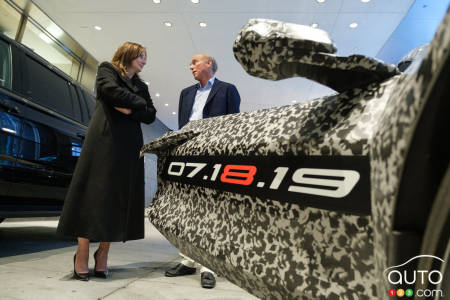 The unveiling presentation for the 2020 Chevrolet Corvette at the Montreal Auto Show was one of the highlights of media day, as the jostling to get in close ...

Articles By
Daniel Rufiange
The Last Ford Fusion Has Come Off the Assembl...
Article
Hyundai Canada Pulls Veloster for 2021, but K...
Article
Empty Stands for the Indianapolis 500 on Augu...
Article
More from this author