The revival of once-glorious nameplates is clearly become a thing within the automotive industry in recent years. We need only think of the Chevrolet Blazer, Ford Bronco and Jeep Grand Wagoneer, just to name the most prominent ones.

Mitsubishi has decided to play that game as well. The automaker is drawing on its rich history in car rallying to revive a name that resonates with enthusiasts: Ralliart. Though how and in what context it will be used, and in what markets, remains a mystery for now.

You have to go back to 2014 to find the last Mitsubishi model to carry the designation. That was a turbocharged Ralliart version of the Lancer sedan, which sat in the lineup between the base version and the all-wheel drive Evolution trim, the most powerful of the lineup. Those with a good memory will also remember a Ralliart version of the mid-size Galant sedan. With this car, you had to hold on solidly to the steering wheel to keep it on the road when you hit the gas. 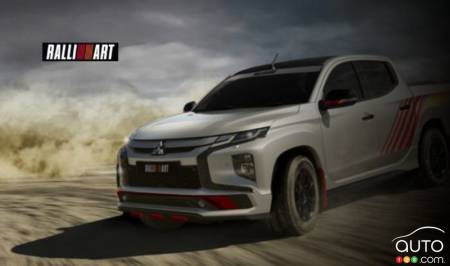 But of course, cars no longer even exist at Mitsubishi, save for the Mirage. But can we even imagine a Mirage Ralliart? No, not really. More realistically, then, we can expect Ralliart versions of SUVs like the Outlander and Eclipse Cross. During its announcement regarding the Ralliart name, which took place during a presentation of financial results, the automaker showed the Ralliart logo alongside a variant of its pickup truck offered elsewhere in the world, the L200.

Mitsubishi sees the return of the Ralliart name as contributing to its goal of the “realization of Mitsubishi Motors–ness”. In the context of its membership in the Renault-Nissan Alliance, this is certainly a way to strengthen its image and maintain a certain identity, especially if the models Mitsubishi offers in the future will carry Nissan parts, as is the case with the new Outlander. 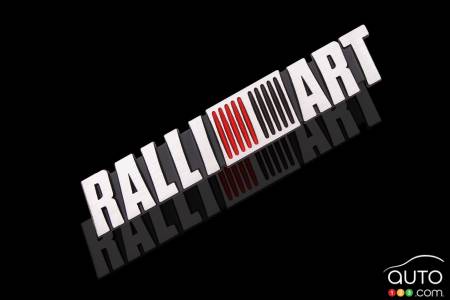 Mitsubishi brings the Ralliart name back to North America...

Mitsubishi has announced that it will bring the Ralliart name back to North America for 2023. In fact, special editions of its models will carry the Ralliart...

Mitsubishi has gotten tongues wagging once again with a new teaser image of its Ralliart concept. Earlier this year, the company announced the return of the ...

Mitsubishi is announcing a new version of the Galant Fortis. Better known in Canada as the Lancer, this compact sedan will now be available in RALLIART trim....