At the tail end of December, an image shared by Mitsubishi showing a Ralliart concept caused quite a stir. Most particularly, it raised hopes among fans for whom the Ralliart name has strong and fond associations, and who bemoaned the fact that since the departure of models bearing the name, there hasn’t been much in the way of performance models from the Japanese automaker.

The presentation of the concept is scheduled for this week, but we were given a full view of the model’s exterior ahead of all the details. Unfortunately, it turns out that what we’re getting is not exactly what many fans were hoping for. We may be headed for a wet firecracker of an unveiling.

You could argue the company doused water on that firecracker all by itself. By announcing a vehicle with the Ralliart name, Mitsubishi got fans excited with a clear message that it was going to give a nod to its past.

Instead, the concept is an SUV, based on an existing model: the Outlander. Mitsubishi says that the Vision Ralliart Concept embodies its vision of a new vocation for the word Ralliart and brings together the company's engineering and its passion for technical craftsmanship (Monozukuri). 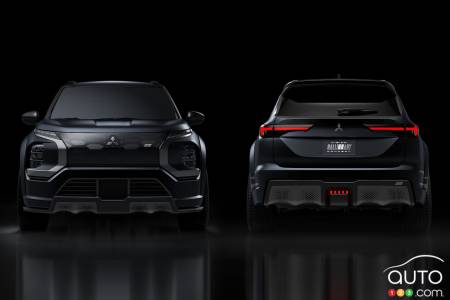 The result, we’re led to believe, will be an Outlander with improved acceleration, cornering and braking, made possible by a boost in engine power, a sportier AWD setting and increased battery capacity. This is possibly where the extra power will come from.

Nothing concrete has been announced, however, and it won’t until the vehicle is unveiled next weekend at the Tokyo Motor Show. What we do know is that the wheels are 22 inches and hide six-piston brake calipers. 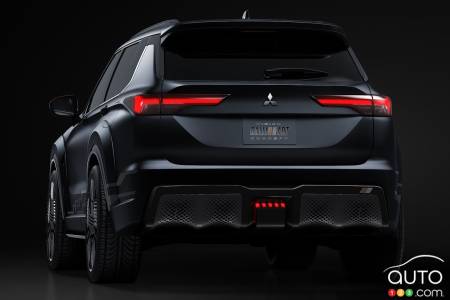 The point of these early images is more so that Mitsubishi can talk about the styling of the model, which, the company says, incorporates a "functional beauty". The matte black paint shows blue highlights under the light for a “deep, multidimensional expression that enhances the vehicle's quality feel.”

The automaker says the public's reactions to the concept will be used for future vehicle development, which gives us a glimmer of hope... provided there’s enough of a clamour for the return of a real Ralliart.

More details later this week, after the full presentation of the model. 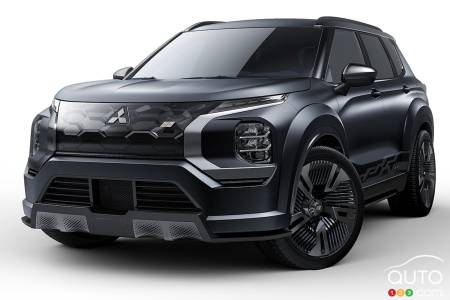 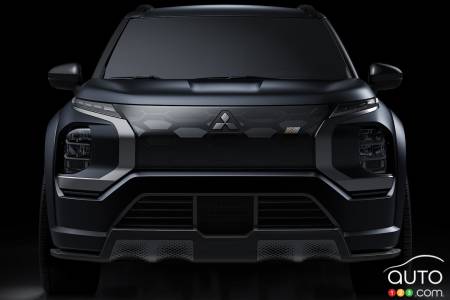 Top Vehicles and Presentations of the 2019 Tokyo Motor Show

Discover the wonderful, wacky and wild highlights of the 2019 Tokyo Motor Show. Auto123 shakes off the jet lag to present our favourite new vehicles and pres...

Bollinger Puts Development of its Electric Pickup and SUV...

Bollinger is putting development of its B1 and B2 electric models on hold, at least for now. Instead, the company will focus on the Deliver-E electric commer...