Ford made an early splash at the Detroit auto show today with its 700-hp Ford Mustang Shelby GT500, but RAM, whose presentation came right after, had its own crazy number to throw around. The occasion was the unveiling of its RAM HD pickups.

As is the custom when one of the Big Three American manufacturers rolls out a new pickup generation, the super-rugged version of the new product gets launched in the months following the other trims. And launch usually means an impressive show of force of some kind, because after all this is the primary vocation of such a vehicle.

So it was that we got the official debut of the RAM HD (Heavy Duty) trucks. And the crazy number alluded to had to with torque, of which the new truck will get up to 1,000 lb-ft. Or at least, a diesel variant of the model will.

The day torque surpassed that milestone was long in coming and not really a surprise. The previous RAM HD benefited from between 800 and 900 lb-ft.

As in years past, the RAM HD can be had in 2500 or 3500 configurations. In each case, the models geta new chassis made of 98.5% high-strength steel. Other revised components include new shocks, a new multimedia system and semi-autonomous drive functions.

Every version will come with a base 6.4L V8 with an output of 410 hp and 429 lb-ft of torque. Up to now this was available as an option; its output is the same as before. A new 8-speed automatic transmission replaces the old 6-speed unit.

Next up from the base engine is the celebrated 6.7L Cummins inline-6 turbo, which delivers 370 hp and 850 lb-ft of torque… in its base configuration. This unit comes with the old 6-speed automatic transmission, but according to RAM it has been improved. For those in the habit of pulling things like houses, a more powerful version of this engine will be offered with the 3500 edition of the HD. Thanks to reinforcements to the engine bloc, forged connecting rods and a bigger turbocharger, power gets boosted to 400 hp and torque to… you guessed it, 1,000 lb-ft.

Other mechanical updates are designed to enable the truck to withstand the added muscle coming from the engine, and they touch on the transmission, the transfer case and the rear axle.

The 2500 models get coil springs in the back, but the 3500 retain their leaf springs. Each, however, can be fitted with an air suspension system; this features a bed lowering mode to make it easier to load heavy objects on the bed.

The RAM HDs are thoroughly modern when it comes to connectivity and safety functions. The product offering varies depending on the version; and as per usual in this segment, the versions and configurations are plentiful.

No date has been announced for the arrival at dealerships of the RAM HDs, but that info should be forthcoming in the next few weeks. 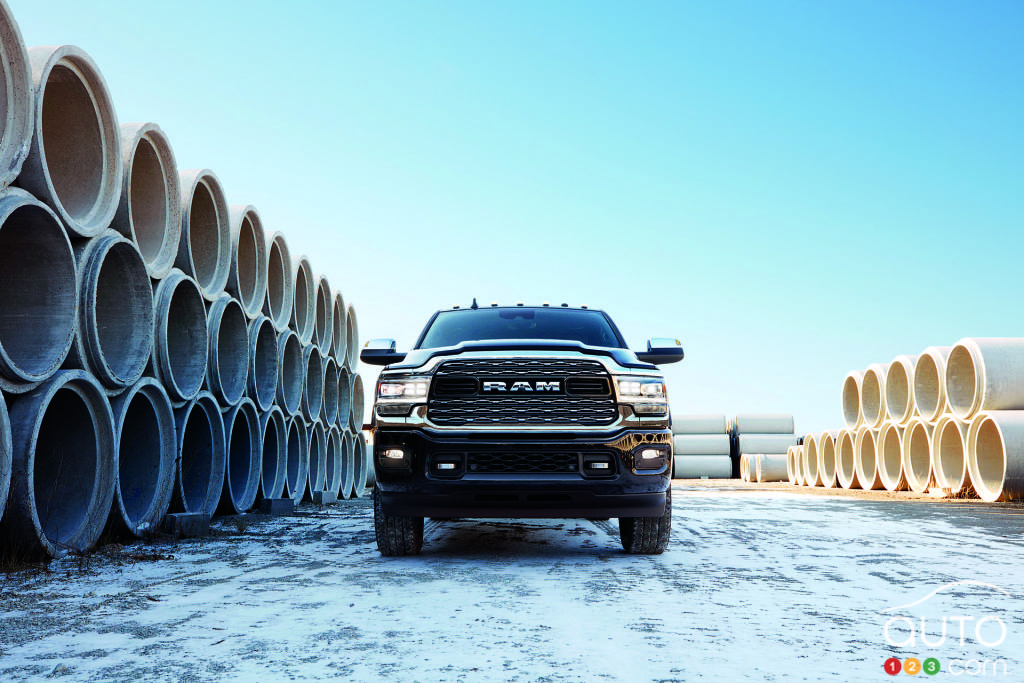 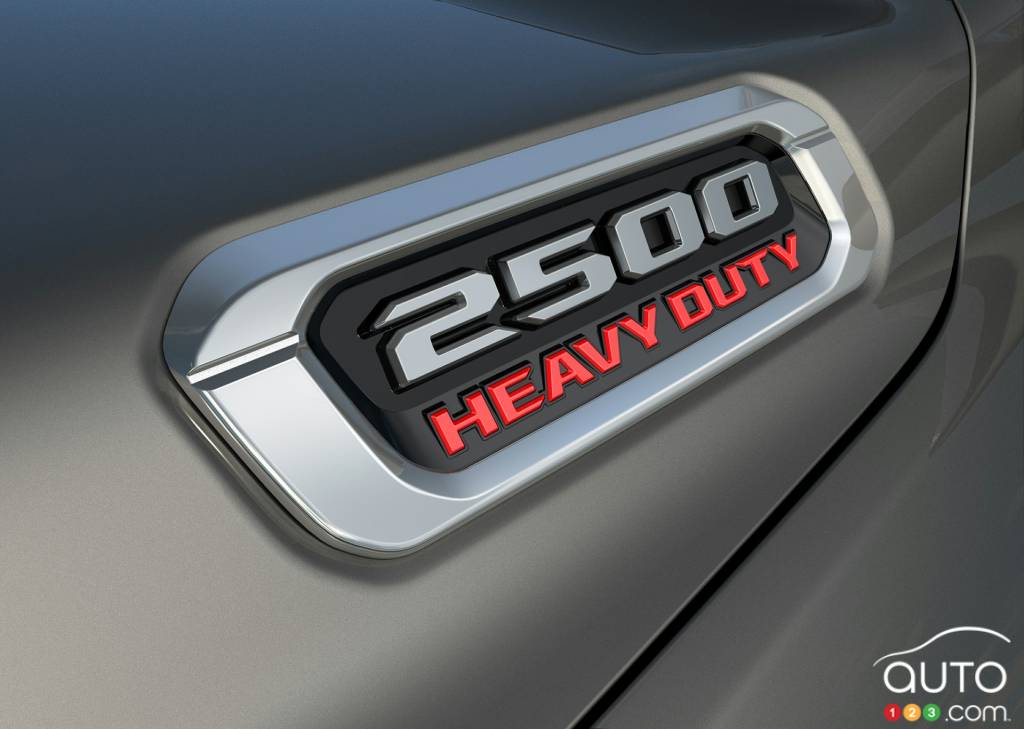 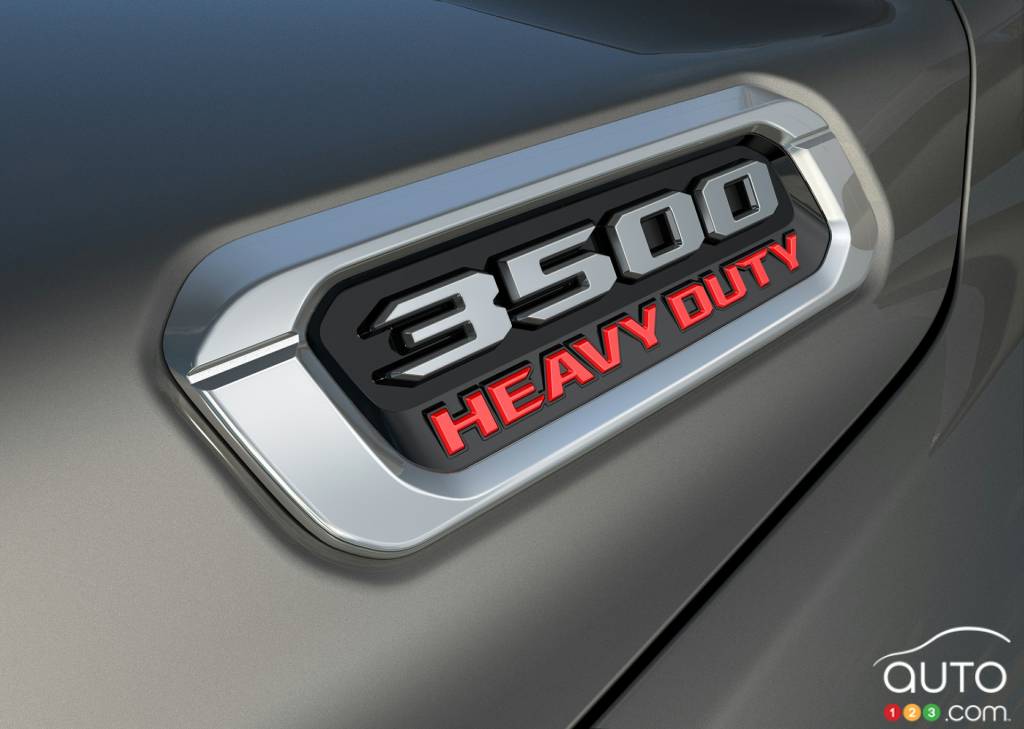 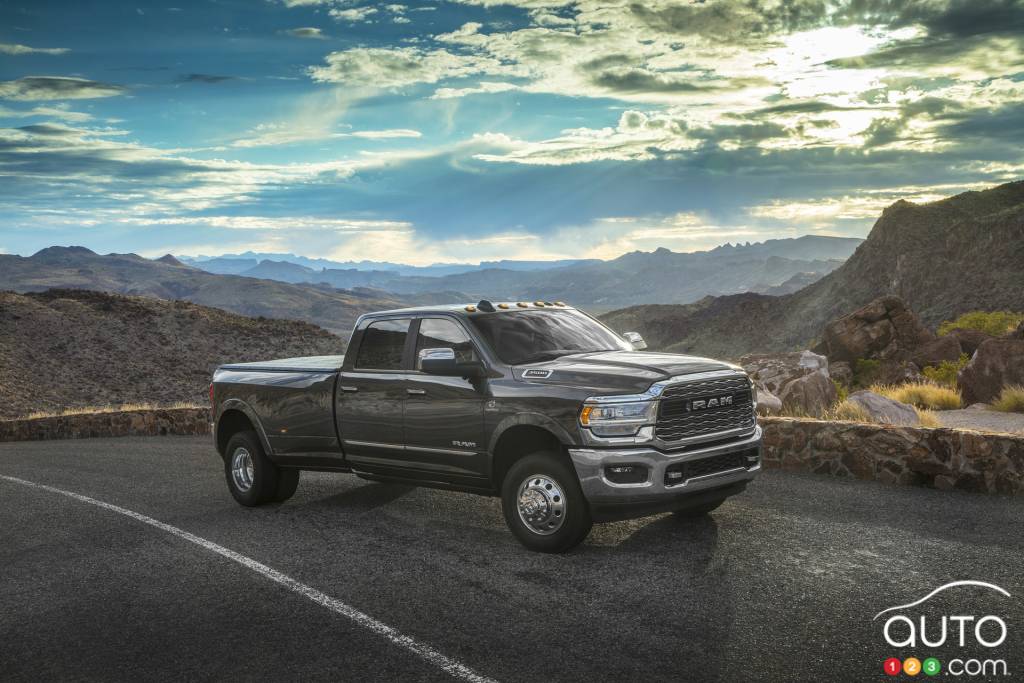 Photos:RAM
Photos of the 2019 RAM HD
See the complete Gallery

The 2019 Ram 2500 Power Wagon is big, and its heavy, but it’s also surprisingly lithe and capable as an off-roader. Its very aggressive tires are not the mos...