The Acura NSX might be an extraordinary car, but it doesn’t sell. Last year its maker sold a paltry 170 units in the United States. This year the company is on track for a slight improvement, but that’s with heavy incentives and frankly the numbers remain abysmally low.

For 2020, Acura hopes to give the supercar a boost with the reintroduction of two colour choices that marked the history of the model, called Berlina Black and Indy Yellow Pearl. The latter one is a direct tribute to the Yellow Spa colour available for the original NSX between 1997 and 2003. This colour was in fact the fifth most-popular choice among buyers of that first generation, and today it’s one of the hottest versions on the classic-car market.

For the 2020 edition, the NSX comes by default in Berlina Black, with Indy Yellow Pearl being a $1,000 option. This is actually a great deal when you consider that the Valencia Red Pearl and Nouvelle Blue Pearl colours will cost buyers another $6,000.

Mechanically, the new version is set to remain unchanged for 2020, this despite persistent rumours pointing to an even more-powerful version. As for the current version, you can check out the recent on-track review by our intrepid Vincent Aubé who recently had the chance to take the NSX onto the MoSport circuit in Ontario. While we await the new 2020 version, buyers will have to make do with the hybrid configuration of the current edition, powered by a 3.5L turbocharged V6 combined with three electric motors. Together this system delivers a healthy 573 hp and 476 lb-ft of torque.

Recall that two of those electric motors serve to add power going to the front wheels. The V6 engine, 9-speed dual-clutch automatic transmission and third electric motor send power to the rear axle. Together the powertrain can take the car from a stop to 100 km/h in about three seconds.

Those interested in the 2020 NSX can actually place pre-orders now; expect deliveries to start this fall. Acura has a tall order for the new year for its supercar, as it will have to compete with a new entrant in the segment. The transformed 2020 Chevrolet Corvette will cost two-to-three times less than the NSX. 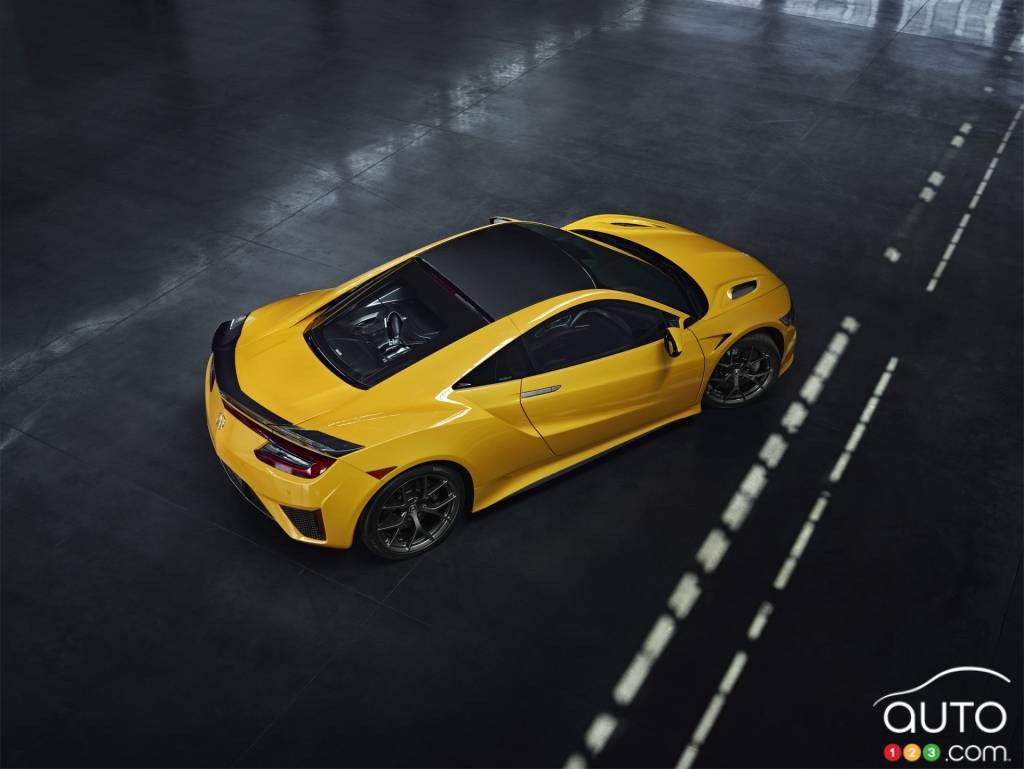 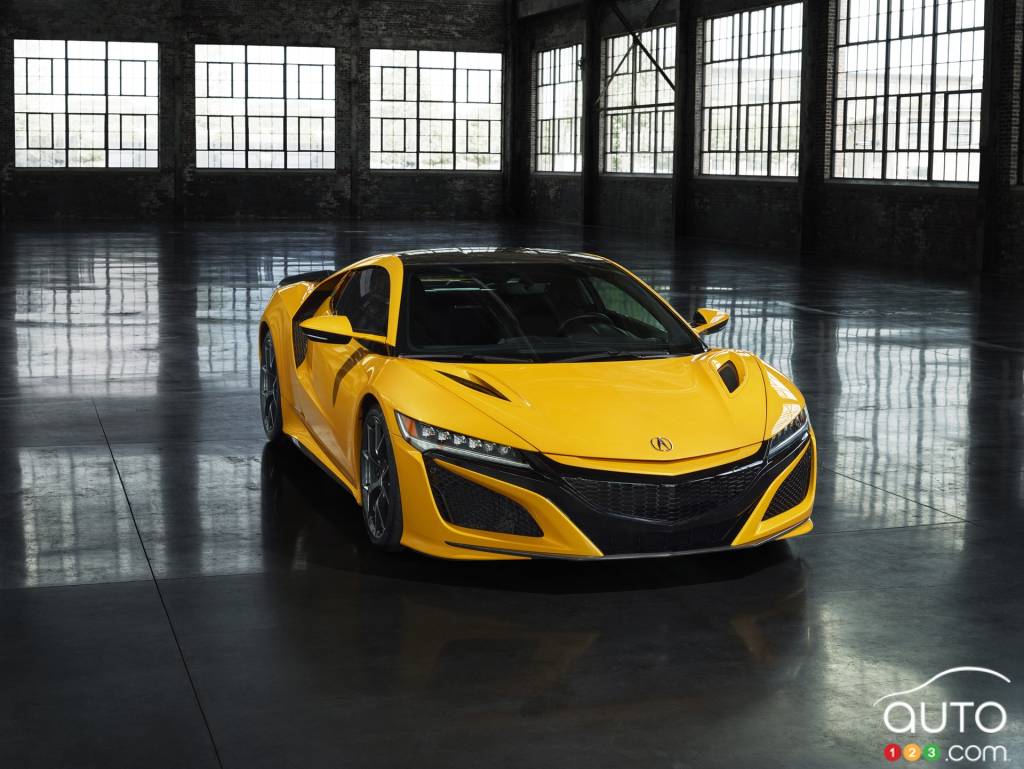 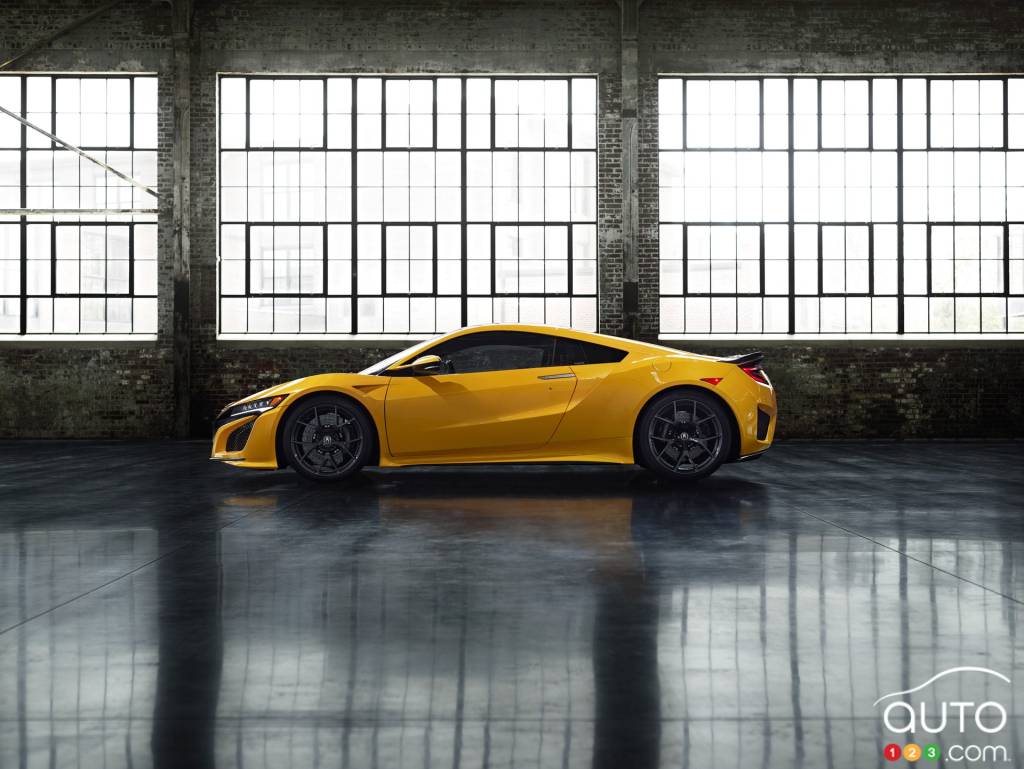 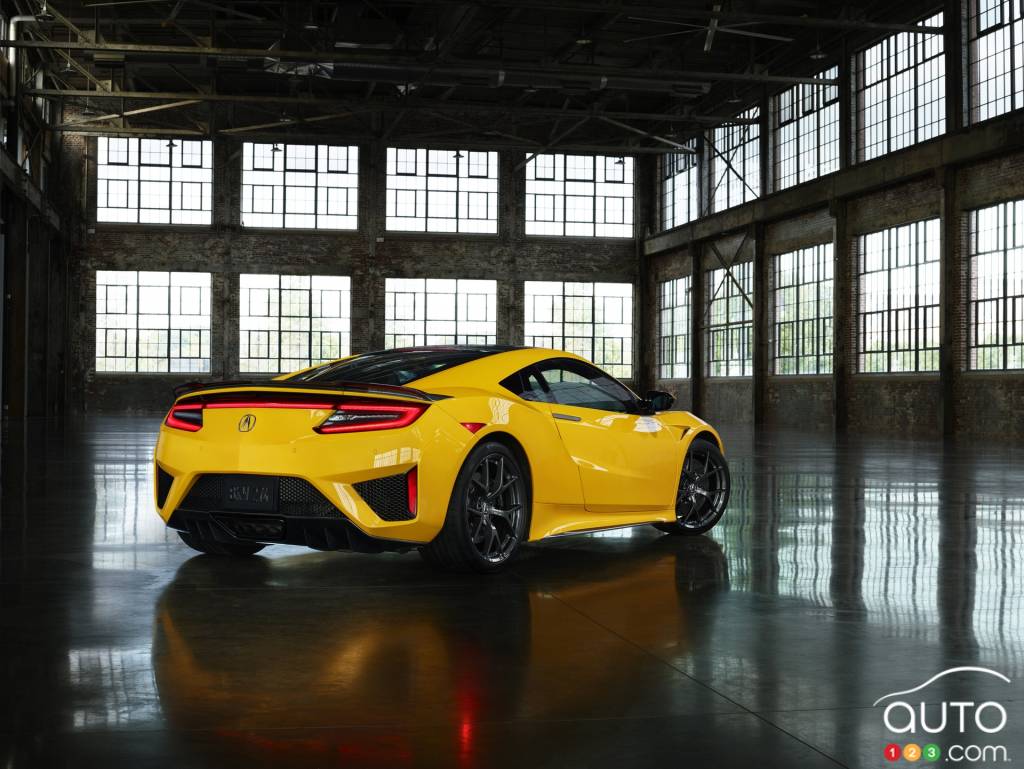 Speculation is that Acura might be looking to boost the popularity of its NSX supercar with the addition of a Type R variant. For the moment the company is c...