Toyota has presented the next generation of its big Sequoia SUV.

It's about time, some would say. Some others might ask instead, What is this model? This model, would be the Sequoia, a model frankly used to life outside the limelight. To put it mildly, the big SUV of the Toyota lineup was aging, and generally prized only by a handful of enthusiasts. The average motorist may not even be familiar with the name.

In part, that’s because the manufacturer has tended not to talk about it much, likely because of its obsolescence. But also, this type of product is not all popular with the public, unless it’s made by General Motors.

All that being the case, last year, Toyota revised its full-size models, starting with the Land Cruiser elsewhere on the planet and the Tundra pickup truck here in North America. At Lexus, the LX is new this year. And since we're talking about models that share the same foundations, it’s not surprising to see their revisions follow one another closely.

And so we have a new Sequoia, the first time it’s really new since 2008 (as a 2009 model). We will of course have the opportunity to detail more fully all the features offered, notably at the upcoming launch, as well as during our subsequent road tests, but here are the essentials. Mechanics
In addition to the platform it shares with those other Toyota/Lexus models, the new Sequoia also gets the new i-Force Max engine developed by Toyota. This 6-cylinder hybrid engine (a 3.5L turbo V6) has a generator motor that fits between the mechanical component and the 10-speed automatic transmission to increase output while increasing fuel efficiency. The engine's capacity is impressive - 437 hp and 583 lb-ft of torque.

Fuel economy ratings are not yet known, however. That said, we’ll go out on a limb and predict they will be better than before, because they could hardly be worse. The Sequoia we know was pretty gluttonous.

As for towing capacity, it jumps to 9,000 lb (4,080 kg), a 22-percent increase. And speaking of towing, the Sequoia will benefit from features introduced with the Tundra, notably to help with reverse manoeuvres when a load is hitched behind. And for the first time, power mirrors with automatic towing extension will be included. This is something Toyota really focused on in its presentation. At the same time, Toyota is vaunting the new model’s comfortable ride and an unexpectedly positive handling. It's true that the chassis has been greatly improved, as we saw with the most recent generation of the Tundra. The structure is efficient and can only serve the Sequoia well.

In addition, as the company explains in its press release, the Sequoia “features an independent front suspension and adopts a new rack-mounted electronic power steering system for improved steering feel. A modern multi-link rear suspension is employed out back to offer a smooth ride”. There is also the option to add rear load-dependent height-adjustable air suspension and adaptive variable suspension.

The Sequoia will give drivers several drive modes to choose from (how many will depend on the version). On board
Inside, as you might expect, the level of luxury is on the rise. In fact, it’s approaching Lexus territory We'll save the detailed equipment list for another occasion, but it’s worth noting that all versions get heated seats and steering wheel, TSS 2.5 safety suite), panoramic roof and 18-inch tires.

Speaking of versions, there are five of them: TRD Off-Road, Limited, Platinum, TRD Pro and Capstone. In the latter case, we recently got a look at what it entails with the Tundra pickup. The Capstone nomenclature represents the ultimate in luxury in a Toyota. It suggests, among other things, a unique interior environment combining black and white, with large amounts of semi-aniline leather. Even the soundproofing is boosted to a higher level with this model.

The interior of the next Sequoia also gets the brand's new multimedia system, introduced with the Tundra pickup. Deployed on a 14-inch screen, it’s extremely user-friendly and offers features that are highly appreciated by those who like to be connected to their vehicle.

As for the interior layout, there will of course be different configurations, including the traditional option of a bench seat or captain's chairs in the second row. Interestingly, the third row will be slide-mounted and will offer reclining backrests.

Each version of the Sequoia promises its own style and identity, according to Toyota. As for the styling, we'll let you be the judge. Of course, we recognize the approach taken with the Tundra. At the very least, it's not "grey". The design is definitely going to appeal to a certain segment of the target market, much more than the old model could.

The model us set to hit dealerships in the summer of 2022. As mentioned, we'll get back to you with more details once we get behind the wheel. 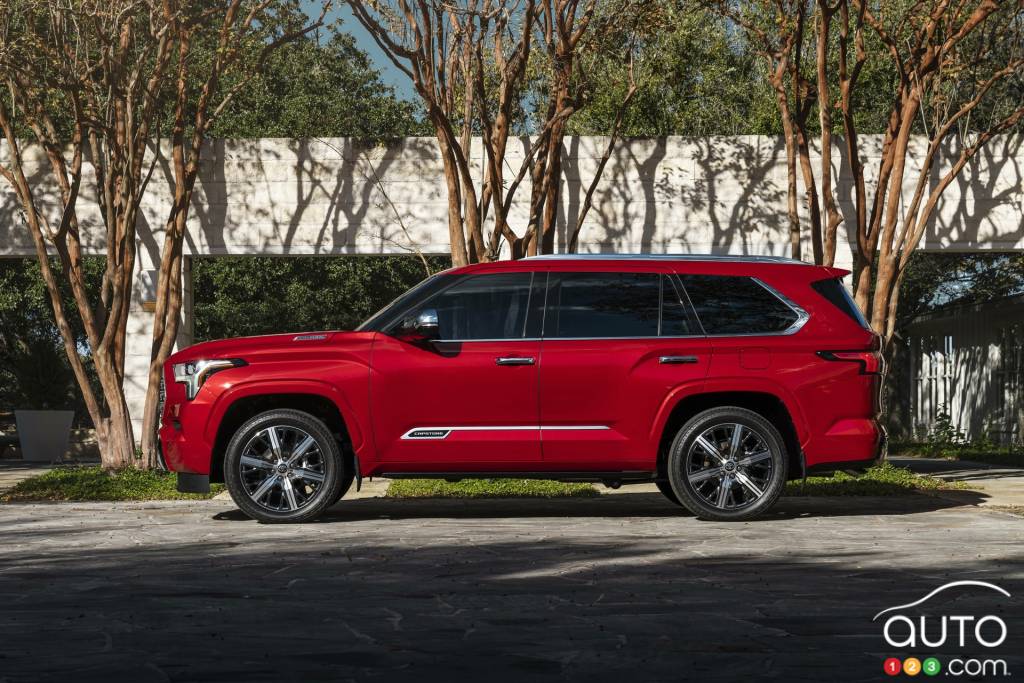 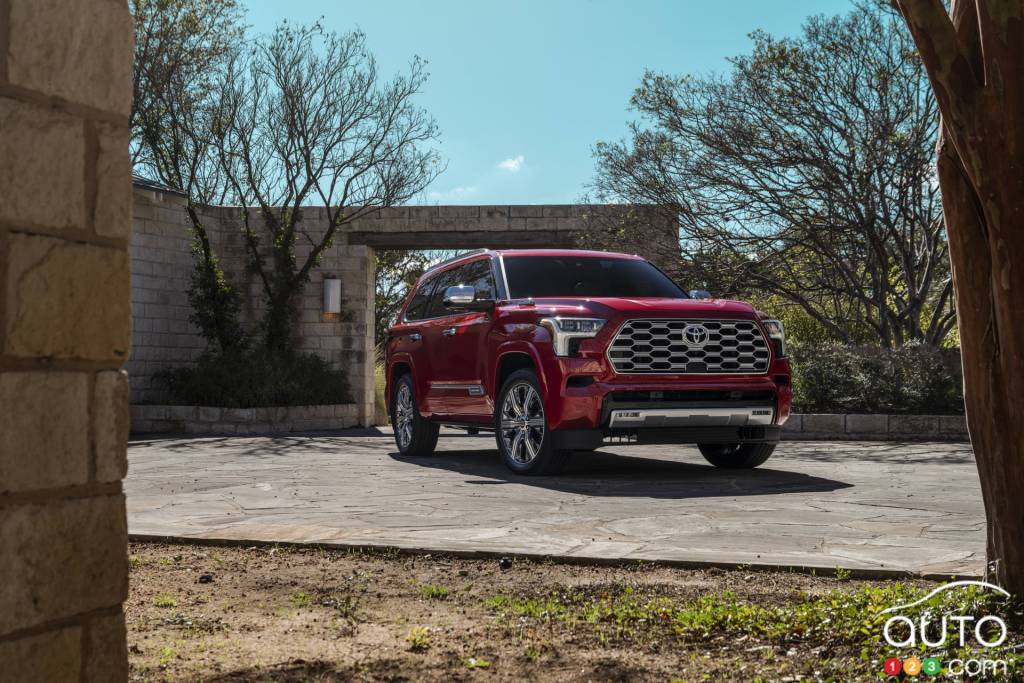 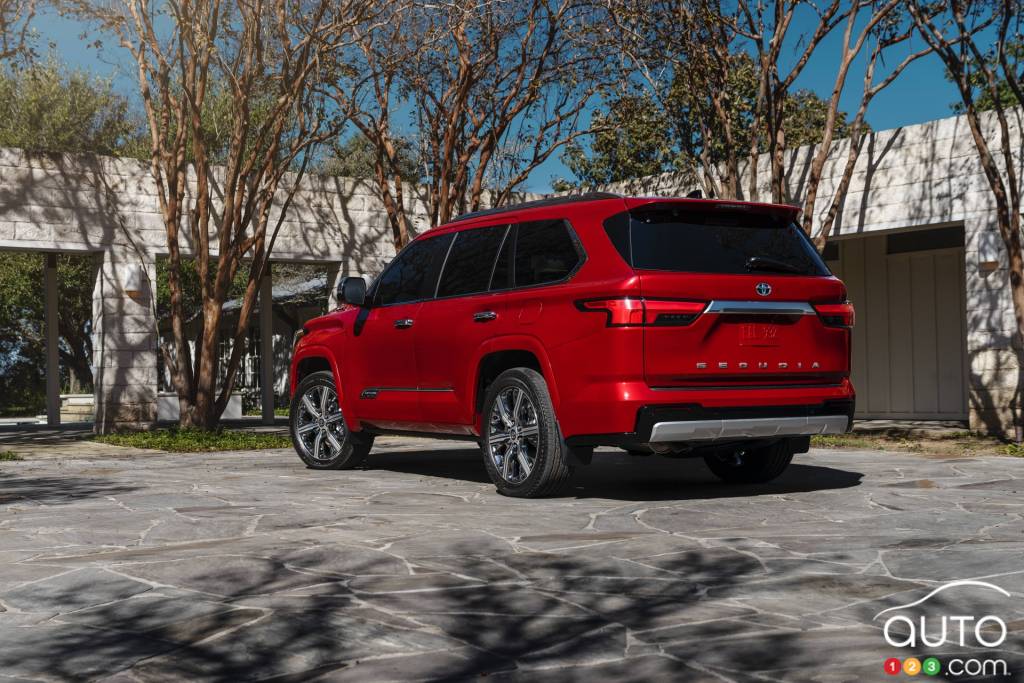 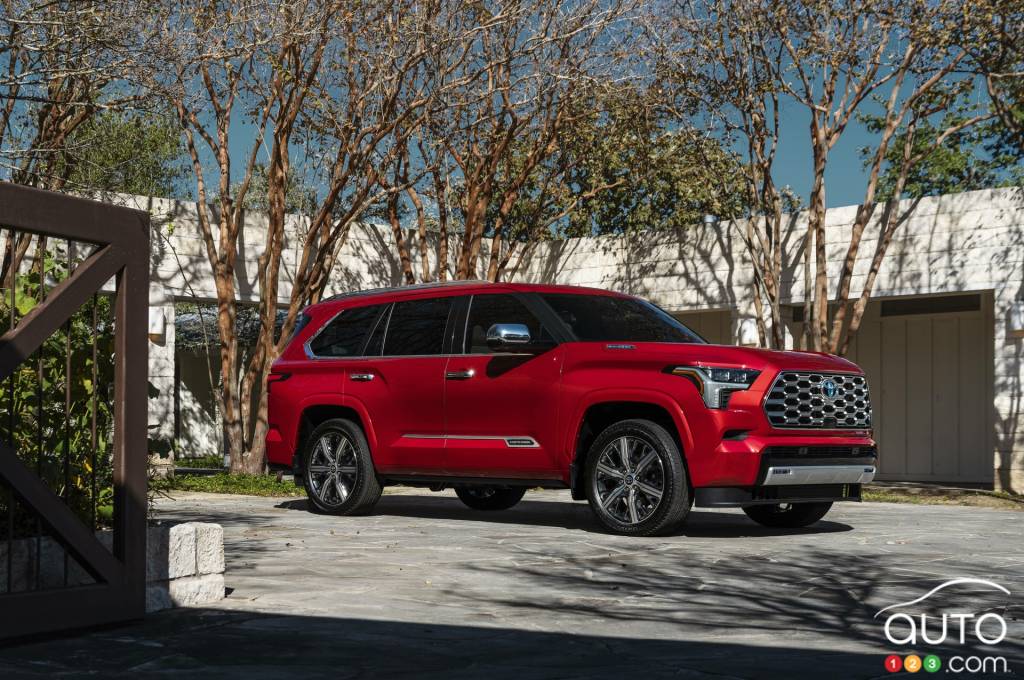