Could we see a Nissan engine powering a Mitsubishi Outlander in the near-future?

The current generation of the Mitsubishi Outlander is coming into station at the end of its life-cycle. It has been with us in its present form since 2014, and many of its elements date back further than that. The time is nigh for a big refresh, pronto.

Fortunately a new edition is in fact in the works at Mitsubishi. The next Outlander has been spotted in testing on a few occasions since last September, and the company is promising the finished product at some point later this year. Few details have emerged about the model up to now, however, concerning either its mechanics or its appearance. We do have some idea of the latter, of course, courtesy the new RVR model, which the next Outlander is expected to borrow several styling elements from.

In general terms, we already know the 2021 Outlander will share its foundations with the next-generation Nissan Rogue, also expected some time later in 2020. Both SUVs will sit on a platform developed by the Renault-Nissan-Mitsubishi Alliance.

In the shorter term, we make do with what the rumour mill is spitting out. And right now, what we’re told is that the new Outlander will be fitted with a Nissan engine – which would be a first. This report comes courtesy Japanese daily Nikkei, certainly a credible source, and it gives an indication of the solidity of the alliance between the two Japanese brands. Each clearly benefits from joining forces and saving on development costs.

The other rumour has to do with the plug-in-hybrid system, almost certain to be part of any sharing agreement. This time it would be Mitsubishi supplying it to Nissan, and according to Nikkei, the first model to get it would be the Qashqai.

Should that happen, the Qashqai would be the first Nissan-branded vehicle to come with a plug-in-hybrid powertrain. 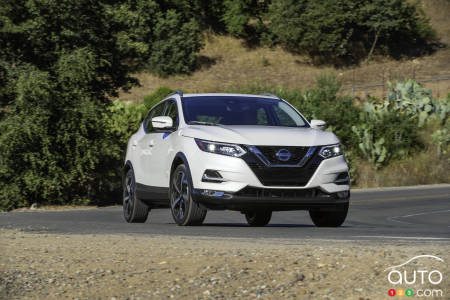