Utility vehicles have been multiplying like rabbits on the market in recent years – this is news to no one by this point. From Nissan we’ve seen two of them introduced in our market: the Qashqai and the Kicks. Not only that, the two models sit in the same category, that of sub-compact SUVs.

However, the Qashqai is slightly larger than the Kicks, plus it offers all-wheel drive. What it also is, is very, very popular among Canadian consumers. We take a look at why.

Neutral
Two years ago I took part in the first media drive of the Qashqai, and at the time it had left me pretty completely cold. I recently had the occasion to spend a week aboard the model – a longer second date, if you will. And if I’m being honest, I can’t say that it stoked the flames any more than it did the first time around. 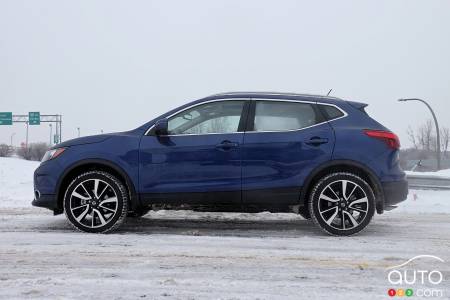 On the other hand, I learned to appreciate the vehicle as time aboard it went on. And I expect that is what most owners will experience. Neutral but effective, the Qashqai is one of those vehicles that grows on you, in other words. It might not stoke the flames of passion, but what it offers is a respect-based partnership, let’s say.

Format
With that in mind, the styling given to the Qashqai is nothing to write about home about, for good or bad reasons I should specify. This crossover is pleasing enough to look at but it’s no head-turner. On the other hand it is fairly easy to recognize, thanks mainly to the V-shaped grille that is a Nissan signature. 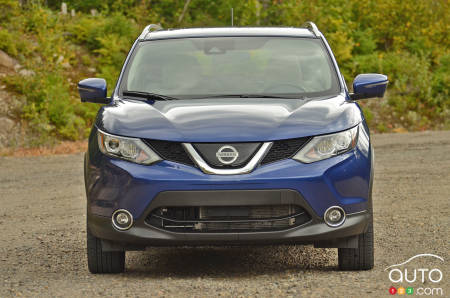 Perhaps the most distinctive element of this models is its size – as mentioned, it’s an in-betweenie. Which means it fits like a glove on the needs of those for whom the Rogue is too big.

Most significantly, the interior space available to occupants is roughly similar to that found inside the Rogue. It’s a little bit tighter in the second row, but it’s not a major loss. Where you do lose noticeably is in terms of cargo space: the Qashqai offers 1,730 litres of it versus 1,982 from the Rogue. But 1,730 litres in the sub-compact-plus category is a lot. Really a lot. Neither the Honda HR-V, renowned for its interior roominess, or the Subaru Crosstrek offer as much.

Which sums up the basic definition of the Qashqai: a small-format SUV but spacious enough for five. 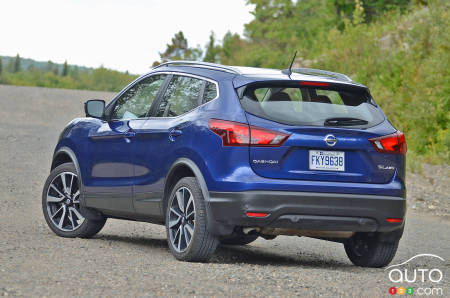 Versions
Three trims are offered for the 2019 Qashqai: S, SV and SL. The first two work with a front-wheel-drive configuration but with AWD available as an option, but the latter gets that as standard.

Pricing starts at $20,198 for a FWD S version. All-wheel drive takes that to $25,498, but the price difference pays for more than just AWD functionality; you get more standard equipment when that system is in place. 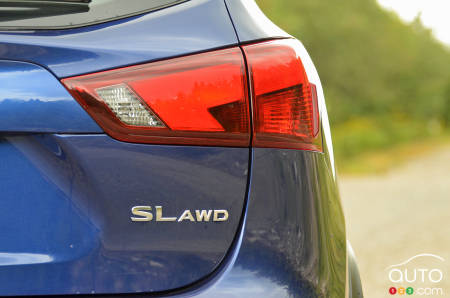 Let’s be clear, the Qashqai is a recommendable product on its merits, but at that kind of price, well no. The sweet spot for this model, in my view, is an SV trim with all-wheel drive priced at $28,298.

The important step is the one you take early on in your shopping process, that is to say when you identify and evaluate your needs. If that takes the Qashqai to a price point above $30,000, best look to the Rogue, which will give you more for your money.

Comprehensive list of equipment
That said, is spending that kind of dough on a smallish vehicle is no barrier for you, the list of stuff you get with the Qashqai is pretty long. There’s the power sunroof, for one, as well as anti-fog lights, heated steering wheel, navigation, voice recognition, auto-dimming rearview mirrors and 9-speaker Bose audio system. The last two of those goodies come standard with the Platinum package. 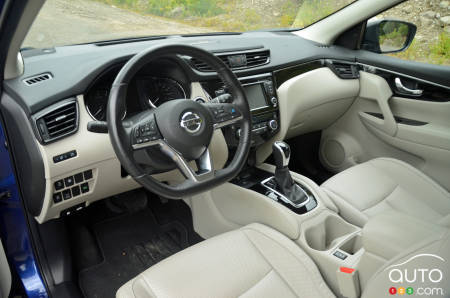 Once again, it’s worth your time to list out your needs and priorities.

Fuel economy over fun
Nissan dis not bestow on its Qashqai an engine renowned for its pyrotechnics. The 2.0L 4-cylinder delivers up to 141 hp and 147 lb-ft of torque. Better not be in a rush, is all we can say.

To get the most pep out of that engine, you have to get aggressive with the accelerator. It’s a more pleasant experience when you’re working with the base model’s standard manual gearbox, and that’s because otherwise you’re dealing with a competent but soul-sapping CVT (continuously variable transmission). 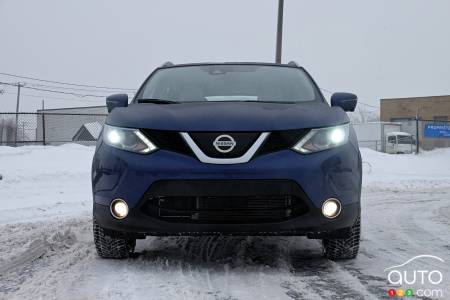 A bit more power would be nice, obviously, but remember that the main purpose of this vehicle is not to catapult you off the line. Fuel economy is the keyword here, and in that respect, as usual with a Nissan, it’s mission accomplished. The official numbers for the Qashqai are 9.1L/100 km (city) and 7.6L/100 km (highway). In our week of real-world driving, we wound up with an average of 8.3L/100 km.

At the wheel
I used the word neutral earlier, and that’s because it perfectly sums up the drive this crossover delivers. The steering is a tad too assisted, the braking a bit spongy, the suspension on the soft side, etc. But again, as long as driving pleasure is not high on your priority list, you’ll be satisfied with what you get from the Qashqai, because what you get is reassuring and competent.

As bonus, the interior is actually comfortable.

In terms of safety, the product offering varies from trim to trim, but the most important element that stuck out for me was the vehicle’s performance in an obstacle avoidance test carried out by a Swedish testing firm.

In the video published by the firm, you get a great view of the vehicle as it weaves from left to right without any fuss or muss. According to the testers, the Qashqai was best in class in this test.

For any consumer that’s a rock-solid argument in its favour, in our view. 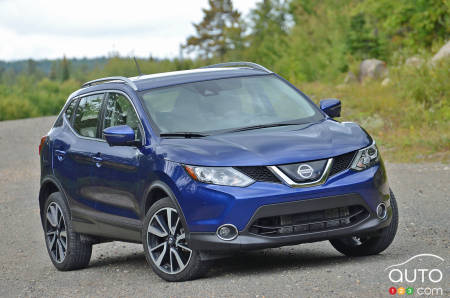 Conclusion
The Qashqai is far, far removed from the more exciting small SUV models on the market, but it precisely meets the needs of large swaths of the driving population, which of course explains its popularity.

We journalists love to talk about driving pleasure, but I acknowledge that sometimes that takes a back seat to functionality and practicality.

The Qashqai is a prime example.

That said, it also doesn’t all that much to stand out in its category, which means you could well choose to geo just a little smaller and find something more dynamic, for example from the Hyundai/Kia duo of South Korean automakers with their Kona and Niro, respectively. 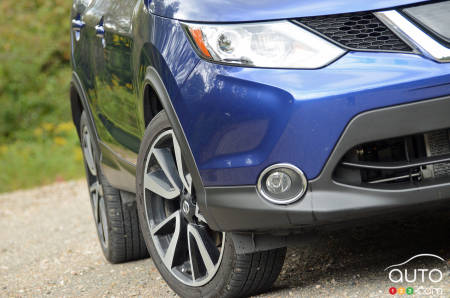 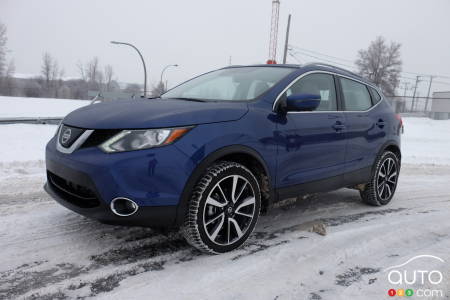 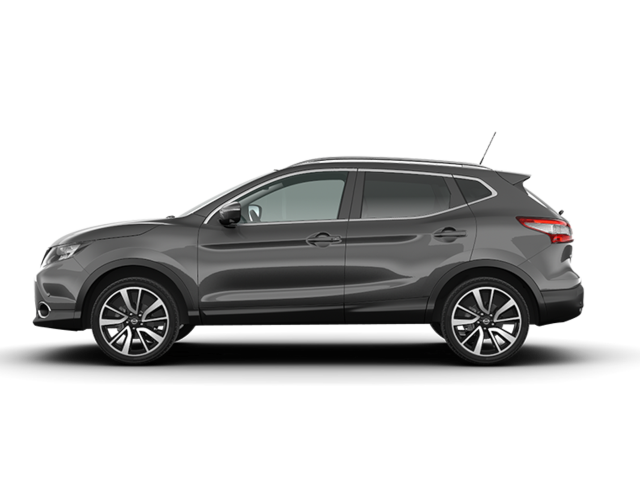 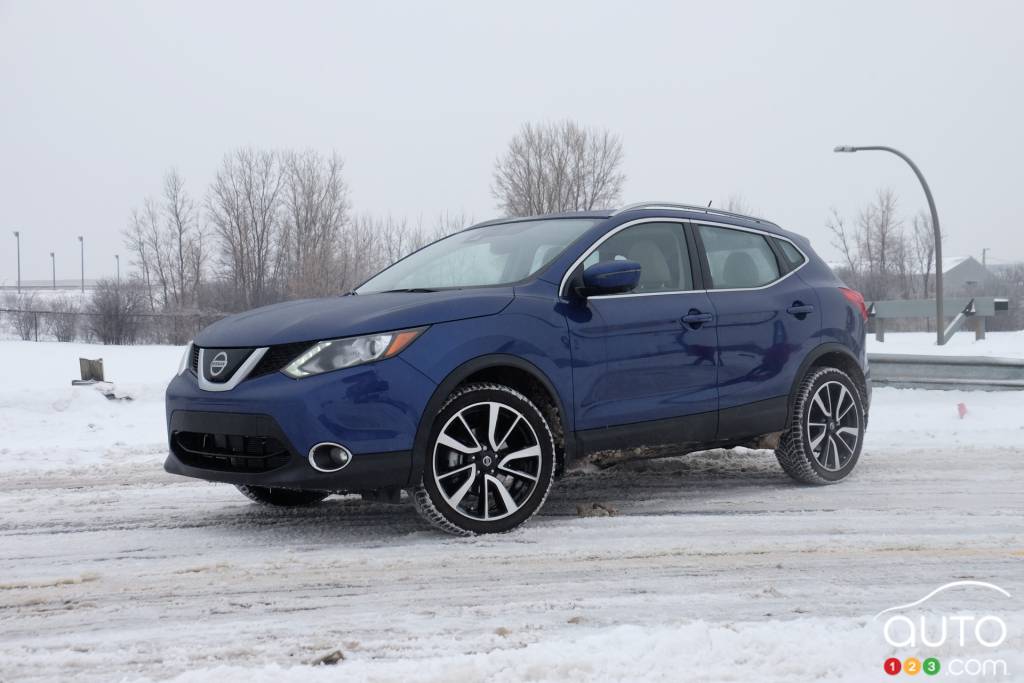 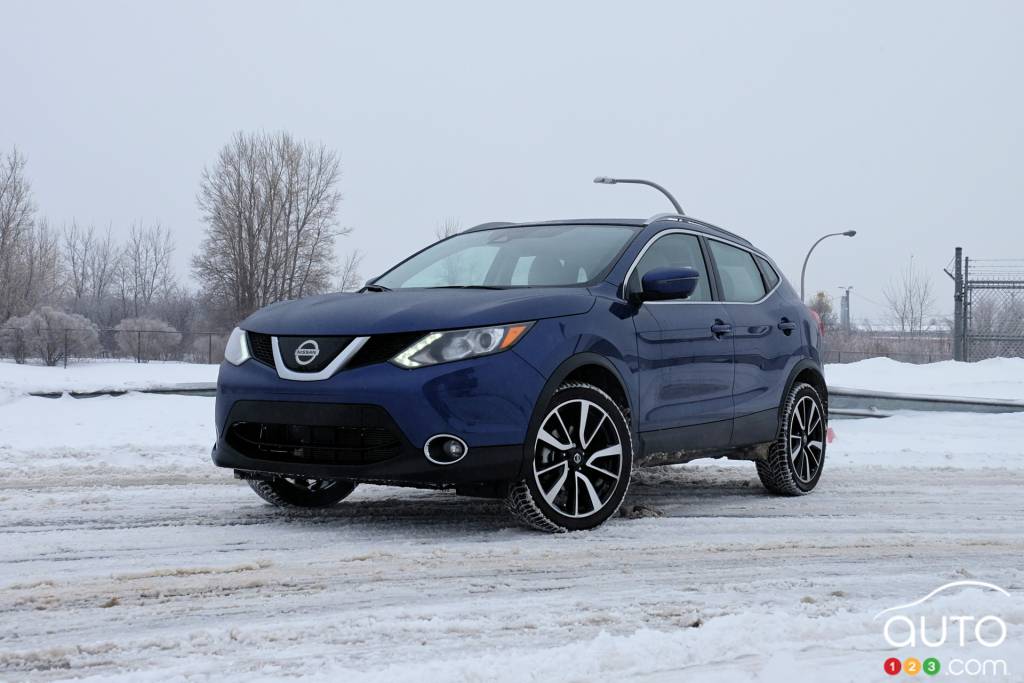 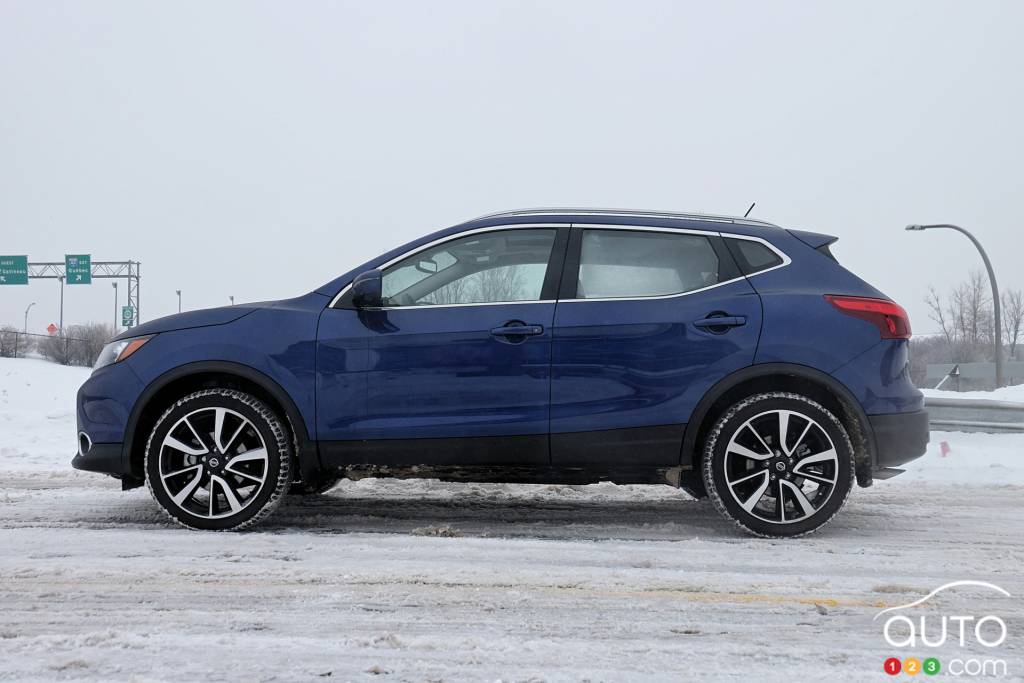 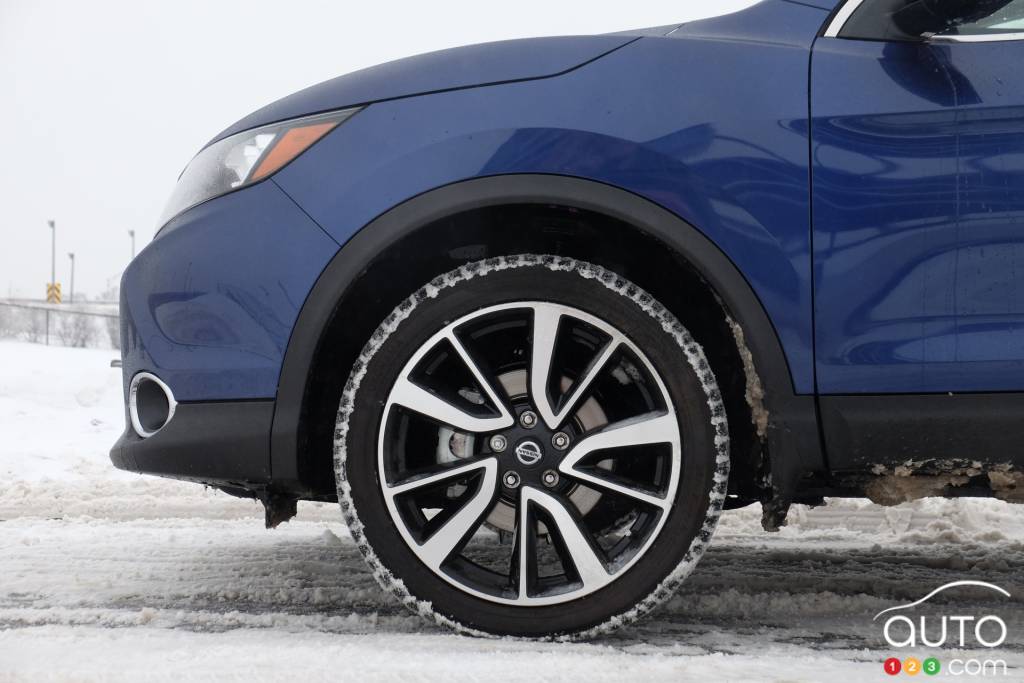 How to choose between the 2019 Nissan Qashqai and the 2019 Subaru Crosstrek? Auto123.com compares a city mouse with a country mouse.