At the last Tokyo auto show, Nissan first unveiled its IMx concept; then the Japanese automaker presented it at this year’s Geneva show, and we had reason to believe it was on its way to reaching the production phase.

While Nissan is still firm in its intention to produce the all-electric SUV, the company is now saying that the model won’t be ready in its final version for another two years. Nissan’s head of design, Alfonso Albaisa, confirmed the news in an interview with website IndianAutosBlog during an event being held in India this week.

The news, while having the virtue of clarifying things regarding the model, is disappointing nonetheless. Nissan had been a pioneer among mass-market manufacturers in the electric mobility domain with its LEAF, and yet in 2018 it still only offers the one fully electric product.

Not only that, but when the renewed LEAF was unveiled, many were disappointed and felt that it hadn’t been renewed… enough. And we’re still waiting for the 60 kWh battery pack that will increase the range of the model.

As for the IMx, Nissan says it will share the LEAF’s platform, though it’s worth keeping in mind that the company is currently developing another architecture that will underpin Renault, Nissan and Mitsubishi vehicles. We’ll have to see if the company changes its mind at some point further down the development road.

For the moment, it is expected that the IMx will have a range of 360 km.

We’ll be keeping an eye on progress in the development of the concept, likely via upcoming auto shows. 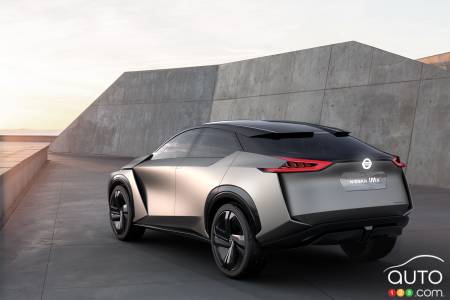 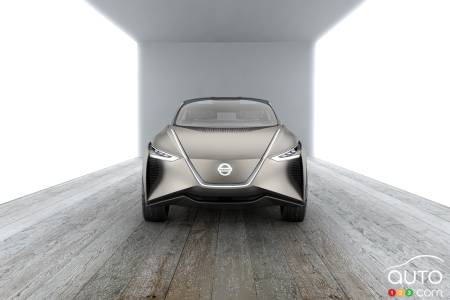 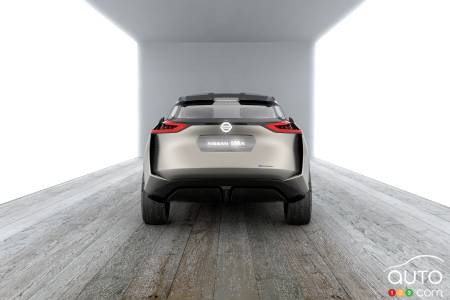 After seven years of strong growth in North America, a difficult beginning to 2018 has forced Nissan to revise its strategy. The Japanese automaker will focu...