The NHTSA (National Highway Traffic Safety Administration) in the United States is opening an inquiry after receiving reports regarding the emergency automatic braking system of the Nissan Rogue. The agency has received some 840 complaints from owners of this popular model, the best-selling vehicle for Nissan in the U.S., to do with unexpected braking on the part of the automated system.

Specifically, the complaints allege the system applies the vehicle’s brakes when there are no objects or obstacles in front of the SUV. According to the NHTSA, 14 accidents and 5 injuries have been attributed to the problem.

Nissan released a statement that it has been in contact with the NHTSA and that it is also looking into the issue at its end. The company confirms that it has notified vehicle owners that a software update for the system is available free of charge, and that downloading it will improve the performance of the Rogue’s automatic emergency braking system.

For its part, the NHTSA is looking into the cause of the unexpected braking and will evaluate if the measures being taken by Nissan are adequate. In all, some 550,000 2017 and 2018 Rogue SUVs are potentially affected. The NHTSA also says it is taking a close look at these types of systems in general as they have become widespread across the industry.

The problem with the Rogue in particular was first brought to the attention of the NHTSA by the Center for Auto Safety, which recommended that Nissan issue a recall of the affected vehicles. The Center says it is happy to see the NHTSA open an inquiry, but that that shouldn’t prevent Nissan from quickly coming up with a solution to the problem. The center adds that owners of affected Rogue SUVs should be informed of the issue rapidly.

Last February, you might recall, Nissan Canada issued a recall of 75,358 2017 and 2018 Rogues and Qashqais, explaining that a metallic structure like a track at a rail crossing or a sign hanging above the road could activate the emergency braking system. 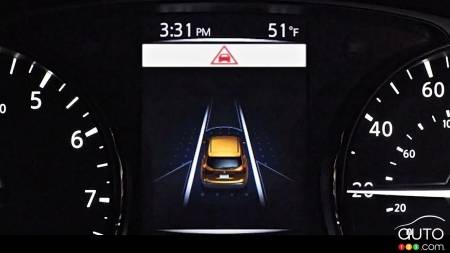 A suspension problem affecting some 374,000 2013 Nissan Altima cars is being looked into by the NHTSA. There have been reports of components of the rear susp...

Fiat Chrysler gets second $70M fine in the U.S.

Another semester, another $70 million fine for Fiat Chrysler in the U.S. The automaker has failed to report vehicle crash deaths and injuries since 2003.