At the beginning of this month we reported that Nissan was preparing to unveil a new Versa at a special event in Fort Lauderdale, Florida. However, rumours did fly to the effect that only the sedan would be revealed.

The sedan version has not been available in Canada since 2014, but it continues to be offered on the U.S. market.

There was much questioning regarding the viability of a lineup including both the five-door Versa Note and the new Kicks; the two products are exceedingly similar in format.

The denouement of all this came this week south of the border, as the carmaker confirmed that the Versa being presented in Florida is a sedan. Nissan’s Canadian division has confirmed that this version won’t be offered in Canada. Meanwhile the Versa Note has been cancelled.

This of course means the end of the Versa in Canada. 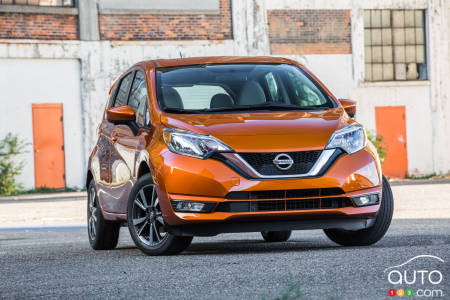 Sales in freefall
When the Versa Note was revised (and renamed) for 2014, it generated its best sales year in Canada, with 13,314 units sold. But by last year, that figure had melted down to 6,430. A good number of those former buyers did stay with the brand, of course, heading over to the sections of Nissan showrooms devoted to SUVs…

While the Kicks is more expensive than the Versa, it’s more modern and of course, it’s pitched as an SUV, which resonates much better with consumers.

That last point is significant, and shows how perception sometimes trumps the facts. For example, the cargo space offered by the departing Versa Note is superior to that of the Kicks. 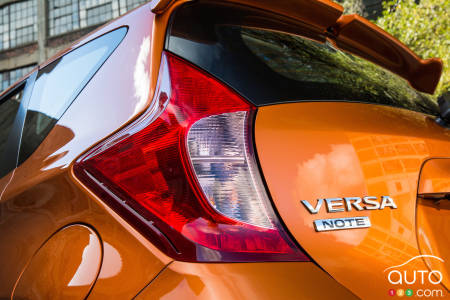 The NHTSA has launched an investigation amid reports of issues with the emergency braking system of the Nissan Rogue. The agency has received 87 complaints i...

Nissan announced that it will present an all-new Versa next month, but it won’t be at a car show. The premiere will take place during the Tortuga music festi...