We’ve all encountered phantom vehicles. We’re driving along a road after sunset, and all of a sudden we find in front of us a vehicle in motion, with its lights off.

In the past, this was because the driver had not turned on their vehicle’s lights. But that has long since changed. In fact, the phenomenon of phantom vehicles has grown along with the advent of automatic daytime running lights (DRLs). With headlights always on, drivers might not notice that with the DRLs, their rear lights are turned off. Because they have a light in front and their dashboard is illuminated.

For several years now, there have been increasing calls for regulatory changes that would, for example, compel automakers to produce new vehicles with automatic rear lights, or else with dashboards that remain off if the lights are not on.

This way, the driver is automatically alerted if their vehicle’s lights are not on. 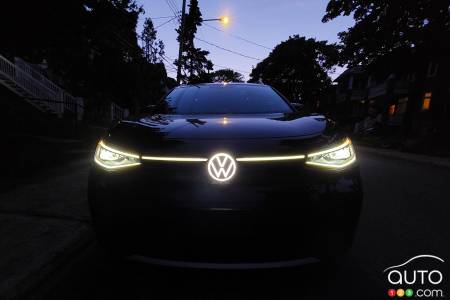 Here is how this issue is explained on the Transport Canada website.

“Vehicles driven in the dark without lights, or “phantom vehicles,” are a serious safety risk. Some drivers think a lit-up dashboard means their lights are on, which may not be true. It’s also important to use proper lighting in bad weather.”

Now, Canada hopes that the phenomenon of phantom vehicles is on its way out, thanks to new regulations applying to new vehicles sold in the country. As of September 1, 2021, new lighting standards to help drivers see other vehicles clearly, and also ensure they are visible, are in effect. The standard was first announced on December 12, 2018, and the interval from then to now was designed to give manufacturers time to make the necessary adjustments.

As of now, every new vehicle sold in the country will have to come with one of the following features:

Note that the new regulation applies to cars, pickup trucks and SUVs, but also to three-wheelers, heavy trucks and motorcycles.

This is great news, though for the foreseeable future, we’ll still encounter phantom vehicles until older vehicles disappear from the landscape. That will take some time, obviously.

Which means that it remains up to the vast majority of Canadian drivers to be diligent about their vehicles being properly lit at night.

The Government of Canada has announced it will propose amendments to federal Motor Vehicle Safety Regulations to require that all hybrid and electric vehicle...