The electric shift in the automotive world leaves pure driving enthusiasts without the two essentials that make them most happy: a gasoline engine and a manual gearbox. For the former, there’s really nothing to be done. But there may be hope for the latter, because as this converted Porsche 356 shows us, the marriage between the electric motor and the manual transmission is possible. We're even talking about the model's original four-speed transmission.

This was made possible thanks to the work of Electrogenic, a company based in Oxford, England. The company has been doing classic car conversions for some time now, having done so with a Volkswagen Type 2, a Beetle, a Rolls-Royce Silver Shadow and a Hudson Commodore.

However, it's the group's latest creation that's created a new buzz, and it’s because this Porsche keeps its manual transmission, even with a new all-electric powertrain. Electrogenic even respected the original configuration of the car with an electric motor located at the rear, and which is air-cooled.

As for the solution that allowed them to marry the manual transmission to the electric motor, it's simpler than you might think. Basically, the electric motor was connected to a top element, which in turn connects it to the flywheel. The power is then transmitted to the pressure plate and the original clutch. A special adapter then allows the whole assembly to work.

The video showing the converted 356 on the track tells us more about how it works, which is similar to how it was originally, except for the extra power. It is possible to put the gearbox in third gear and let the torque do the work, but if you decide to shift gears, you have to use the clutch, as you would if a gasoline engine was present.

Electrogenic is not the first company to build an electric vehicle with a manual transmission. And it's reassuring to see that many are interested.

If manufacturers follow suit, it will help make the electric motor easier to accept for many, while making the experience all the more enjoyable for those who want it. 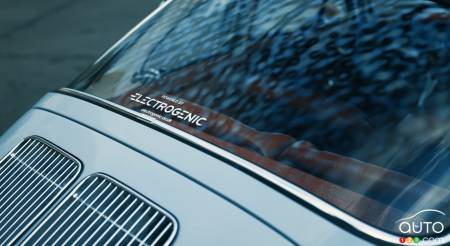 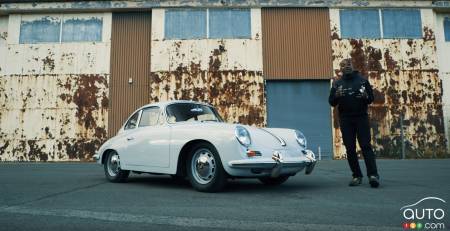 Porsche’s Taycan Is Outselling its 911 This Year

Here’s a Fun Friday Fact for you: During the first nine months of the year, Porsche sold more units of the Taycan electric model than of the iconic 911. That...

Porsche 911: Combustion Engine to Stay At Least Until 2030

Porsche has confirmed that its 911 will retain a combustion engine until at least 2030. Electrification, in hybrid form, is in the plans, however. When that ...