About a year ago, Porsche announced that the next generation of its Macan SUV would be electric-powered, built on an EV platform and developed conjointly with fellow Volkswagen Group member Audi.

The electric Porsche Macan is expected to debut in 2022 or 2023, when the current Macan reaches the end of its life-cycle (as per the usual seven-year time-frame employed by Porsche). Right now, it seems evident that at that point not all consumers will necessarily be ready to make the leap to EVs, and so Porsche says it will continue to sell the current gas-powered Macan alongside the redesigned new electric version. This comes courtesy a report in Car and Driver, which cited an internal source at the German automaker.

The current Macan got a mid-cycle update in 2019, and it continues to be the brand’s top-selling model. The internal source also told the magazine that the model will get another update concurrently with the debut of the electric version, so that both feature the same or similar styling.

No PHEV
We also learned that Porsche will not produce a Macan with a plug-in-hybrid powertrain, simply because the battery pack required for that would eat up too much of the trunk space. A light-hybrid system could be a feasible alternative.

Notwithstanding its plan to prolong the life of the combustion-engine Macan, Porsche remains committed to increasing its lineup of electrified vehicles. The automaker estimates that those could make up 50% of its sales by 2025. 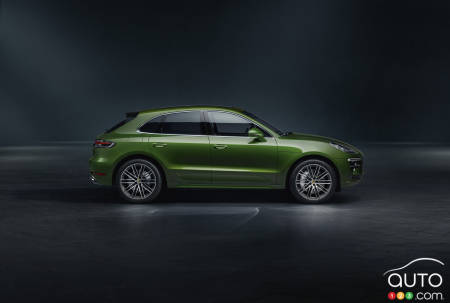