Porsche’s first all-electric car continues to make its way to the production phase, and to its official public debut next September 4th. Final testing and adjustments are reaching an end, and one major step was just passed successfully as Porsche put the model through a last 24-hour endurance designed to reveal any possible faults. The Taycan passed with flying colours.

In case you’re wondering, six different drivers took turns driving the EV over the course of the 24 hours. 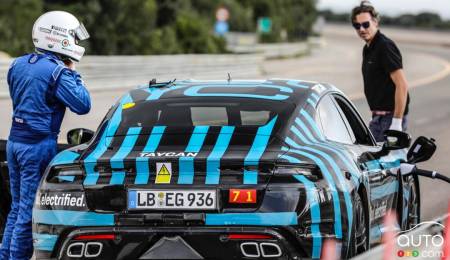 If the average speed seems a little pedestrian for a Porsche, that’s due mainly to the need to stop. According to Porsche, the car generally averaged between 121 and 133 mph (or between 195 and 214 km/h). And those speeds were laid down on one of the hottest days of the summer, with temperatures reaching 41.6 Celsius.

That kind of heat is not particularly kind to EV batteries. The company says the strong performance of its Taycan is due to the 800-volt electrical system, the first of its kind to make it into a production vehicle. The system was used by Porsche in a car known as the 919 that finished first at the 24 Hours of Le Mans.

The 800-volt system allows for fast charging, is more lightweight and is able to better manage extreme temperatures. It can also be pushed hard, as in this test, without losing its performance capabilities. 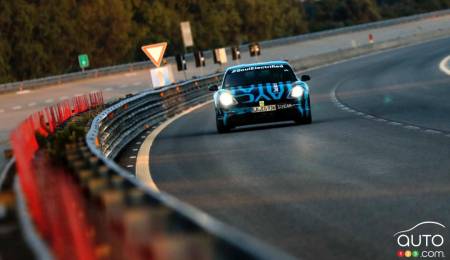 Most longer-range electric vehicles use a 400-volt system, but the upcoming Aston Martin Rapide-E will also use an 800-volt unit.

The 800-volt system was also recently put through acceleration and braking tests during a series of 0-200 km/h accelerations and decelerations. The series involved 26 reps, and the Taycan clocked nearly identical times every time, with the deviation never exceeding 0.8 seconds. On average, the Porsche EV can accelerate from a stop to 200 km/h in 10 seconds.

The Taycan is set to debut shortly – in fact we’ll be at the launch event in two weeks, so stay tuned for that. If you’re itching to get one, we suggest you hurry. Almost all of the 40,000 units set for production in the first year have already sold. 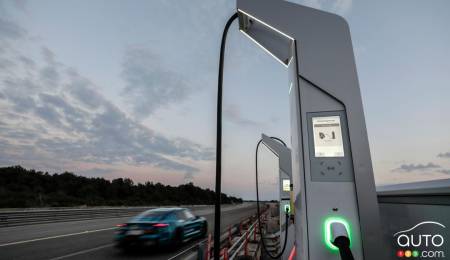