Volkswagen's ID.4 electric SUV has only just arrived in Canada, and already the German automaker is set to introduce another vehicle that will, in all likehood, eventually be available in North America. The ID.5. is essentially a coupe-style variant of the ID.4.

Volkswagen plans to introduce the ID.5 at the Munich Auto Show in September. In anticipation of the big reveal, the company shared photos and a short video yesterday.

Confirmation that the model was on the way was originally made last February by the brand's boss, Ralf Brandstaetter, during a presentation at the Volkswagen group's plant in Zwickau, Germany, which is where the ID.3 and ID.4 models are also assembled.

At the time of writing, Volkswagen has not confirmed whether the ID.5 will be sold in North America. However, given its obvious relationship to the ID.4, which will be built at the company's U.S. plant in Chatanooga, Tennessee, among other places, it's safe to assume that it will be. 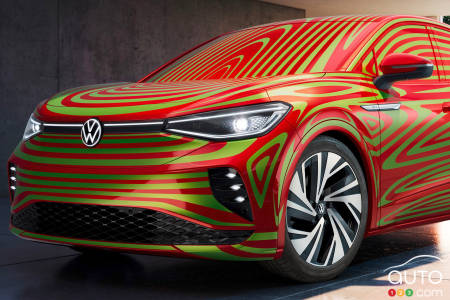 In fact, there’s little difference between the two models, at least going by what the company just teased. The main difference involves the roof, which is more plunging towards the rear, as well as the presence of a spoiler at the bottom of the rear window; on the ID.4, it's integrated into the roof.

Inside, we expect to find the same essential ingredients, namely a 5.3-inch digital display dashboard and a 10-inch screen for the multimedia system (12-inch screen optional). That screen is perched on the dashboard above the centre console. We also fully expect, given the design, that cargo volume will be reduced in comparison with the 4. It remains to be seen by how much.

As for the powertrain, again, logic dictates that we'll find the same thing as in the ID.4. That EV has an 82-kWh battery and a single-motor configuration for the 201-hp rear-wheel-drive version (Pro), with the all-wheel-drive model with two motors and 302 hp (AWD Pro) optional.

We'll get back to you with more details once the vehicle has been officially introduced. 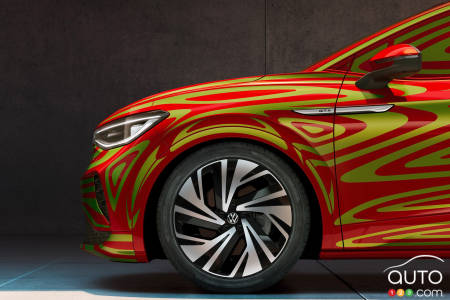 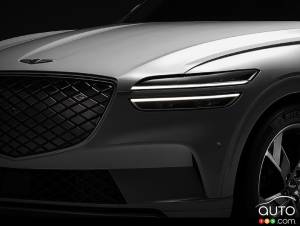