Earlier this week we shared some initial details and a couple of images of VW’s ID.5 GTX, the upcoming “coupe” variant of the Volkswagen ID.4. Volkswagen today let slip a little more information about the next all-electric model it intends to launch here, accompanied by more images that revealed more about the model.

These slips are no slips at all, of course. The company wants to make a successful electric debut in the U.S., and pumping up pre-launch interest in its latest EV is the best way to do it. To date, Volkswagen has sold just over 6,000 units of its ID.4 in the first half of the year. That's about half as many as Ford's Mustang Mach-E, but still respectable numbers.

As for the ID.5 GTX, which will be unveiled at the Munich Auto Show in early September, VW shared a bunch of new images that reveal more, but are still of a camouflaged model, designed seemingly with the purpose of inducing headaches. 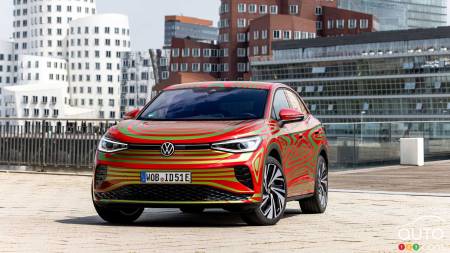 The camouflage does little to hide the model's proportions, or the presence of a rearward sloping roofline, so both are noted. The company also mentions that the ID.5 GTX will be its first “coupe” electric SUV, foreshadowing the addition of such variants for future models.

The main differences between the ID.4 and ID.5 will be in styling and cargo space.

As for the GTX suffix, we'll have to see. It is used for the ID.4 on the European market and indicates a more powerful model. Here in North America, the most powerful ID.4 model is known as an all-wheel drive (AWD Pro) product.

We won't have to wait much longer for full details; the model making its debut at the Munich show next month is a production version. 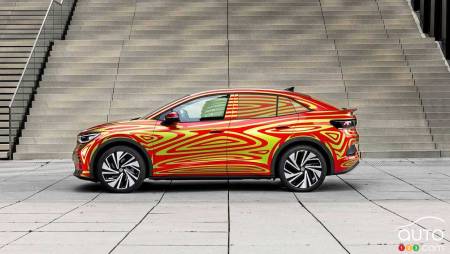 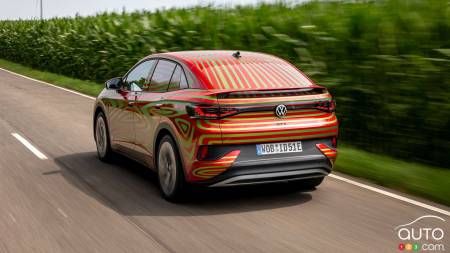 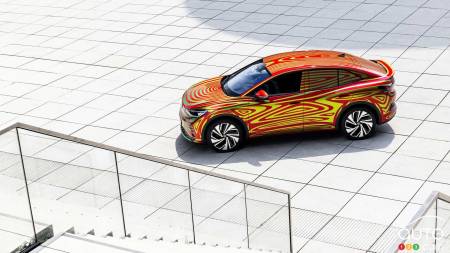 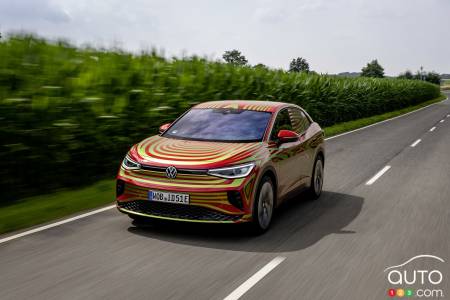 Volkswagen is about to launch another member of the ID family of electric vehicles. Set to debut in Munich next month, the ID.5 is essentially a coupe varian...

Volkswagen has confirmed that another electric SUV will be joining its ID model lineup. The automaker has not confirmed whether the ID.8 will be sold in Nort...