The labour dispute that affected GM in late 2019 continues to have repercussions. One of the vehicles directly impacted is the Chevrolet Corvette, production of which has been delayed until February 3.

Now, the Chevrolet division is facing another challenge, which is to ensure that all vehicles that have been ordered are actually built before the start of production of the 2021 models. That is scheduled for September 1, 2020.

It appears folks at GM have been doing some math, and the numbers don’t add up.

It will be frankly impossible to produce all of the ordered units in time for September 1. Mike Davenport, a sales representative at Bachman Chevrolet in Louisville, Kentucky, learned that the company plans to reduce the number of vehicles allocated per dealership as a result.

"I found out three weeks ago that we were looking at losing about 15% of the vehicles promised to us," Davenport said in an online forum dedicated to the Chevrolet Corvette. Some further research on his part revealed that production will be reduced by about 20% due to the production days lost as a result of the labour dispute. 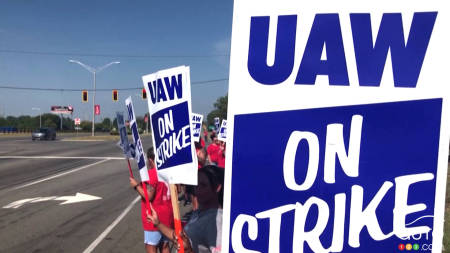 Davenport said not everyone who has ordered a Corvette C8 will be affected. In his view, dealers can still end up additional models, and larger dealerships will likely not be affected, especially if they have firm orders in their possession. The cut will rather affect dealers who may not receive all the models they had hoped for are those who have charged a higher price for the model or those who wanted to build up inventory. Chevrolet will give priority to individuals who have already placed an order.

Consumers who have reserved a copy but don't receive it in time will be entitled to a 2021 model. They won't have to pay more either, even though next year's model is expected to be more expensive. The increase would be delayed until all orders for 2020 models have been filled.

If you've already reserved your Corvette C8, we suggest you keep a close eye on the situation. We are checking with Chevrolet Canada to see if the issue described will also affect Canadian consumers, and we'll update you as soon as we know more.

Chevrolet has confirmed that production of its new 8th-generation Chevrolet Corvette will be delayed due to the recent strike action by GM workers. Assembly ...

The 2020 Chevrolet Corvettes Planned for This Year Have N...

The first mid-engine Corvette appears to be a big hit with fans of the iconic model. One of the company’s representatives has confirmed that the C8 models sc...