General Motors (GM) is having to issue a second recall of pickup trucks that it repaired just last month. The repairs carried out to fix the initial braking issue can result in a new problem arising, which involves the electronic braking system failing suddenly.

At the tail end of December, GM recalled close to 550,000 pickup trucks (and Cadillac CT6 sedans) globally due to a software issue that could inadvertently deactivate the vehicle’s anti-lock braking and electronic stability control systems.

The Detroit Free Press has reported that the software fix carried out at some GM dealerships on roughly 162,000 vehicles may have introduced a new problem with the electronic braking system. 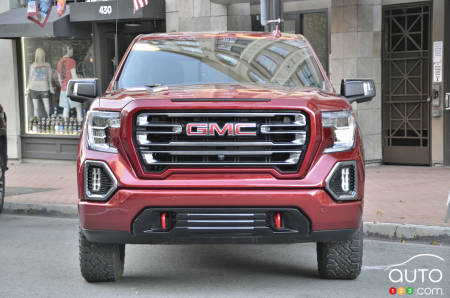 The automaker says it has received over 1,600 complaints from owners of the models that were recalled and repaired at dealerships. These claim that after starting their vehicle with the OnStar application, owners are noticing that the electronic braking function doesn’t work, forcing them to apply excessive pressure on the brake pedal to get the vehicle to stop.

The original software problem that led to the first recall also meant that warning lights didn’t come on, potentially keeping the problem hidden. But owners of vehicles that had the problem worked on have been reporting seeing wrning lights go on before the electronic braking function fails.

Dealerships have told some owners that the new issue only appears when the OnStar app is used to start the vehicle.

With the new recall, dealers will install a new software update on the affected vehicles, both those that had been worked on the first time around and those that had not.