A new speed record for a production car was attained this month as the SSC Tuatara reached a staggering 532.8 km/h. Yes, you read that right.

The car, created by American firm SSC (formerly known as Shelby SuperCar) and driven by Oliver Webb, broke the previous record set by the Koenigsegg Agera RS. The official figures actually refer to a speed of 508.6 km/h, as the rules for establishing the mark call for calculating the average of two peaks reached during two attempts in both directions of a road, in order to take into account wind, unevenness, etc. The two speeds must be recorded within one hour.

The previous top speed set by the Agera RS, was 447 km/h. So you could say the Tuatara did more than break the record, it smashed it to bits.

What’s most impressive, however, is the top speed achieved in one of the two attempts: 532.8 km/h. The video of the exploit remains impressive.

If you’re wondering where the Bugatti Chiron sits in all this, that car, known to be extremely fast in its own right, has reached a top speed of 490.5 km/h, but that was on a test track, which doesn't "officially" count. Even then, the SSC Tuatara was faster. 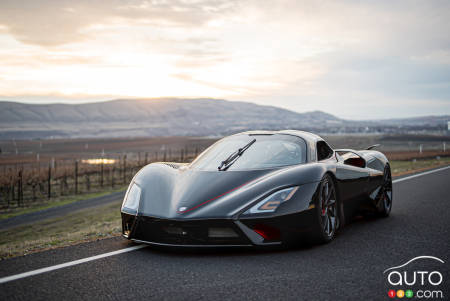 The record was set on an 11-km stretch of Route 160 near Pahrump, Nevada, which was of course closed to traffic for the attempt. Driver Oliver Webb explained afterwards that in his opinion the car still had more speed in it, and that the winds had worked against him.

"There was more. With better conditions, I know we could have gone faster. As I approached 532 km/h, the Tuatara climbed nearly 35 km/h in the last five seconds. It was still pulling well. The car wasn't out of breath yet. The side winds were all that kept us from reaching the car's limit.”

Under the sharp attire of the SSC Tuatara lurks a 5.9L twin-turbo V8 engine that can spit out up to 1,750 hp on E85 fuel. With 91-octane gasoline, the cavalry drops to 1,350 horses. A robotic 7-speed manual gearbox is responsible for the link between the mechanics and the wheels. 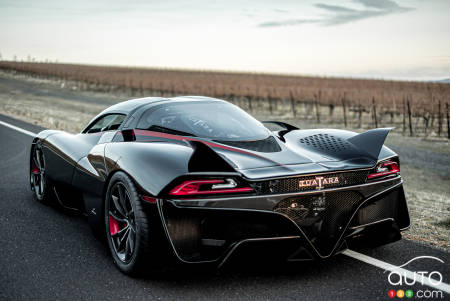 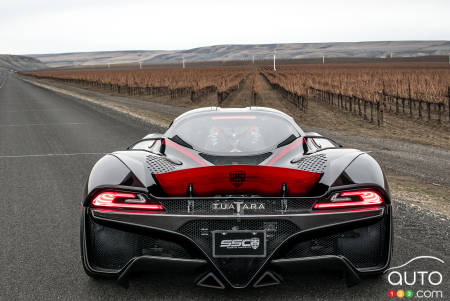 Z Shoes to Go With Your Future Nissan Z

Nissan is partnering with the Negroni brand to offer driving shoes in the colours of the new Z model. These will of course match the colour options that the ...

JCB Machines has tweaked one of its tractors and made it the fastest of its kind in the world, as recognized by Guinness. The pumped-up Fastrac attainted a t...