It's been quite some time since we've seen a new model from Acura, which only makes the arrival of the reborn Integra this year that much more of a big deal for the automaker - this even if fans have been disappointed about some of the announced features so far.

Official launch date is now just weeks away, and today Acura announced that production of the 2023 Integra is now officially underway at the company’s U.S. plant in Marysville, Ohio. 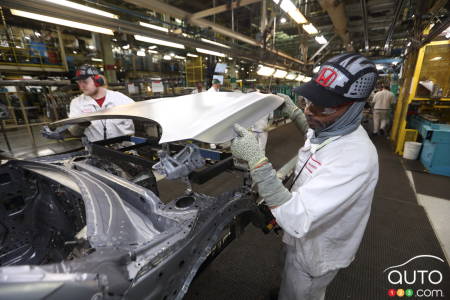 The Integra is built on the same assembly line that puts together the TLX sedan. The Honda Accord is also assembled inside the same facility. And today marks the first time a car bearing the Integra name is built in the United States, because in its previous life, the model was assembled in Japan. The Integra becomes the fifth car in the Acura lineup to be produced in Ohio.

The 2023 Acura Integra is equipped with the Honda Civic Si's 1.5L turbocharged 4-cylinder engine. That unit promises 200 hp, but we suspect it will be more powerful here. The base model is being offered in Canada for $34,350, and buyers can choose between a 6-speed manual transmission and a continuously variable transmission (CVT). 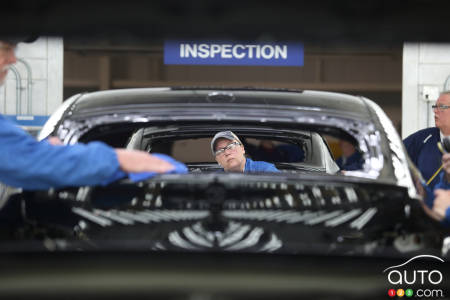 Acura has announced pricing in Canada for the reborn 2023 Integra, and confirmed the 5-door liftback will be at dealers in early June. Buyers will pay $34,35...

Unofficial images of the reborn 2023 Acura Integra's interior have surfaced online, and they reveal an approach that’s both different from and quite similar ...