For most of their existence, the WRX and STI models from Subaru have been variants of the company’s Impreza compact car. Except that with the last overhaul of that model, the company announced that going forward the two performance versions would become different products.

One result of this is that, while the Impreza itself got overhauled for 2017, we’re still waiting for new editions of the popular WRX and STI models. Japanese magazine Best Car has reported that those could appear in the latter part of 2020.

And when they do appear, if Subaru sticks to its word, the two cars will be heavily inspired by the company’s Viziv concept, a design study blessed by general agreement with seductive contours.

On a more technical note, the WRX and STI models will likely both be built on the company’s global platform, which actually debuted with the Impreza a few years back. This structure is more rigid and gives vehicles a lower centre of gravity – two factors that will reduce roll on curves. 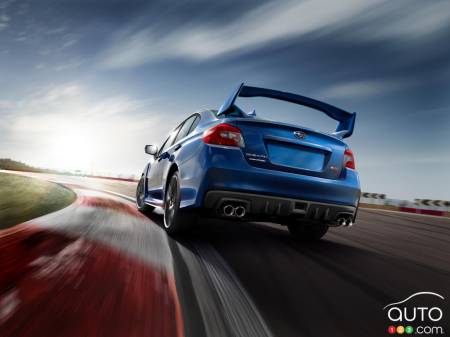 In 2017, an executive from the Japanese automaker mentioned that the performance versions wouldn’t be ready before 2020, due to the time needed to develop the powertrains that would drive them. It appears his prediction will have been spot on.

The latest information making the rounds has the WRX getting a 1.8L 4-cylinder working with a CVT (continuously variable transmission. The beefier STI is set to get a 2.0L 4-cylinder turbo engine with an output of 320 hp. In its case the transmission is a 6-speed manual.

We’re thankful for the latter, because honestly a WRX with CVT seems like a wonky idea at best.

We’ll know more about the two models possibly at the next Tokyo auto show taking place in the second half of October. Word is that Subaru could be presenting nearly production-ready concept version of the WRX and STI at that event.

In Subaru-loving Canada, one question that comes up among Canucks is: Just what is the difference between the Japanese automaker’s Impreza and WRX models? We...