Tiger Woods certainly doesn't need golf lessons, but driving lessons might be in order. It has now been revealed that a primary cause of the accident that left Woods severely injured and in hospital was… speed.

And quite a bit of speed. The five-time winner of The Masters tournament, which began today by the way, was driving nearly twice the speed limit allowed on the stretch of road he was on:  his Genesis GV80 was clocked traveling close to 90 mph (between 135 and 140 km/h), well above the allowed limit 450 mph (72 km/h).

Careless or reckless, call it what you will, the result was catastrophic: a spectacular trip into the ditch that fortunately did not involve other people or other vehicles. Woods suffered serious injuries that will require a long recovery period.

For now, of course, the athlete gets the benefit of the doubt since he could not give his version of the events, but the data collected on the black box of the GV80 SUV speaks for itself.

“The primary causal factor for this traffic collision was driving at a speed unsafe for the road conditions and the inability to negotiate the curve of the roadway,” he explained at a news conference. 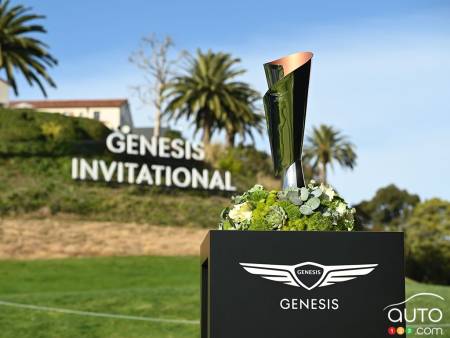 Photo: Genesis
The GV80 was loaned to Tiger Woods as part of the Genesis Invitational event

The stretch of road where Tiger Woods had his accident is known for the number of accidents that have occurred there and for the high speeds vehicles travel at. Because of its steep descent, there’s even an emergency truck lane just past where Woods lost control.

Sheriff’s Captain James Powers, superintendent of the police station near the crash site, said there was no evidence that Tiger Woods tried to brake. In fact, it is believed he inadvertently pressed the gas pedal instead of the brake pedal. He was wearing his seat belt at the time, and the SUV's airbags deployed.

The sheriff added that Tiger Woods told deputies he had not taken any medications or consumed any alcohol prior to the accident. Said Powers, "Those questions were asked and we got answers."

Detectives did not require a search warrant to collect blood samples that could have been tested for drugs or alcohol, or for access to Woods’ smartphone. Authorities said there was no evidence of impairment or distracted driving, so they did not have probable cause to obtain warrants. However, investigators searched the SUV's data recorder and it was the data recorder that revealed the vehicle's speed.

No citations were issued. The sheriff said Tiger Woods gave permission to authorities to reveal the details of the accident. Woods' agent, Mark Steinberg, did not immediately respond to a request for comment Wednesday.

The documents show Tiger Woods told authorities he did not know how the accident happened and did not remember driving. 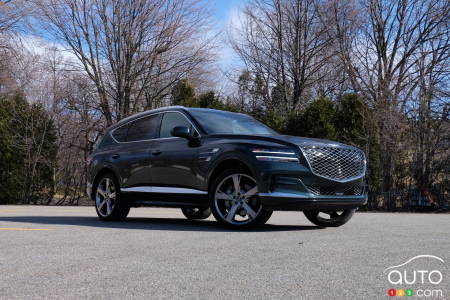 The 2022 Genesis GV80, the largest SUV in the Korean luxury brand's lineup, continues to impress with what it offers for the price. And indeed, this bang-for...

Genesis has confirmed it will introduce a new range-topping GV80 Prestige Signature edition fitted with second-row captain’s chairs in the U.S. For now, howe...