Here are 10 things you probably really want to know about the 2020 Jeep Cherokee.

Lightly refreshed in 2019, the Jeep Cherokee remains one of the more popular Jeeps on the market. While you might see more Wranglers on our roads, often topless, door-less and even with shoeless drivers at the helm, the Cherokee has given it the good fight to stay among the leaders for Jeep sales. Add to that its unbeatable pedigree and you have a formula for success that even 10 elements won’t fully explain. We figured we’d give it a try just the same…

See also our Review of the 2020 Jeep Cherokee Altitude

On entering the Second World War, the United States decided that it really needed a compact all-terrain vehicle. Two companies stepped up to give it a crack: American Bantam and Willys-Overland.

The army liked the BRC (Bantam Reconnaissance Car) prototype, but it lacked in torque, plus there were doubts the company could produce the model in sufficient quantities for the purposes of the military. The latter then took the Bantam design to Willys and to Ford and asked them to improve on it. The prototypes that came out of that process were the Ford GP and the Willys MA. Once an engineer at Willys stuck a powerful “Go Devil” engine under the hood of the latter vehicle, the Willys MB was born, and it became the U.S. army’s choice.

For production of the model, the army called on both Willys and Ford; after producing a few units as well, Bantam moved on to other projects. After all was said and done, two models were pressed into service: Willys’ Model MB and the Ford GPW (for Government, P somehow designating a 80-inch wheelbase, and W in honour of the original Willys design). 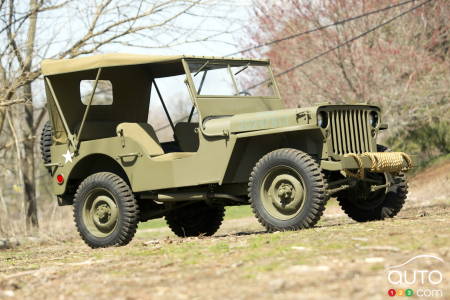 So where does the word Jeep come from? As the automaker has steadfastly refused to shed light on the name’s origins – nothing like a good mystery to generate free advertising – the theories have multiplied like rabbits over the years. For some, the name obviously refers to Eugene the Jeep, a character from the Popeye / Olive Oyl comic strip. Eugene, it seems, had the magical ability to go anywhere and do anything – just like a real Jeep! The concept of teleportation long predated Star Trek, it seems…

Others are convinced the word is derived from the Ford GPW name, although the General Purpose designation inferred by the GP letters has been contested by many.

A third theory holds that Jeep is an acronym that stands for “Just Enough Essential Parts”. As in, the vehicle was made up of just enough essential parts to keep it going, with nothing extraneous. That’s of course a universe away from the cargo ship-full of accessories that can be had for the new Jeep Gladiator! 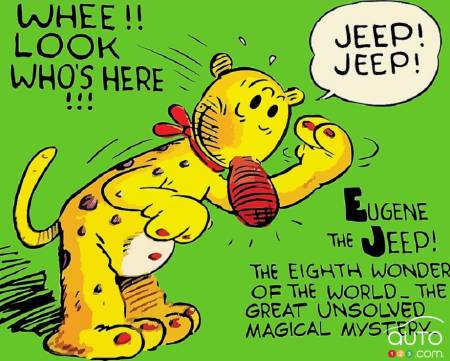 The 2020 Jeep Cherokee Altitude Altitude faces increased competition in its segment right when it begins to show some signs of aging. Here's our winter revie...