Now that January is in the rearview mirror, we know the results of automobile sales for 2019 for each manufacturer or just about. Over at Fiat-Chrysler Automobiles (FCA), some models are in freefall - generally the oldest players on the roster - while others are experiencing substantial growth.

Within the Jeep banner, it's the Renegade that suffered the most, with nearly 50% fewer units sold in 2019 compared to the previous year. The Jeep Cherokee was second in terms of decline, having found 34% fewer buyers last year – not an insignificant drop.

However, sitting just above that compact SUV in the lineup is a genuine old-timer, the Jeep Grand Cherokee, which saw its growth curve climb exponentially in 2019. How can an SUV launched in 2011 still sell so well when its little brother, three years younger, is already starting to lose ground?

My first response in trying to understand why is to point to the competition. The Cherokee now faces several stout pillars of the category – think the Toyota RAV4, Honda CR-V, Ford Escape and Nissan Rogue, to name but a few. But maybe the Jeep Cherokee itself is at least partly responsible for its own sales woes over the past year.

More-sober design
Not that it’s been neglected, exactly. The model got a redesign for the 2019 model year, the Cherokee having forsaken its controversial front-end layout. The headlights, for example, were repositioned at a more conventional height that makes the SUV look more mature when viewed from the front.

Has this bit of plastic surgery hurt the SUV's popularity? Chances are it hasn't, because frankly the overall shape of the SUV hasn't changed much. As before, the Cherokee at least has the merit of not looking like any other vehicle in its segment, thanks to styling that's a little closer to that of a traditional 4x4 than most. 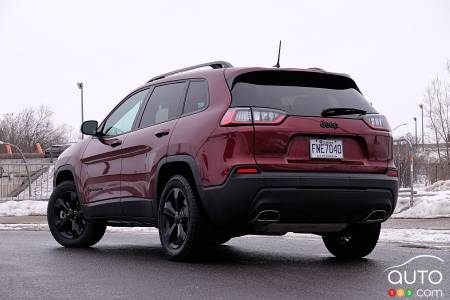 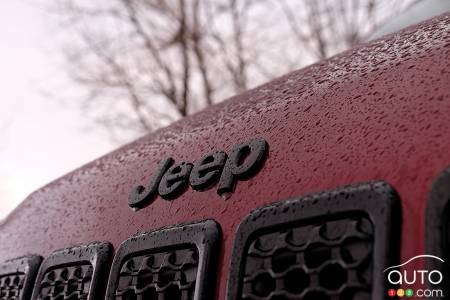 The Altitude version I drove for a week is found in the “bottom” third of the Cherokee lineup, which includes no fewer than eight different variants (Sport, North, Altitude, Limited, Trailhawk, High Altitude, Trailhawk Elite and Overland), and yet the price exacted to sit behind the wheel of the model is quite high. In fact, it costs $46,505 to acquire the 2020 Cherokee Altitude you see here.

Note that the price includes $1,895 for shipping and $100 federal A/C tax. So above and beyond the starting price of $36,745 for the Altitude, you can treat yourself to a richly equipped Cherokee... by dipping into the options. That may be part of the explanation for the model’s difficulties in its segment: the asking price!

A dark interior
As is often the case with more accessible trims, the color of choice inside the Jeep Cherokee is black. It's indeed very dark inside this crossover, but hey, you can't criticize this colour scheme, which is admittedly easier to maintain, especially when snow and slush get in the way.

While most of the Cherokee's interior materials are of good quality, notwithstanding a few cheap plastics here and there, it's the cloth upholstery that leaves a little to be desired. Let's just say they're not worthy of an SUV that costs close to $50,000 with taxes!

On the other hand, the space in both rows of seats is in line with the better entrants in the category; the same goes for the cargo space in back. The dashboard may not be the most elegant in the segment, but all controls are easy to use, from the thumbwheel to select the desired driving mode to the headlights on the left side, not to mention the climate control commands.

Finally, the 7-inch touchscreen isn't the largest in the industry in 2020, but image clarity more than makes up for it. Plus, the UConnect system is, we’ve said this before, impressively easy to use on a daily basis. However, I'd still like a return to basics for some of the main controls, like the heated seating and heated steering wheel. To adjust the former, you have to access the climate control menu on the screen.

Behind the wheel of the turbo model
Under the rounded hood of the 2020 Cherokee Altitude I drove sat one of the engines available as an option, the 2.0L 4-cylinder turbocharged engine that was added to the catalogue last year. This unit delivering 270 hp and 295 lb-ft of torque delivers more on paper than the alternative, a 3.2L Pentastar V6 making 271 hp and 239 lb-ft of peak torque.

Unfortunately, I was left wanting more after driving the 2020 Cherokee for a few days. Let's just say I never quite felt the full 270 horses of the engine during my accelerations. It didn’t help that, to my ears, the sound of the turbocharged engine isn't the most melodious in the industry. The 9-speed automatic transmission still suffers from a few irregularities from time to time, but in normal, unrushed driving, the unit does a good job.

There’s one negative aspect about this SUV that I couldn’t ignore, because I had my hands on it, all the time, when driving it. As is the case with certain other FCA products, the steering wheel is not the most pleasant to handle. To be sure, the Cherokee is not a performance model, but no matter, the piece of equipment you put your hands on at all times should be pleasant to grip.

Otherwise, I had no complaints about the comfort of the Cherokee, as the suspension fortunately has very little in common with the one that abuses spines in the Jeep Wrangler Rubicon.

As for fuel consumption, the weather during my wintry early-2020 test drive didn't make it easy for the Cherokee to shine in this department. Fortunately, the crossover still manages to be reasonably efficient on the highway when the engine is in cruising mode. My combined fuel-consumption reading was 11.4L/100 km after a week, above the Canadian EnerGuide average of 9.8L/100 km.

The last word
The Jeep Cherokee is the only SUV in its class (along with the Mitsubishi Outlander) to continue to offer an available V6 engine. While the flexibility of the V6 would have been welcome, the brand's lot in the medium term is to move away from bigger engines in favour of 4-cylinder turbocharged units. In my case, the results in terms of saving at the pump weren’t fantastic, but given more favourable conditions, the Cherokee would certainly have done better. 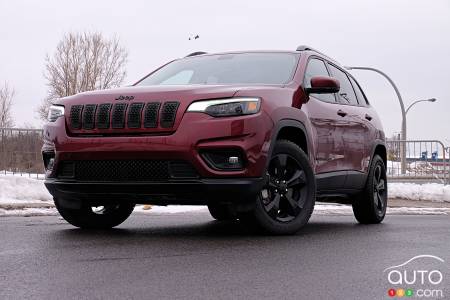 As I mentioned, Jeep’s compact SUV is suffering the slings and arrows of its high-quality and popular rivals in the segment. In recent years those rivals have stepped up their game substantially, so that in 2020, the Cherokee is starting to show signs of aging in comparison.

While it does have undeniable qualities, for instance its four-wheel drive system (the higher-end variants of the Cherokee are more sophisticated in that sense) and the ease of use of its infotainment system, these features don't outweigh the benefits delivered by sure bets like the Toyota RAV4 and the Honda CR-V.

Factor in the asking price, and it's easy to see why the Jeep Cherokee doesn't dominate its category for sales. 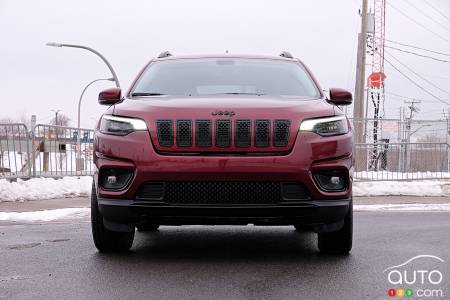 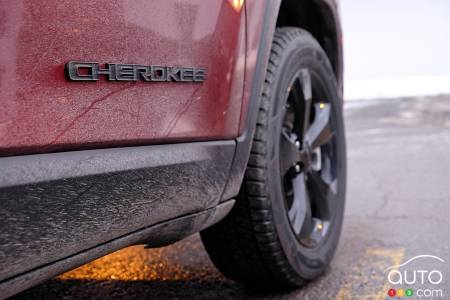 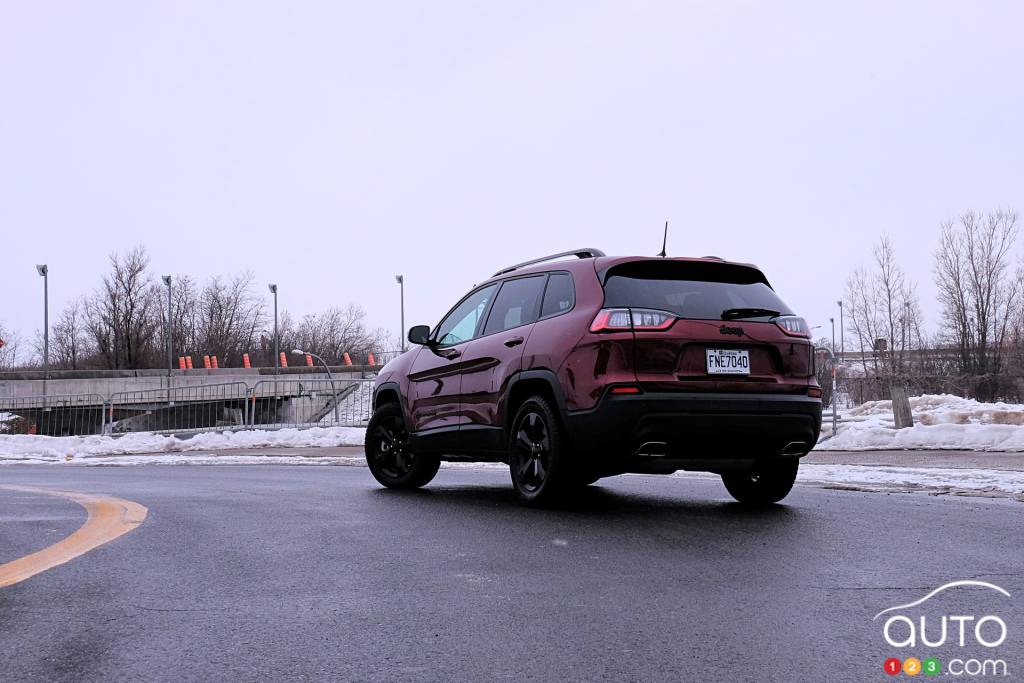 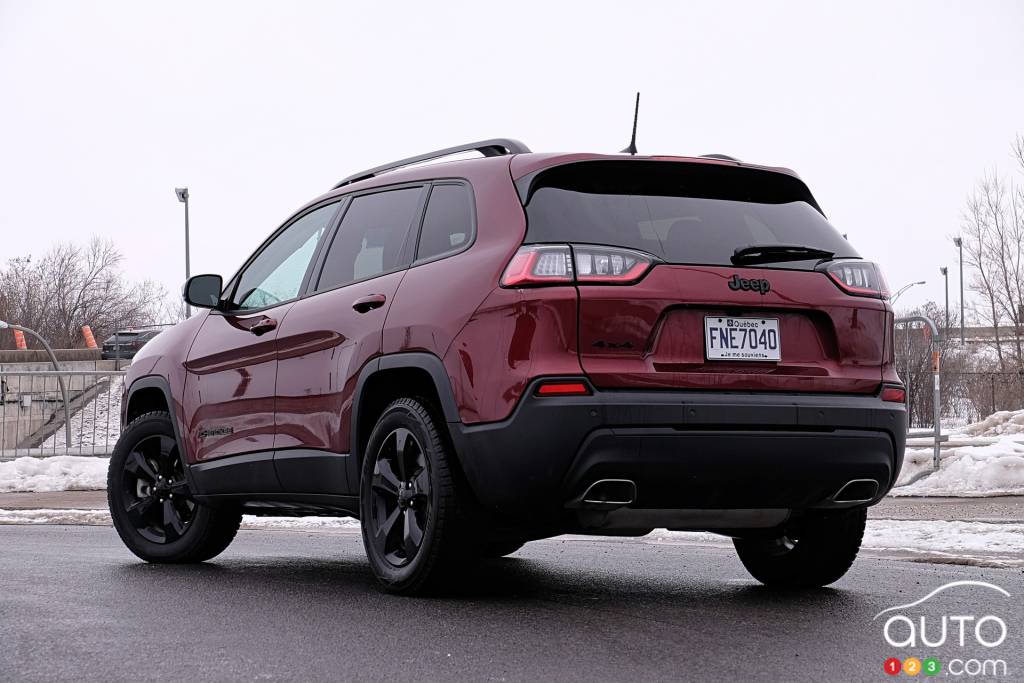 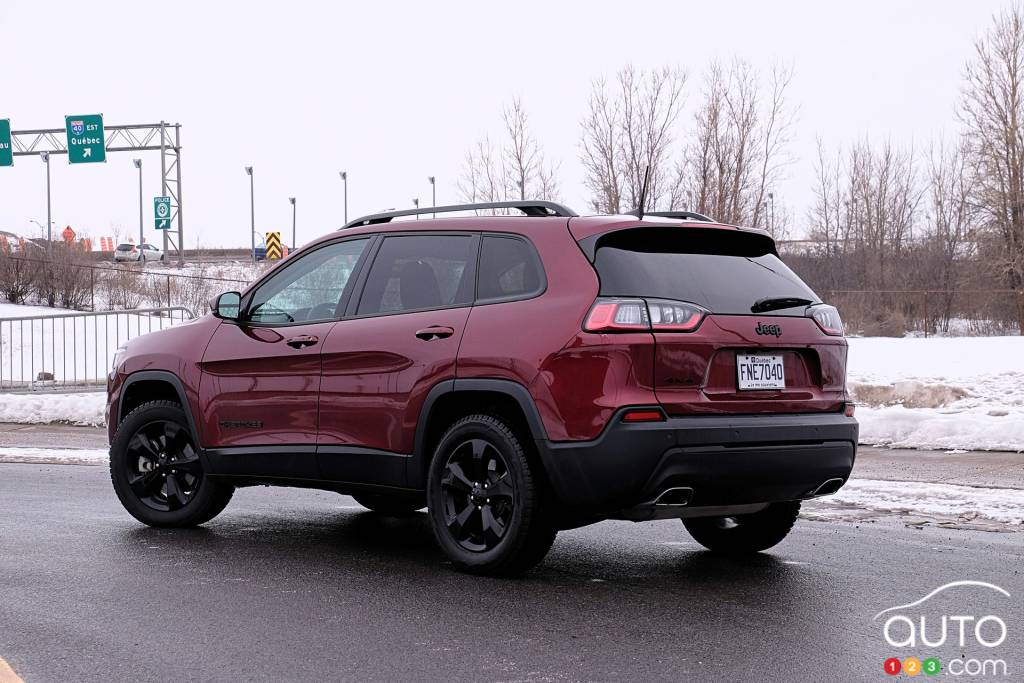 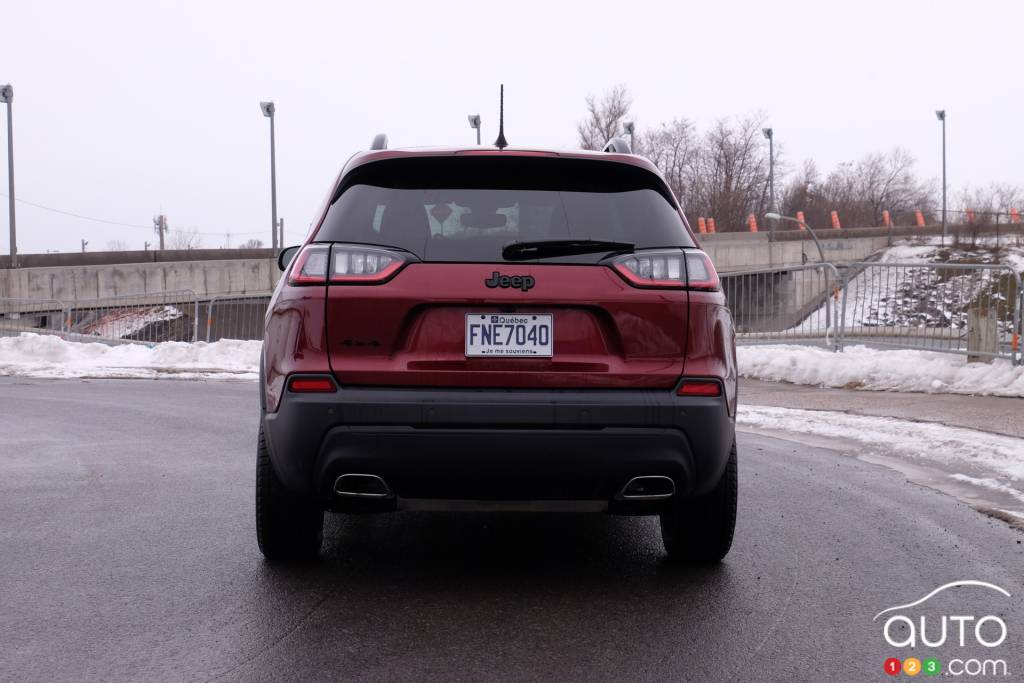 The 2020 Jeep Cherokee: 10 Things Worth Knowing

Auto123 decides what 10 things you really want to know about the 2020 Jeep Cherokee, an unsinkable chameleon of an SUV that remains to this day a cornerstone...