There’s no better way to broaden your horizons than to travel. For car enthusiasts, that includes getting a crash course in other people’s automotive culture. For us, venturing outside of North America allows us to discover creations we didn't even know existed.

Those who know me can guess I wouldn’t miss the opportunity to bring back a few shots of some notable vehicles I saw during a visit to the Caribbean this past February, not long before the curtain came down on leisure travel. Here is the second of two galleries that present quite different realities.

See also: The Vehicles of the Caribbean: Turks and Caicos

Aruba and Curaçao
The islands of Aruba and Curaçao are under Dutch jurisdiction, although they are practically within swimming distance of Venezuela. During our most recent visit there, we had fun taking pictures of products that we don't find at home... with a few exceptions.

American cars are a rare sight in the Caribbean and the local folks we spoke to there couldn’t really explain how the ones we do see got there. The most likely answer is that they were imported by North Americans who moved there at one time. Considering that, it's quite incredible to find this 1975 Chevrolet Monte Carlo still in working order. 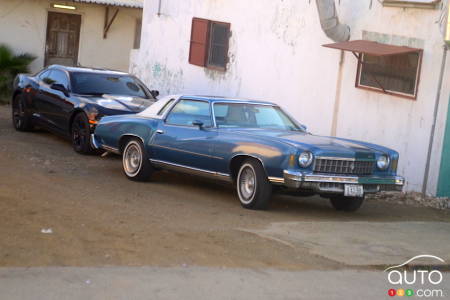 The Toyota Opa was produced for the Japanese market from 2000 to 2005. When we saw this car, we had the impression we were looking at an older generation of the Toyota Matrix. After a bit of online sleuthing, we realized we weren’t completely on the wrong track: In 2005, the Opa was replaced by the Toyota Voltz, which was based on the exterior of the Pontiac Vibe, which happened to be the cousin of the… Toyota Matrix. 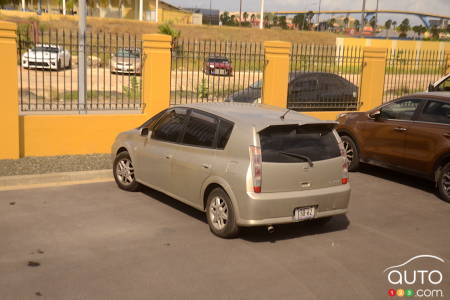