Say you've recently attended the Ford Bronco and GMC Hummer EV presentations. And say that despite their incredible off-road capabilities, you find they're still missing something, for example room to take along all your friends and family. For the next apocalypse, the Praetorian Torsus is what you need.

This vehicle seemingly ready to take on a horde of zombies if necessary, is probably the only off-road bus on the planet. It's based on a MAN chassis (MAN being a German truck manufacturer belonging to the Volkswagen group) and benefits from improvements that allow it to tackle conditions that would stop any traditional bus in its muddy tracks.

And the beauty of the thing here is that it's not just about its creator make a show. The Praetorian is a utilitarian vehicle, built to fulfill a very specific role. 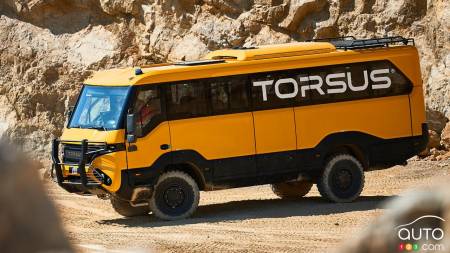 The Torsus firm is based in the Czech Republic and operates a factory in Slovakia. It has designed the Praetorian for operations that require moving large numbers of people over rough terrain, such as transporting employees to a remote workplace (mining, dam construction, etc.), as well as for companies operating ski resorts or offering safari tours, for example.

The bus can accommodate up to 36 people, but most importantly, it has a ground clearance of 15.7 inches and can wade through up to 35.4 inches of water, depending on the company's specifications. The company also specifies approach and departure angles of 32 degrees and 26 degrees, respectively. 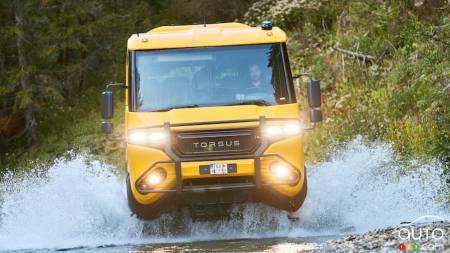 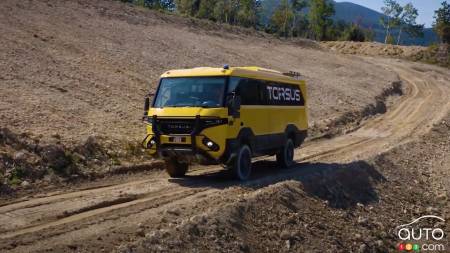 Power is provided by a 6-cylinder, 6.9L diesel engine that produces 290 hp and 848 lb-ft of torque. That unit is mated to a 9-speed ZF automatic transmission and a four-wheel-drive system with lockable front and rear axles.

In Europe, prices range from 165,000 to 200,000 Euros, depending on the version, as it is possible to get your hands on an "ambulance" variant or a model designed to take on rioters, for example. Other versions are in the catalog of this particular manufacturer and are worth checking out.

In the meantime, check out the video for an introduction to what this impressive monster can do! 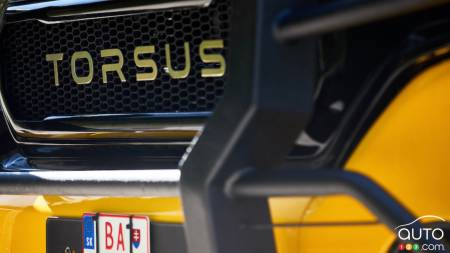 A fervent fan of the Porsche brand recently bought, at the age of 80, the 80th Porsche of his life. What’s more, Ottocar J clearly has no intention of slowin...

The SS and ZL1 versions of the Chevrolet Camaro have been banned by the states of California and Washington. The reason? Their brake pads contain too much co...

Don’t Let Moose Lick Your Car This Winter. No, Really

Canadian authorities are asking motorists not to let moose lick their vehicles, after a video went viral. Seems the big fellas are attracted by road salt cak...