We’ve said it on a number of occasion in the past year: the future of the sedan is tied to the integration of all-wheel-drive capability. With SUVs and pickups now controlling 75% of the market, sedans need to reinvent themselves to remain attractive to buyers.

The sedan’s options for achieving this are limited, we grant you. But one of them is to make sure it is solid and reliable, hence AWD.

We’ve recently seen models that never offered the capability before add it to their arsenal in the last year, for instance the Nissan Altima, Mazda3 and Toyota Prius. 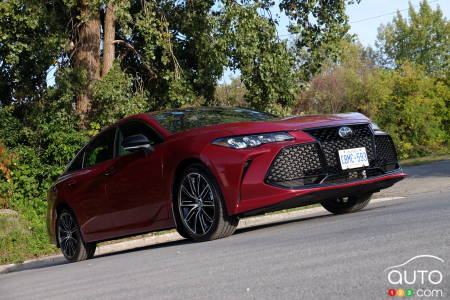 We can now add two more names to the list, as their Japanese maker has confirmed both the Toyota Camry and Toyota Avalon will get all-wheel drive. In both cases the feature will be offered as an option, in part because the technology is not really necessary in many markets or even in some regions of certain markets.

Some will recall that the Camry did have an optional AWD system in its product offering in the late 80s and early 90s, but Toyota pulled it after just three years.

The all-wheel-drive system destined for the two sedans is the same as used with the RAV4 SUV, which happens to be built on the same platform as them. Adding the configuration will add some 165 lb to the weight of the Camry, while the Avalon will suffer no appreciable weight gain in comparison with the FWD version equipped with the V6 engine.

And yes, you might have guessed from that that the system will be offered with Toyota’s 2.5L 4-cylinder engine, wedded to an 8-speed automatic transmission. 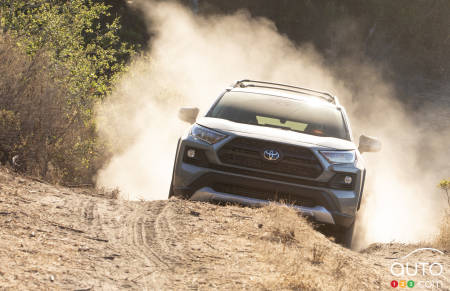 As for how the AWD system will work, the two cars’ powertrains will be sending power to the front wheels most of the time thanks to an electromagnetic system that disengages torque at stable speeds, which of course reduces fuel consumption. When help is needed from the back wheels to improve road grip, up to 50% of torque can be sent to the rear axle.

The first to get an AWD configuration will be the Camry, but it won’t be before spring of 2020. The following autumn it will be the Avalon’s turn to be introduced with the system, in the sedan’s 2021 edition. In both cases, the option will be available on more than one trim.