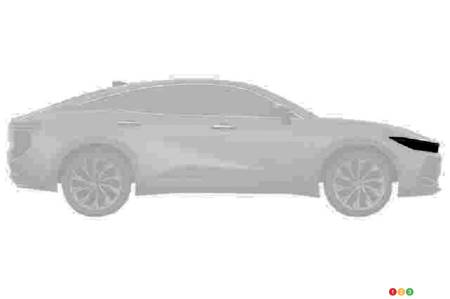 Some new images have surfaced online that are apparently for the much-rumoured and -discussed Crown model Toyota is said to be working on.

Originally shared by Japanese outlet Design Watch, the three images look like they’re meant for and taken from a patent application, and they show different views of the model, fleshing out the mental picture we’d all been given when rumours started to float about a Toyota Crown being in development this past spring.

So what are we dealing with? A sedan, but a high-sitting and high-rising one, with a fastback-type roof. Visible as well are protective elements on the flanks of the vehicle and the bottoms of both extremities. The wheels are clearly over-sized, and that fastback-type roof descends back and downwards into the trunk. 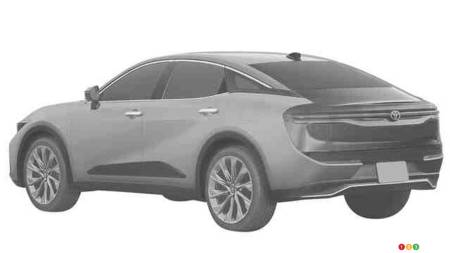 These are images without any confirmed information attached, so aside from the fact we’re not even sure what we’re looking at, we also have no idea for what markets the Toyota Crown is intended. But it could be argued that the automaker intends this to be a replacement for the departed Avalon, which left our market in 2022 and will be gone from the U.S. lineup next year.

There’s more to make things even more complicated here: Toyota currently sells a Crown SUV in China, and it has said it is planning on producing an SUV model carrying the Crown name for North America.

There are other rumours suggesting the Crown Cross name is going to be used. That could be for this model shown in these images, or then again it could not.