An inside source has spilled quite a few beans to automotive outlet Motor1 regarding Toyota’s plans for the next few years. Here are the highlights.

We learn, for example, that the Japanese automaker is planning to introduce its already-confirmed second-generation 86 sometime in the summer of 2021. That will once again be a joint project with Subaru and its BRZ.

We can also expect to see the Venza name return to the Toyota lineup, though there’s no word on when that might be. Speculation is it will take the form of a two-row midsize SUV based on the current Camry.

Speaking of the Camry, it is due for a refresh this fall for the 2021 model-year, which should take it through the next generation scheduled for the 2024 model-year. The larger Avalon should get the same refresh treatment but a year later, in 2022. 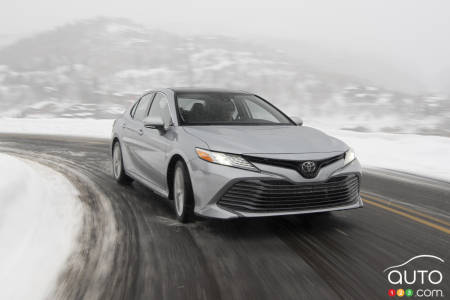 An intriguing name mentioned by the source is the Corolla Cross, a project to develop a crossover-ish version of the compact sedan developed in partnership with Mazda, shades of the Yaris/Mazda 2. Production on that model is scheduled to start in September 2021 and we can expect it to debut as a 2022 model. Ww first heard about this potential direct rival to the Subaru Crosstrek back in 2018.

Beyond that, the next edition of the Tundra pickup should appear at the very end of 2021, debuting in the process the company’s new TNGA-F platform while the popular RAV4 that debuted its current generation in 2019 could get a mild mid-cycle refresh for the 2022 model-year. That same year could see the next-generation Sequoia and 4Runner make their debut as 2023 models.

Still according to Motor1’s source, the Tacoma truck won’t get a major overhaul until the 2024 model-year.

UX, NX, RX, LX
The source also had some scoops regarding the Lexus side of things, and so we learn that an all-new NX should be ready by the fall of 2021, built on the TNGA-K platform and featuring a new infotainment screen with 14-inch touchscreen. One of the powertrains will be a plug-in hybrid delivering an electric range of 64 km.

Then the next-generation RX is scheduled for the 2023 model-year, also built on the TNGA-K platform. As well, a major rethink is in the works for the big LX SUV if and when its next generation comes down the pike, possibly at some point in 2022. For the new iteration, think Luxury with a big L.

As well, the small UX SUV and both the LS and ES sedans will get a redesign in 2021 for the 2022 model-year, while the current GX will be killed off after 2022 to make way for a replacement in 2023, and the GS executive sedan will be retired altogether. The next-generation IS, meanwhile, should debut at some point in 2021.