It’s hardly worth repeating yet again, but SUVs have positively taken over the automotive market. At present, consumers in North America buy seven SUVs or pickups for every three cars they purchase, roughly speaking.

This kind of upheaval puts a lot of models under a ton of pressure. We’ve seen Ford and General Motos, for example, abandon a number of car models that would have seemed unassailable just a few years ago.

Now comes word of another iconic model that is being sacrificed: the Volkswagen Golf. Yes the Golf, a car that just featured on our recent updated Top 10 list of the best-selling vehicles of all time. In many markets, the car just doesn’t attract buyers any more. Last year in the U.S., VW sold only 11,468 units of the regular Golf. This is barely more than the company sold of its Tiguan SUV… in the month of April alone.

Even the Jetta outsells the Golf base model by a two-to-one margin.

This is pretty sad news, quite frankly, and it was reported by media outlet Motor1, which spoke to an anonymous source at Volkswagen. The source revealed that the both the regular Golf and the Sportwagen version would be gone from the product offering after 2019. 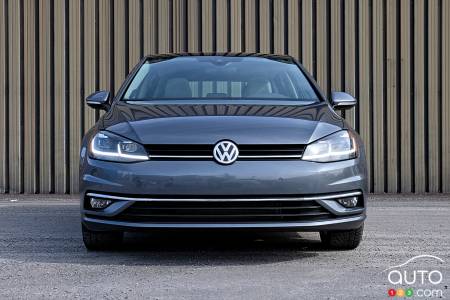 The good news is that the sportier versions of the Golf, the GTI and the R, will be back. So fari n 2019, the GTI accounts for 42% of Golf sales in the United States. Both of these versions generate more revenue for the company, which explains why they live on and the regular Golf doesn’t.

Other potential good news, specifically for Canadian VW lovers: A spokesperson for Volkswagen Canada told daily newspaper La Presse that the regular Golf, much more popular here than south of the border, will probably continue to be available in our market.

“In Canada, the ratio of regular Golf sales to GTI sales is really inversed compared to the United States. It’s on the order of 6-to-1. The Golf is… really popular here. As a result, our strategy for the future of this model will be based on our needs here… we are absolutely counting on its future here.” 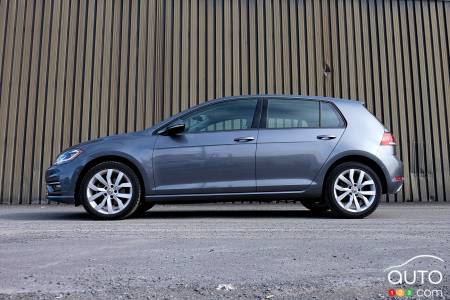 Volkswagen has not decided on the fates of the Alltrack AWD version of the Golf or the e-Golf, though the latter is likely to be replaced eventually by a model under the company's I.D. EV banner.

After much waiting and teasing, Volkswagen today launched the new eighth-generation 2020 Volkswagen Golf. Esthetically the model hews closely to its predeces...