No sooner has Volkswagen rolled out its new 8th-generation Golf, but talk turns to the next edition. In a sign of the times, that talk revolves around what kind of powertrain Generation 9 of the popular small car will use. Many at the launch of the 2020 Golf mk8 couldn’t help but wonder if they were seeing the last Golf to run on a combustion engine.

Volkswagen has been quick to clarify its plans in that regard. In an interview with Top Gear, Lars Hentschel, an engineer with Volkswagen’s powertrain department, confirmed that the automaker assumes it will still be producing cars using gas-engine powertrains in 10 years’ time.

He is convinced we’ll be seeing the ninth generation of the Gold sometime in 2027 or 2028, simply by following the typical renewal cycle of the model. 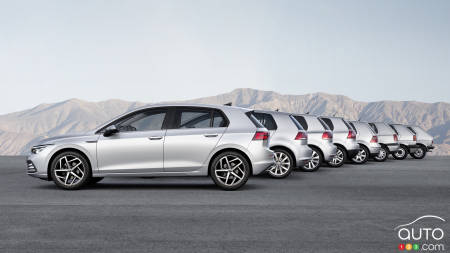 The speed with which Volkswagen has ramped up its ID electric division has clearly created the impression that within a few years, Volkswagen will offer strictly electrified vehicles in its lineup. And it’s true that the Volkswagen has been vocal about wanting to take on Tesla. But that company is also dynamic and advancing rapidly, so it would be a tall task for Volkswagen to surpass it in the EV domain.

The most plausible picture we can draw of VW’s short-term future, then, it that the ID division will continue to grow but that the automaker will continue to offer gasoline-powered models parallel to that. In fact, these could adopt partially electrified systems, as is the case with the GTE version of the Golf, which will deliver an electric range of around 60 km (by European cycle testing) thanks to the inclusion of a 13-kWh lithium-ion battery.

Also planned are models carrying the eTSI designation, which will get a light-hybrid system designed to reduce fuel consumption.

The combustion-engine Golf isn’t going anywhere, clearly. A 9th generation of the model in the expected time frame would be mean we’ll still find them at Volkswagen dealers in 2035 or just about.

That’s far off and a lot can change between now and then; the only thing we can be sure of is that the automotive landscape that Golf mk9 competes in will be radically different than today’s.

In the shorter run, North American consumers will have to be a little patient; Europeans will be getting the new 2020 Golf long before we see it here. 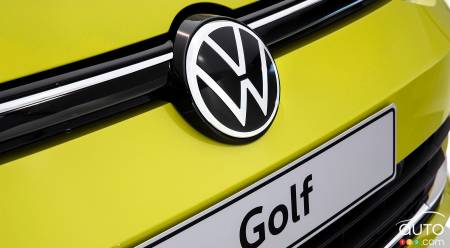 Auto123 took the wheel of the new Porsche Taycan for a Toronto-Ottawa round trip. The exercise allowed us to confirm that the brand’s DNA has been properly c...