Volkswagen has confirmed that the newest member of its I.D. family of EV prototypes will be a full-size SUV. Provisionally called the I.D. Roomzz, the concept will be presented later this month at the Shanghai auto show.

Prototype it might be, but Volkswagen intends to bring it to the production stage, with a target date of 2021 for a market-ready version. Chinese consumers will be the first to get the model, but given the extreme popularity of SUVs in our neck of the woods, it’s fully expected it will be sold here as well (in fact, it will be built on our continent).

There are few details available for the moment. The images released by VW give us an idea of the proportions and general demeanour of the SUV. The company is pitching it as a providing a new way for motorists to conceive of seating, thanks notably to several innovative adjustments. And in contrast to the other SUV prototype presented in the series, the I.D. Crozz, the I.D. Roomzz gets three rows of seats. 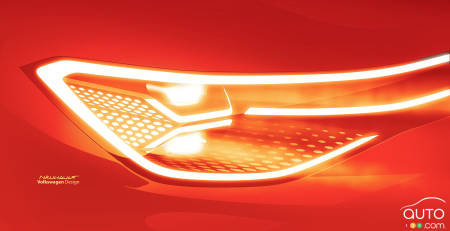 We also know that the I.D. Roomzz sits on a stretched version of Volkswagen’s MEB platform. That architecture, designed specifically for EVs, will welcome its biggest chassis to date when production gets underway at Volkswagen’s U.S. plant in Chattanooga, Tennessee. Hard not to deduce from that that the new SUV concept is ultimately destined for the North American market.

As for what drives it, the I.D. Roomzz could get one electric motor devoted to powering the front wheels, and another for the back set. It’s too early to talk about exact power and range, but Volkswagen is aiming to deliver 370 hp and a range of between 500 and 600 km.

Stay tuned for the Shanghai presentation this month for all the details and a much better look at the I.D. Roomzz full-size SUV.