A company known more than any other in the automotive domain for its safety innovations, Volvo has announced a new measure that could be seen as totally contrary to what is currently happening in most corners of the industry: it has decided to set top-speed limits in its vehicles that are lower than any competitor’s.

This is in a present context where many manufacturers are in a sort of speed arms race, pitching new products by the ever-faster 0-100 km/h accelerations they’re capable of. It’s quite a remarkable decision by the Swedish automaker.

The plan is for the company to set a 180 km/h top-speed limit in all of its vehicles starting in 2020. The aim is to send a clear message regarding the dangers of driving at excessive speeds.

This is the latest move in the framework of the company’s Vision 2020 strategy, which aims to eliminate serious injuries and fatalities aboard a new Volvo vehicle by the 2020 model-year. It’s one of the most ambitious plans pursued by Volvo towards that objective. 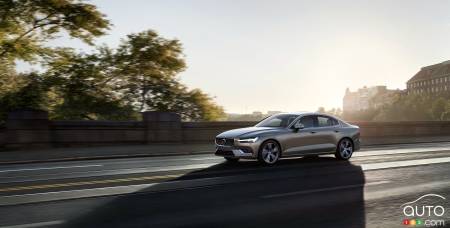 Research carried out by the automaker identified several factors that had a major impact on safety, and speed was unsurprisingly high on the list.

“Volvo is a leader in safety: We always have been and we always will be. Because of our research, we know where the problem areas are when it comes to ending serious injuries and fatalities in our cars. And while a speed limitation is not a cure-all, it's worth doing if we can even save one life."

The company is also looking at how it would be possible for its vehicles to recognize stretches of road that pose a higher risk, like school zones and areas around hospitals, so that vehicle speeds could be automatically limited in these areas.

"We want to start a conversation about whether car makers have the right or maybe even an obligation to install technology in cars that changes their driver's behavior, to tackle things like speeding, intoxication or distraction. We don't have a firm answer to this question, but believe we should take leadership in the discussion and be a pioneer." 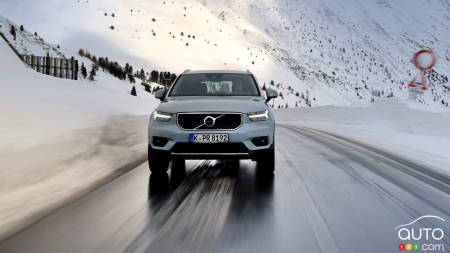 The statement released by the company delves further into the question of safety, acknowledging that even with all the safety features new vehicles benefit from, beyond a certain speed it is impossible to prevent fatalities completely. This is why the company is cutting top speeds on all of its vehicles.

And if we’re being realistic, do we consider that a 180 km/h top-speed limit is enough to change statistics? In Canada posted speed limits are at most 110 km/h in some part of the country, and yet fatalities still occur.

The other question now will be to see if other manufacturers follow suit.

Volvo could gift lucky winners the equivalent of a million dollars worth of cars during the Super Bowl LIV. The giveaway will happen if either the Chiefs of ...

Volvo’s 2020 XC90, officially introduced (online) today, gets a few exterior tweaks and a more substantial update inside for the new model-year. Among the up...