While it’s true that SUVs continue to explode in popularity, the folks at Honda are confident that sedans still have dibs on their share of the market. The company’s representatives are wont, in fact, to brandish numbers indicating that the Accord continues to figure among the world’s most popular models, especially in the North American market where midsize sedans still hold significant sway. The Canadian market is somewhat different, and while the Accord continues to attract its share of buyers, it is perennially unable to catch the ubiquitous Civic, still the automaker’s best-seller, alongside the CR-V.

For Honda, a more-immediate incentive that certainly pushed it to produce a new and improved Accord was been the arrival on the market of a freshly rejuvenated and reinvigorated Toyota Camry, which now sports more aggressive styling. The Accord has clearly been modernized in response, but the tone is notably more reserved than at Toyota. To be sure, the changes to the new 2018 edition go beyond the merely cosmetic: the mechanics and the interior have been revisited as well. Honda’s strategy is, as usual, built around perpetual refinement, although it did make the decision this time around to forego the Accord’s V6 in favour of two 4-cylinder turbo engines. Given how little enthusiasm the Japanese manufacturer showed in the past for adding turbochargers to its engines, this amounts to a revolutionary change for it in 2018!

A coupe, but not a coupe
Among the changes brought to the range of 2018 Honda Accord models, immediately noticeable – by its absence – is the two-door version. Perhaps to compensate for dropping that version, the company’s designers sculpted for the Accord a four-door coupe silhouette, an increasingly à-la-mode trend among manufacturers. To add more attention-grabbing punch to the exterior presentation, the front end is very vertical, even a bit squarish. The grille displays a sharp contrast between the very narrow top end, set apart by a transversal line that holds in its centre the Honda badge, and the lower end made up of fairly prominent grating. At each extremity of that front end sit headlights made up of tiered rows of small lights aligned next to each other. In the back, meanwhile, the lights form a C shape and are an integral part of the new Accord’s visual signature. Another notable standout is the set of alloy wheels decked with highly stylized spokes.

The cabin is marked by a return to a simplicity of sorts, a trademark of Accord models prior to the latest generation. There is of course the floating-style screen display on the dashboard, surrounded by control buttons for the majority of the main functions. There’s also a physical button for the radio volume. Overall, the quality of the materials and of the finishing is pretty much beyond reproach.
The front seats are comfortable and offer good lateral support, while no fault could be found with the driving position. Traditional knobs have been replaced by a screen. As for the rear seats, they are fine in and of themselves but getting to them requires some bending down due to the slanted roofline. Once in place, though, occupants sit in comfort and head room is more than adequate thanks a sculpted roof that adds some extra room above.

Into the land of the turbo
As mentioned above, the V6 engine has been cast aside, replaced in the 2018 Accord by a pair of turbo engines. The 1.5L version produces 192 hp and 192 lb-ft of torque via a CVT transmission; the other, a 2.0L 4-cylinder, generates 252 hp and 273 lb-ft of torque, or 26 more than the previous V6, and works with a 10-speed automatic transmission. On top of that, even as many competitors finally begin to drop a manual transmission from the available options, Honda offers an available 6-speed manual gearbox with either of the two new Accord engines.

Whichever powertrain you choose, the car it powers is lighter than before, thanks to the switch to lighter high-quality steel, even as the structure is much firmer. The platform the Accord is built on is new and offers increased torsional and bending resistance (32% and 24% better, respectively).

Staying put in Ohio
The arrival of a new generation of a model is often accompanied by a move to a different assembly plant. In the case of the Accord, however, construction will remain at Honda’s Marysville, Ohio facility. This is worth mentioning because the plant has won numerous awards for its productivity and, even more importantly, for the quality of the vehicles built there.

Several new construction-process innovations make their debuts with the 2018 Accord, most notably the removal at one stage during assembly of the transversal front section, which makes life easier for the workers on the assembly line and improves overall quality.  Honda is also very proud of its new technique for soldering inside the chassis and not just on the outside. In addition, the juncture where the roof meets the body has been made seamless thanks to an ingenious laser soldering system.

Touring or Sport
My first contact with the 2018 Honda Accord took place behind the wheel of a version equipped with the 1.5L engine; this configuration, I must admit, failed to impress. The engine itself is fine, but the car seemed afflicted by a certain soullessness and steering that lacked precision. Here’s hoping it was just an exception…

My second go-around was at the controls of a 2.0L Accord Touring, and here things looked quite a bit rosier. The performance of the bigger engine and the efficiency of the 10-speed automatic transmission (the first to feature in a front-wheel drive vehicle, by the way) left me quite satisfied. It does, however, take some getting used to the button controls on the central console. After that I was also able to have a spin in the Sport version equipped with the manual gearbox. This transmission worked marvellously well with the 252-hp turbo engine, although I couldn’t help but feel it doesn’t quite reach the heights of the manual transmission found in the Mazda6.

For the rest, I was impressed by the quiet ride delivered by the 2018 Honda Accord, as well as the increased rigidity of its body and the precision of its steering – all qualities that have contributed to earning the model its solid reputation and that have been improved since the previous edition. I also got a (brief) opportunity to compare the new Accord with the next-generation 2018 Toyota Camry. There’s little air separating the two long-time rivals, but I did feel in the end that the Honda offers a better-quality and more-precise ride – although the Toyota is itself certainly no slouch in this regard.

Overall, the tenth-generation is unlikely to disappoint anyone. It has many qualities, not the least of which is the legendary reliability that the Honda name as for so long been associated with. Pricing starts at $16,490 (with the 1.5L engine) and $32,790 (with the 2.0L engine). Click here for detailed specifications. 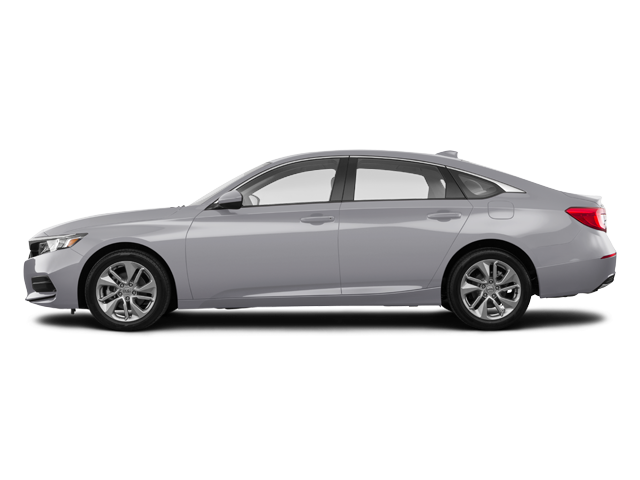 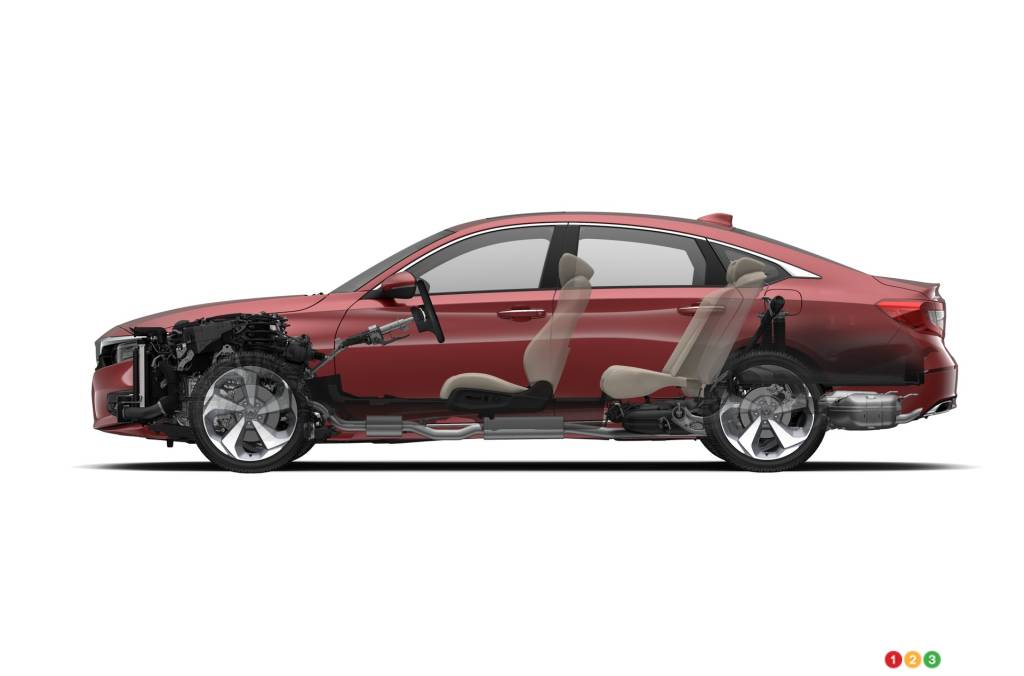 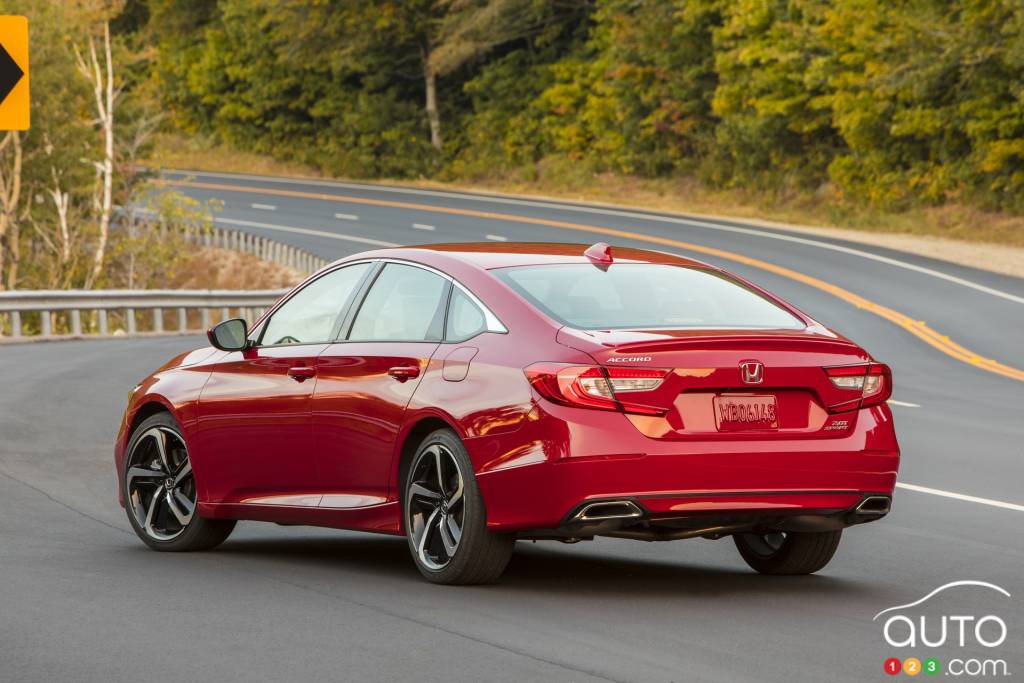 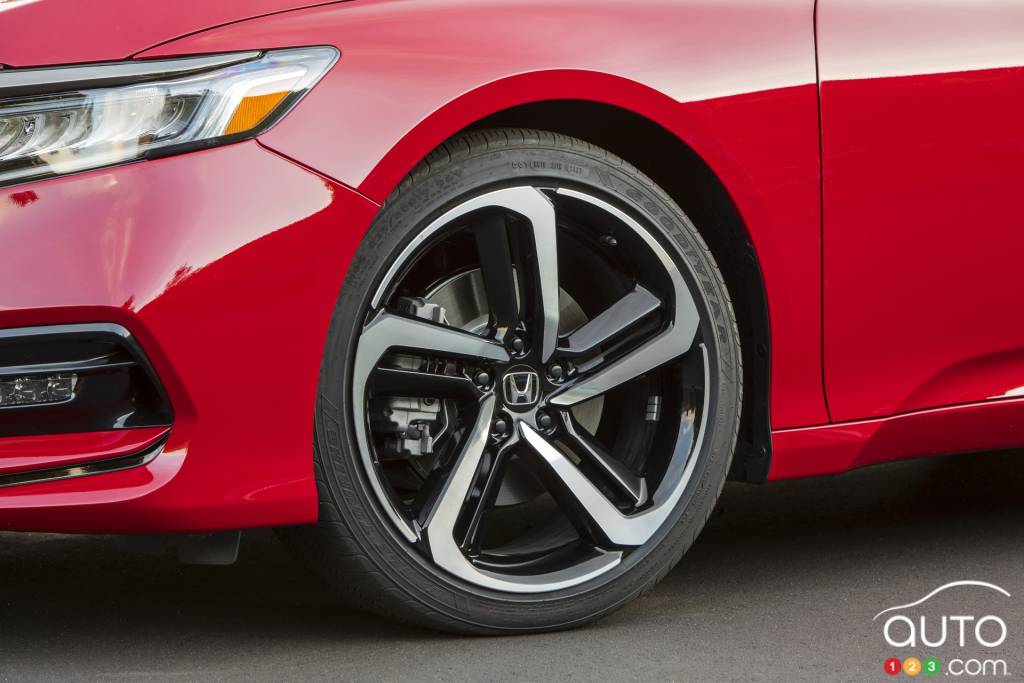 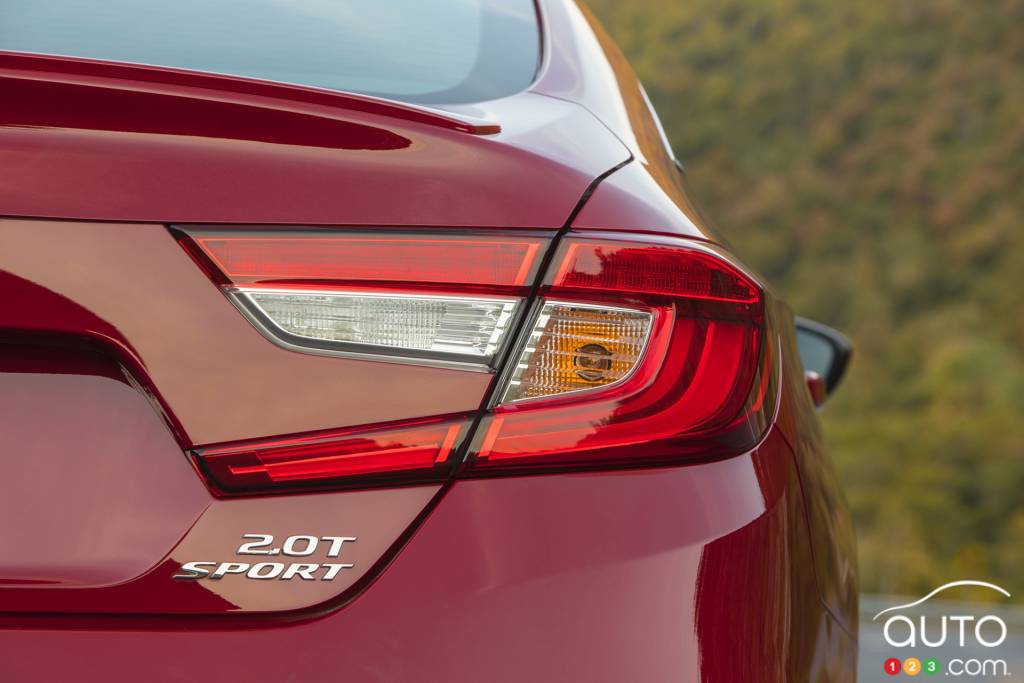 2018 Honda Accord: Need a Second Opinion?

The newly crowned 2018 North American Car of the Year is without question a safe purchase. Are you considering it? We have a second review to make your decis...