In Canada, we like our spaces large but our cars small – at least in comparison with our neighbours to the south. The venerable INFINITI QX80 is, in large swaths of the country – Quebec comes to mind – as popular among consumers as lawn bowling is among TV sports fans. With its massive size and heft, and the greedy fuel consumption that comes with that, the QX80 simply doesn’t correspond to what many consumers here are looking for. Even if they could do with more space, Canadian consumers will often sacrifice that in favour of fuel economy, sportiness and city manoeuvrability.

This is not the case in all markets around the world, of course, which helps explain what is otherwise inexplicable to some consumers: why is a mastodon like the QX80 still available on the Canadian market?

It’s worth remembering as well that different consumers’ needs vary greatly. If the idea of owning an SUV whose size approaches that of a subway car seems crazy to you, it is not nearly so crazy for large families who never have enough space to lug around all of their offspring and gear. And if camping is part of their routine, even more so...

That said, we’re talking here about a niche vehicle, one that doesn’t speak to the needs of the masses of consumers. For 2018, INFINITI’s mission for the QX80 was to update it in hopes of staying competitive in this segment that is, we should add, highly lucrative for manufacturers and their distributors.

The whale
The QX80 has been in production since 2004; its second generation appeared in 2011 with a design that was poorly received. When the names of large animals come to mind when trying to describe a vehicle, well that spells trouble. Personally, the QX80 always made me think of nothing so much as a sperm whale stranded on a beach.

And that image has stuck.

In any event, the model associated in my mind with a mammoth mammal has been given a makeover that was sorely needed. Add some bling in the process, and you get a product that is notably more attractive.

I don’t mean to overstate things, of course: the 2018 INFINITI QX80 has not really changed very much. So what is new?

A question of harmonization
An abiding obsession among manufacturers today is the harmonization of the design signature of their models. So it is that the QX80 borrows distinctively INFINITI elements for the front grille, now present across the automaker’s lineup. We’ll spare you the details, but suffice to say the front end is a net beneficiary of the design updates brought to the model. The new headlights are more profiled and the different lines are better-balanced than before.

The rear section, not particularly a problem in the older model, has been tweaked as well, but seen from the back – and from the side – the new looks much like the old. Those expecting radical changes will be disappointed.

Improved suspension
The most significant changes brought to the 2018 QX80 are in fact, invisible. INFINITI fitted it with a new suspension, which helps stabilize it during heavy loading operations. As well, thanks to the hydraulics, continual adjustments limit movement of the back end when navigating several corners in succession. The model’s engineers claim that this new system has reduced roll by 30% in these situations. While it doesn’t radically transform the driving dynamics of the QX80, the system does improve stability, a not-insignificant plus when you’re at the wheel. Especially as the new QX80 still weighs over two tons and is still subject to the laws of physics.

Behind the wheel, smoothness is the focus. This beast offers a princely level of comfort. The vehicle is at its best on long highway treks rather than in city traffic, its format’s advantages coming to the forefront. The large turning radius of the QX80, meanwhile, can complicate things when manoeuvring in tight spaces.

Mechanically, we find under the hood the 5.6L V8 so ubiquitous in the Nissan-INFINITI vehicle lineups. Its two trademarks are its reliability and its thirst for gas. There was no miracle cure for the latter here. On the other hand, the 7-speed automatic transmission serves the engine marvellously well.

Outdated
INFINITI has expended much energy emphasizing the newness of the 2018 QX80. In reality, the product is an aging one. It’s gotten fresh makeup and been improved in several areas, but a simple analysis of its multimedia system and its functions betrays persistent creakiness. For example, Apple CarPlay and Android Auto compatibility is not on the menu. To understand how this can be, you have to remember in what year the model was conceived: 2010. At that time popular applications were far from omnipresent on the market. That year, by the way, also marked the debut elsewhere in the world of the Nissan Patrol, model on which the QX80 was based.

INFINITI has included one new feature inside the QX80: a rearview mirror that can display an image relayed from a camera mounted in back of the vehicle, instead of just the straight-up mirror view. I tried it, taking the time to go back and forth between the two options, and came to the following conclusion: though the view is clearer and larger with the camera, it doesn’t look natural, and as a result I didn’t have the instinct to look at it as frequently. It may be just a question of habit, but it left me unconvinced.

In conclusion…
The 2018 INFINITI QX80 benefits from a revision that stops short of a reinvention. This 7-8 people mover is still highly versatile, comfortable and luxurious, but it’s not at the cutting edge. If its mandate is something that fits your needs, you need to look beyond its outer shell to see what it can offer. 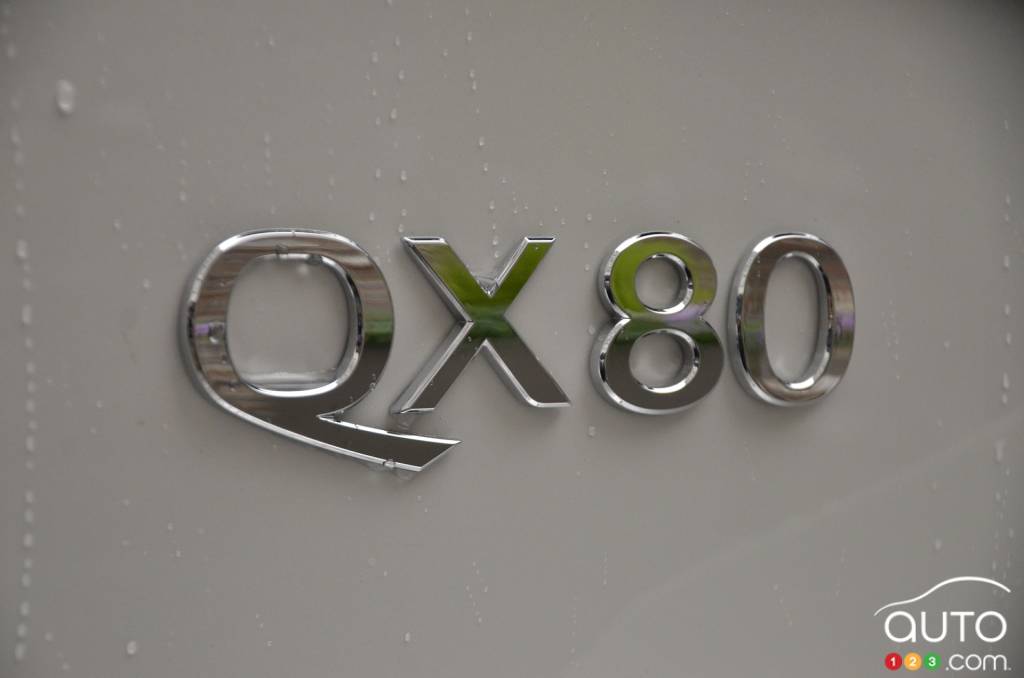 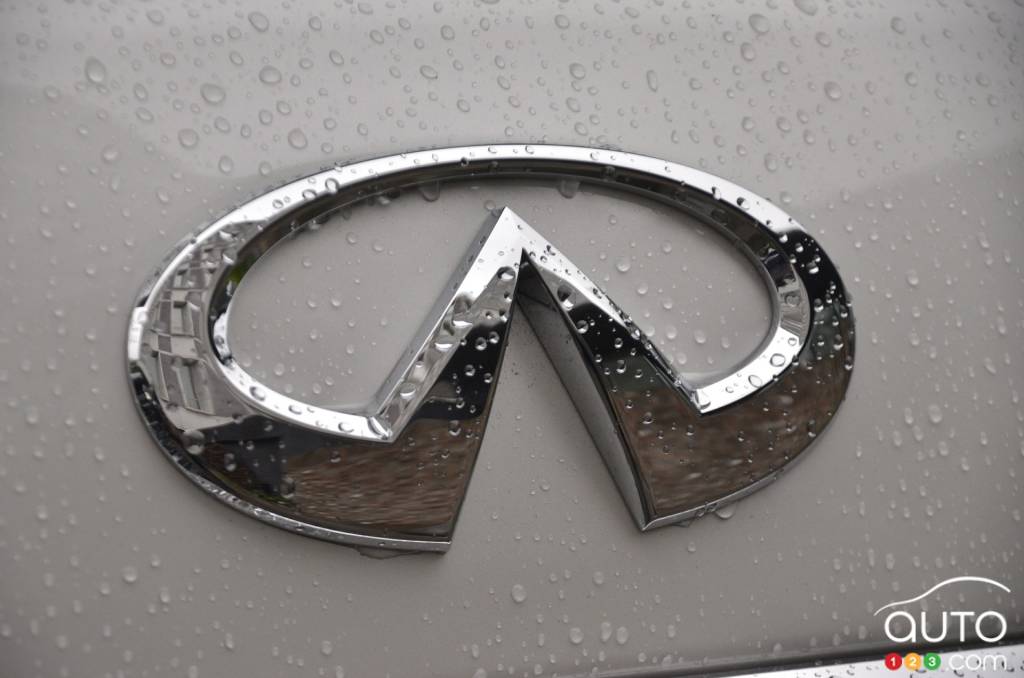 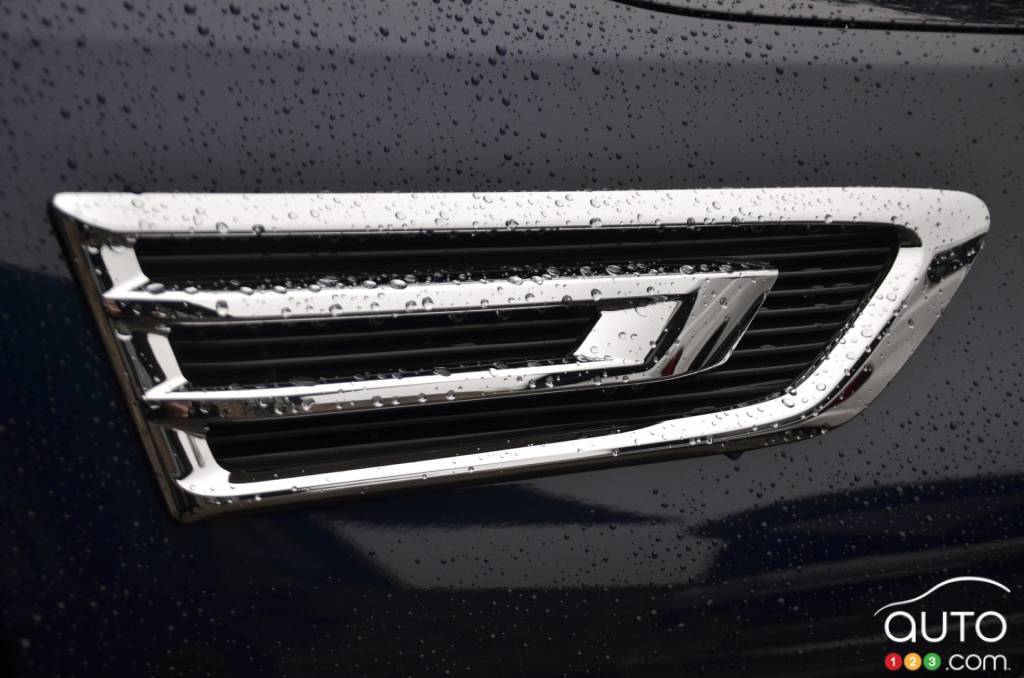 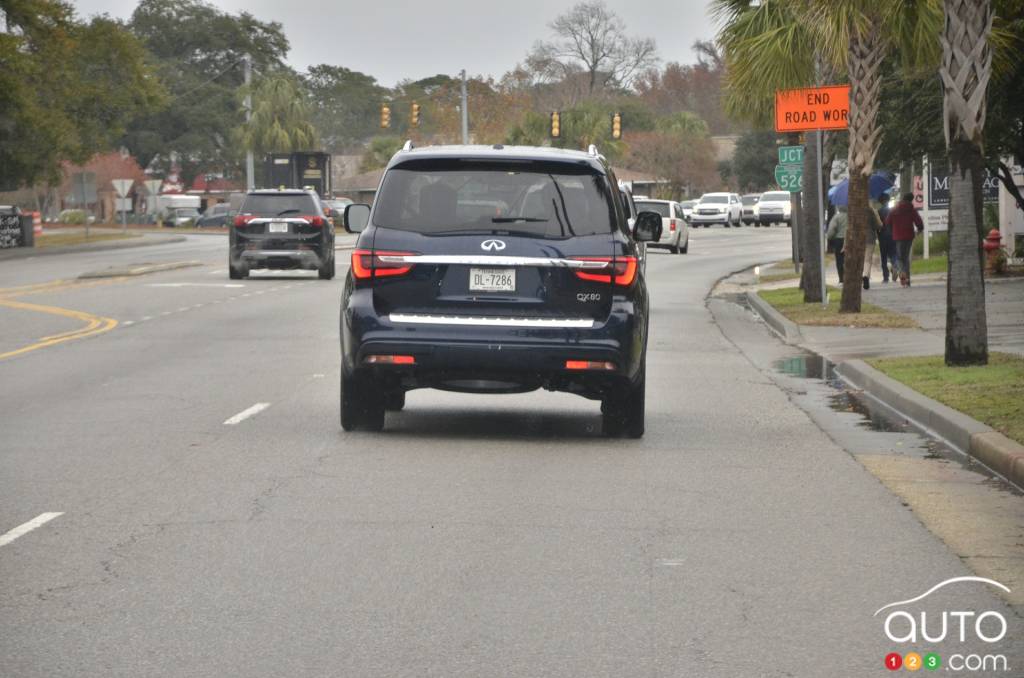 Sales of full-size SUVs are on the rise around the globe, and Nissan’s luxury-car division is looking to take advantage. The new 2018 INFINITI QX80 was unvei...

The 2021 Infiniti QX80 is a roomy, premium SUV offering good power and road handling, and it can be had for a reasonable price when all’s said and done. Here...