The 2018 Volkswagen Sportwagen – especially in Alltrack form seen here – is one of the first new VWs tasked with dragging the brand out of the doldrums caused by 2015’s Dieselgate. Along with the Atlas, Tiguan and eGolf, it has the unenviable task of shirking the spectre shod upon the brand’s small cars that have made so much use of the brand’s diesel platform. That’s a tall task, especially in North America, where diesel has never had the cache it has in other markets, particularly Europe.

One car, one engine
It should come as no surprise that the Sportwagen Alltrack – it has its own spot on VW.ca, but really it serves as the Sportwagen’s top trim in Canada, while there are numerous Alltrack trims in the US – comes equipped with a single non-diesel engine choice, although the 1.8L TSI engine it does get is a very good one. It makes 170 hp and 199 lb-ft of torque, enough to have the car feeling positively sporty when you stop the throttle. Aided by a new-for-2018 6-speed DSG transmission, the Alltrack springs forth from stop with gumption, doing a good job of making the driver forget that it’s actually a car aimed at drawing crossover buyers away from their RAV4s and CR-Vs. I wouldn’t call it a Golf R, but it’s got enough get up and go to once again show why the station wagon is such a good alternative.

I must disclaim that as a weirdo automotive journalist, I have a soft spot for wagons of all shapes and sizes. It’s just something many of my colleagues and I have an affinity for. It’s why we will never understand why Subaru killed off the wagon-like WRX STI hatch, or why more people aren’t rushing the stage at the police auction to get their hands on that glorious, green 1982 Volvo 240. It’s just the way we’re wired.

Here’s the thing, though: it’s not that the cult of the wagon is one completely disconnected from reality. There are many, many reasons why wagons work, and they extend far beyond the fact that they’re so much more fun to drive than most crossovers.

For starters, with their long, flat load areas they have almost as much storage as their CUV counterparts; actually, this car actually has more cargo space than does the latest Tiguan, which is bigger than it’s ever been. That’s quite something, and the space is made all that much more accessible by the lower liftover height. There’s more overall interior volume in the Tiguan and the second-row seats are a little roomier, but it’s not a completely black-and-white situation here. Especially when you consider the Sportwagen’s rear underfloor storage, which is kind of divided into two parts, provided you’re willing to store stuff around the spare tire and subwoofer.

Suit up, ship out
Of course, all that interior space and packability stuff is just a precursor; once you’re loaded for bear and ready to set off, the rest of the Sportwagen experience starts to make its presence felt. I speak, of course, of the drive. Which, as is VW’s penchant, is very, very good.

We talked about the transmission and while the DSG is a quick, fast-acting unit, it is nice that for ’18, there is the option of a 6-speed manual transmission. It saves you $1,400 off the MSRP, which is a nice bonus in this day and age where the manual option often doesn’t save you any money.

We had the auto, though, and much as we like the idea of a clutch pedal, we know as much as anyone that the DSG is always going to be the big seller here. It’s a good thing, then, that it at least has a pair of shift paddles peeking out from behind the steering wheel spokes so you can get a sliver of the driver involvement afforded by a stick shift transmission. While they are a little small, they lead to some very slick shift action. I love my manuals, but VW’s DSG ‘box does a good job of helping me miss it less.

Then there’s the engine.

The return of the 1.8 turbo motor to replace the aging (well, aged) 2.5L non-turbo motor as the Golf’s base engine when the Mk7 arrived was some of the best news you probably missed. It’s incredibly zippy and well-mannered, providing good boost across the rev range (peak hp comes at 4,500 rpm, peak torque at just 1,600 rpm) and power enough to rarely leave you wanting no matter the situation. How they’ve gotten so much push from such a small plant is a wonderful feat of engineering. It doesn’t feel like a base engine, that’s for sure.

Handling-wise, keep in mind that the Alltrack rides a little higher – 15 mm – than a standard Sportwagen (expect a little more body roll) and has more off-road-tuned suspension, and you’ll be treated to a well-sorted package. The steering’s a little on the numb side, but it’s responsive and the ride is not only agile, but well-insulated as well. It drives more like a fast hatch than it does a crossover, and that’s a big win in my book.

DJ Sportwagen
If you’re through with all that and are just ready to sit back and enjoy the ride, the Sportwagen Alltrack has you covered. Being the top model in the range, in addition to standard leather seating surfaces and wheel, 12-way power driver seat, keyless go and of course, 4Motion AWD, you get a fully-featured, slick infotainment system that provides support for both Apple CarPlay and Android Auto. That’s all well and good, but the way it’s all accessed and navigated is the real kicker. The screen is clear, large and responsive and there’s all sorts of nice touches, such as the equalizer system that provides virtual sliders for adjustment, just like any good DJ would have. Luckily, there are knobs for both system volume and radio tuning. The rest of the buttons surrounding the display are of the touch variety, though, so you have to be ready for that.

There are just two tech options available for the Sportwagen Alltrack, but we had them both: the $1,500 driver assistance package (adaptive cruise, auto emergency braking, auto high beam control, park assist, pedestrian detection, rear view camera, blind spot detection) and $795 light package which adds adaptive LED headlamps. Of all this, we turn once again to that screen for the highlight as the rear view camera displayed there is a sharp example that automatically activates whether you’ve got the infotainment screen turned on or not.

Busting your bias
Having said all that, in North America especially, the Tiguan’s always going to outsell the Sportwagen, no matter what we say here. The trick for buyers, of course, is to do their best to ensure that the CUV is, in fact, the best vehicle for them. Up until now, there was little question that it probably was; you got your AWD, your fuel-efficient 4-banger and room for the whole family.

Now, however, all three of those features are pretty much taken care of here. The Golf Sportwagen – especially in Alltrack form – is just as robust as the Tiguan (or most of that car’s competitors), the AWD system works the same way and room inside is near-as-makes-no-difference the same. I guess, when it all comes down to it, I just wish that as good as the Alltrack is in its current form, there was a way to get it without having to spend over 34 grand – 35 for the DSG – to get it. The US has options, and the non-Alltrack Sportwagen can be had for significantly less so we’re kind of halfway there. The question is: how many buyers will be able to look past their CUV bias to see this? For their sake, I hope that they are. 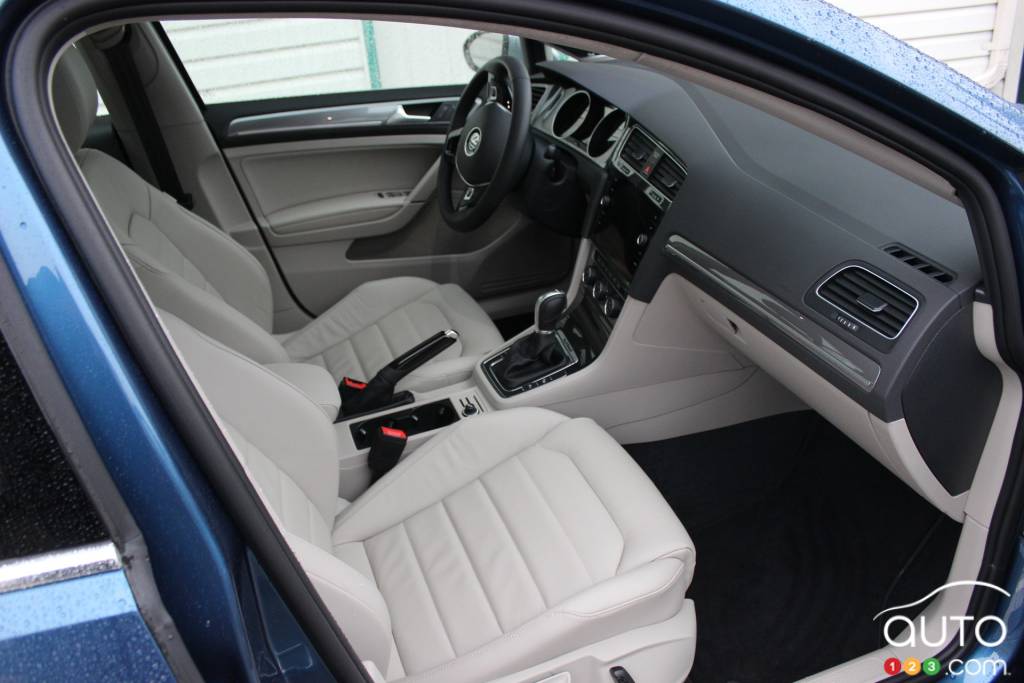 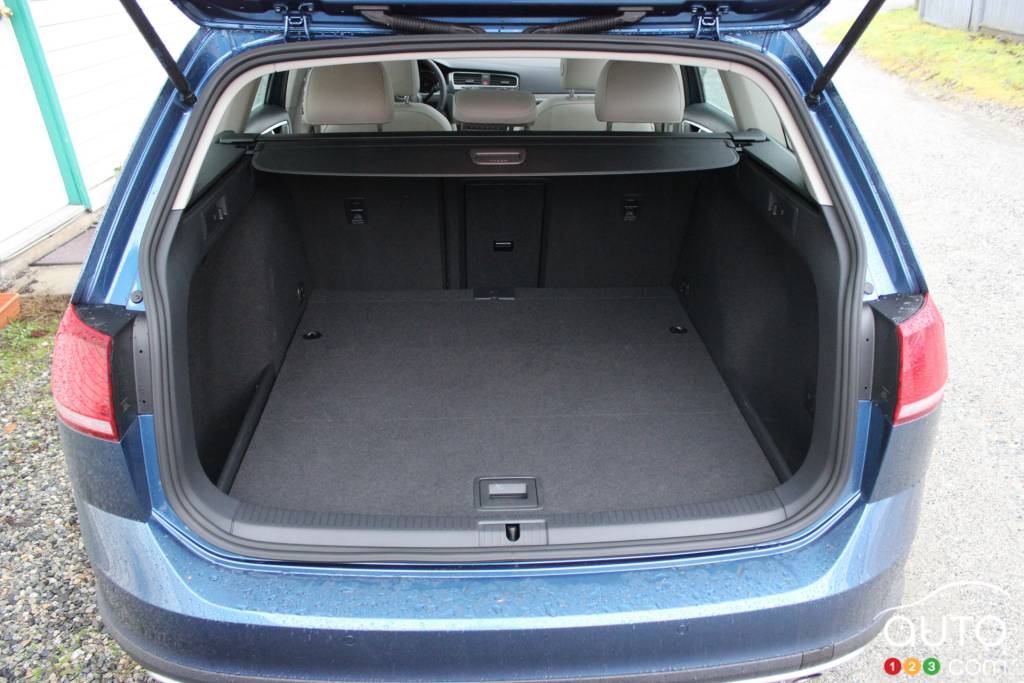 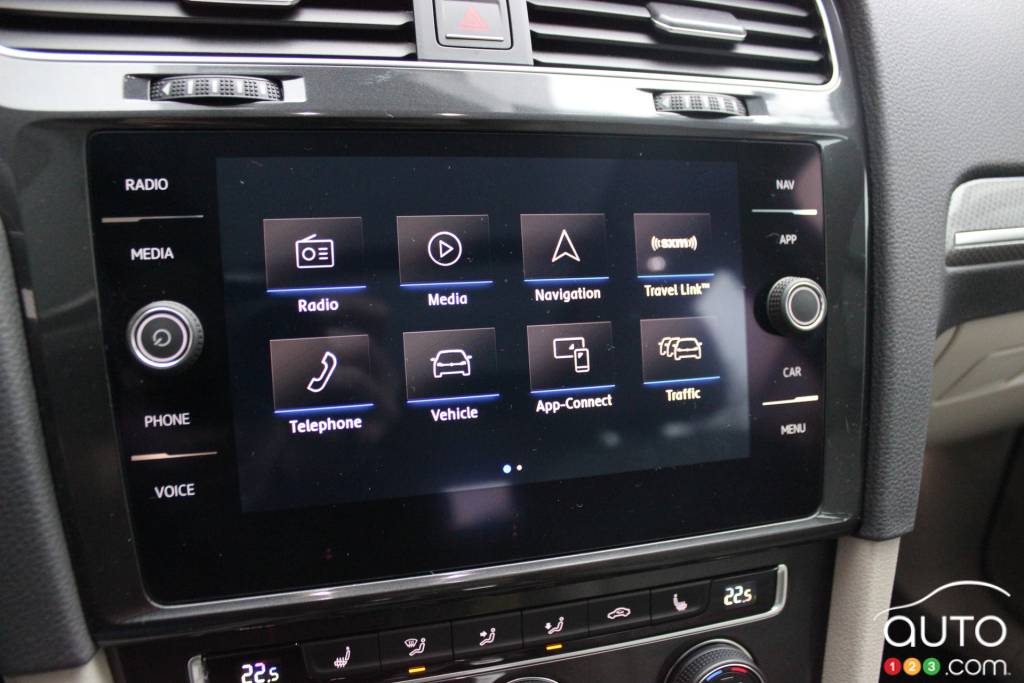 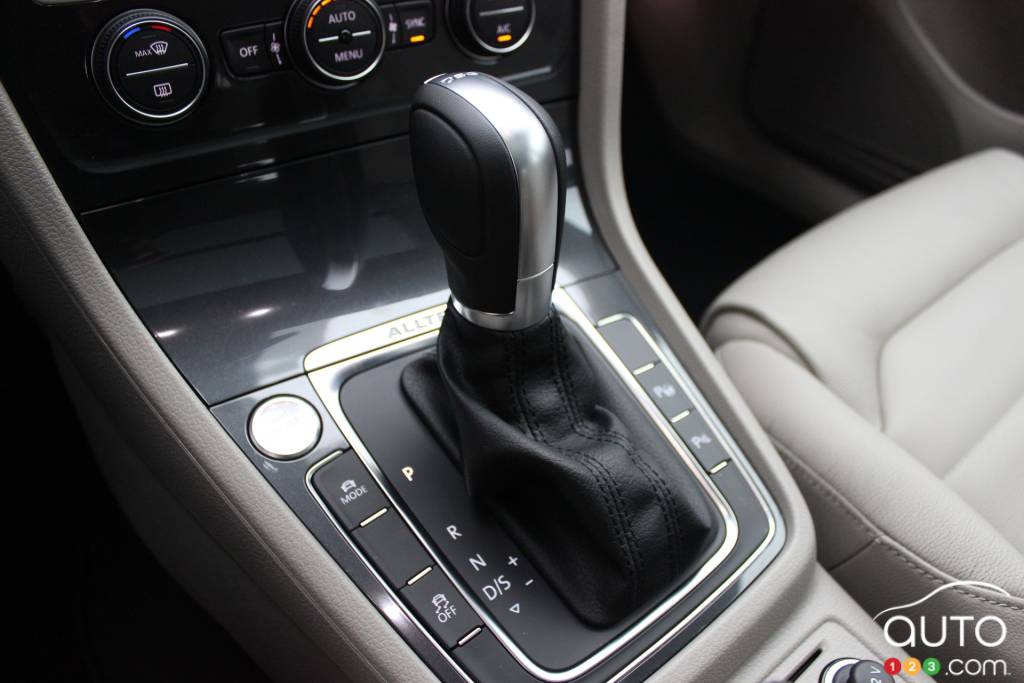 Review: A second opinion of the 2018 Volkswagen Golf Allt...

The attractive Golf Alltrack sits in an enviable position in the current automotive landscape. It is unique, virtually without direct competition, and serves...