My initial encounter with the Hyundai Veloster N a few short months ago did a lot to alter my feelings about the Korean automaker’s ability to make performance cars. I should say that over the past decade I’ve tried a good dozen different “sport” models from Hyundai, some of them even on a closed track. None of them came within a country mile of the first official car to carry the N performance badge. The future’s looking pretty rosy for Hyundai in-residence kick-ass division.

Hyundai Canada has been selling the 2019 Elantra GT N-Line since early this year. This in fact is an intermediate (as, in not quite a true N) version that takes the baton from the old Elantra GT Sport, sold until 2018. In this Hyundai is not reinventing any wheels; rather its taking its cue from other similar programs in place at other carmakers.

BMW, for example, sticks an M on the front of the name of a model’s most powerful variant (the M135i, for instance) even if it’s still far removed from the true M performance versions. And Mecredes-Benz’ AMG division offers a dizzying variety of performance levels leading up to the 63 S. Then there’s Volkswagen with its R-Line appearance-enhancing package, and Chevrolet with its RS line, also all style and no substance.

The 2019 Elantra GT N-Line 2019 is Hyundai having fun with a car that’s definitely sharper than the Sport version it’s derived from. In an era where cars are increasingly over-sanitized, this spicier-than-average variant is a breath of fresh air. Here’s how and why…

Inspired by the Hyundai i30 N
It’s no mystery, this Elantra GT N-Line is directly inspired by the European cousin of the Veloster N, the Hyundai i30 N. The Old Continent doesn’t get to play with the Veloster N, but it does get a more dynamic version our Elantra GT (or i30 as it’s called in Europe). On the left side of the Atlantic, the 2019 Elantra GT N-Line is not quite as beefed-up as the i30 N with its 2.0L turbo, but its 1.6L turbo does deliver 201 hp and 195 lb-ft of torque. The GT N-Line comes by default with a 6-speed manual gearbox, but it can also be had with a 7-speed dual-clutch automatic. The latter unit is what our tester came with.

A more aerodynamic body
From the first glance, you’re drawn to the spoiler at the base of the front end, which is there to redirect cool air within the wheel housings before it gets to the brakes. The front grille is also exclusive to the N-Line model, as are the 18-inch wheels. The latter do a good job of filling in the space under the wheel arches. In back, the black wing sitting atop the back of the roof is also accompanied by a spoiler sitting between the exhaust tips. As for the mirrors, they’re also in black. In character quite sober, the N-Line treatment manages to be of good taste, which isn’t always the case with sport versions.

More than just a new robe
While the turbo engine is the same as in the regular Elantra, several of the components that surround this unit have been upgraded to give the car more pep when comes time to take a corner at speed or maybe just avoid a massive pothole. The engine supports, the transmission and even the anti-roll bars are all revisited for this version. The steering rack is quicker as well. The suspension gets adjustments to the shocks, the springs being more resistant, and the anti-roll bars are thicker than last year.

All of these components may be invisible to the eye but they have a marked effect, making the car feel much stiffer. The Hyundai Elantra GT already had quite a rigid chassis, but the changes brought here take it to another level.

Fun to drive?
The risk with an intermediate model that doesn’t go that extra mile to authentic performance – in this case the N performance line – is that the driving experience at the end of the line doesn’t deliver on expectations. I’m referring here not to versions that get purely esthetic enhancements. The Elantra GT N-Line gets enough different elements that we can call it a performance version.

To Hyundai’s credit, the changes it made for this edition are enough to stick a smile on the face of the person at the wheel. This first N-Line product to see the light of day is able to trace the connection between the base-model Elantra and that theoretical Elantra GT N performance car. It’s unlikely we’ll see the latter version produced here – as mentioned Hyundai’s strategy for North America is to have the Veloster play the role of in-house pocket rocket for the manufacturer here.

The 2019 Hyundai Elantra GT N-Line is a notch or two sportier than the Elantra Sport, the plan being it will be enough to tempt away Volkswagen Golf GTI buyers.

To help it make that case, the N-Line has a small Drive Mode button located not far from the gear shifter. I kept it in Sport for most of my time with the car, which sharpens the responsiveness of the powertrain and makes the steering heavier. That said, even the Eco mode is satisfying, although the car then seems a little stifled in its performances.

Surprised I haven’t moaned about the presence of that automatic transmission, when a manual gearbox is available (and cheaper)? The fact is, over time Hyundai’s 7-speed dual-clutch automatic has been improved to the point where it’s very nearly on a par with the best German-made transmissions on the market – I’m thinking, notably, of the excellent unit found in the Golf GTI. Gear changes are very efficient and false notes go unheard. Even the paddles on the back of the steering wheel are a pleasure to use, if the mood strikes to do so. The engine is sufficiently muscular to get the car up to maximum highway speed limits in less time than it takes to say sports car… or almost!

Where this Elantra GT really shines, though, is in terms of its handling. This might be a Korean car, but the European roots of its chassis’ development are really apparent in this N-Line version. Braking is efficient and firm (no spongy pedal here), steering is crisp and the suspension is just firm enough to make you seek out as many winding roads as you can find.

As for the quality of the interior, which also benefits from an infusion of N elements – you’ll find some N badging in the usual places, as well as enveloping sport seats and red accents here and there – it is on a level you would expect from a small sporty car in this price range.

The last word
From a basic car that was a little non-descript, the Elantra gets transformed by the N-Line treatment. The Elantra GT N-Line is not only much easier on the eyes, it surprises by its excellent driveability. What’s more, this special version comes from a mass-market manufacturer known more for delivering value than sparkling driving machines over the years, of the kind that would excite pocket rocket lovers. This car makes me impatient to see what comes next from Hyundai’s N-Line team! 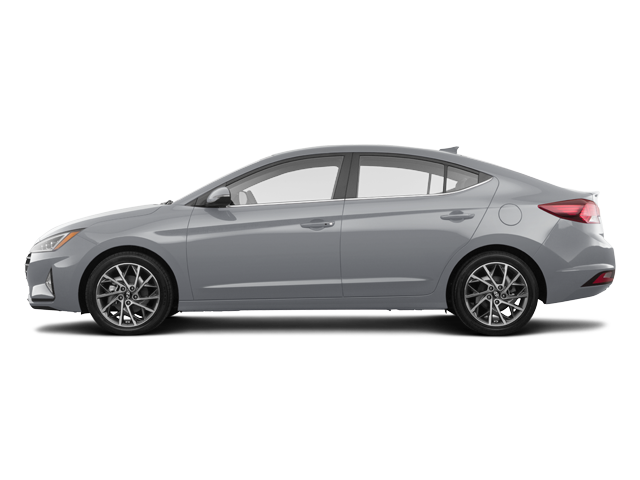 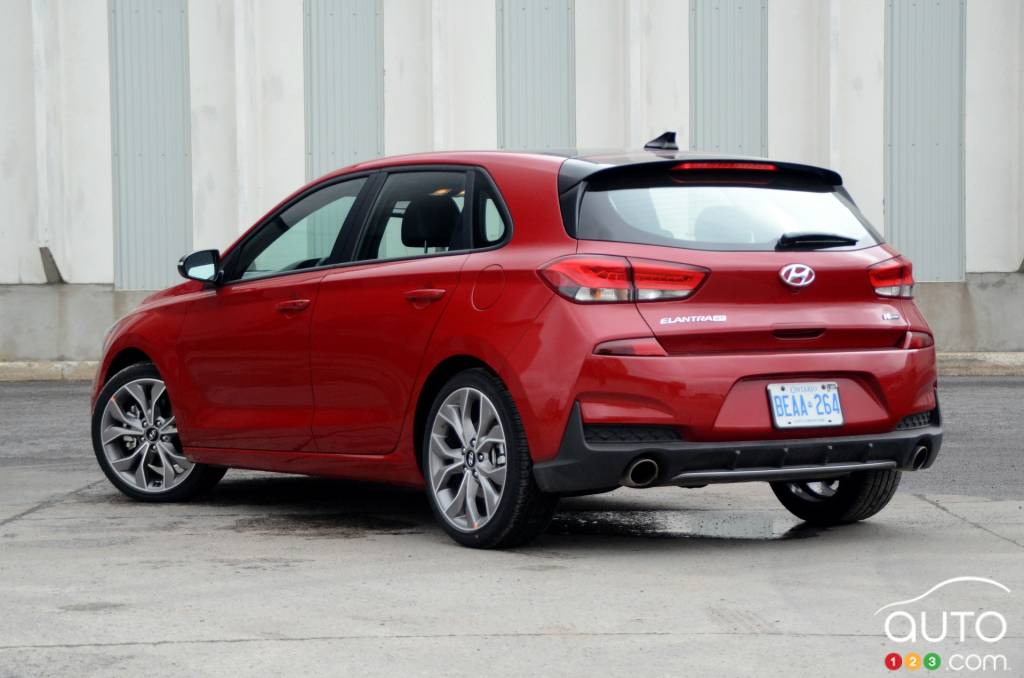 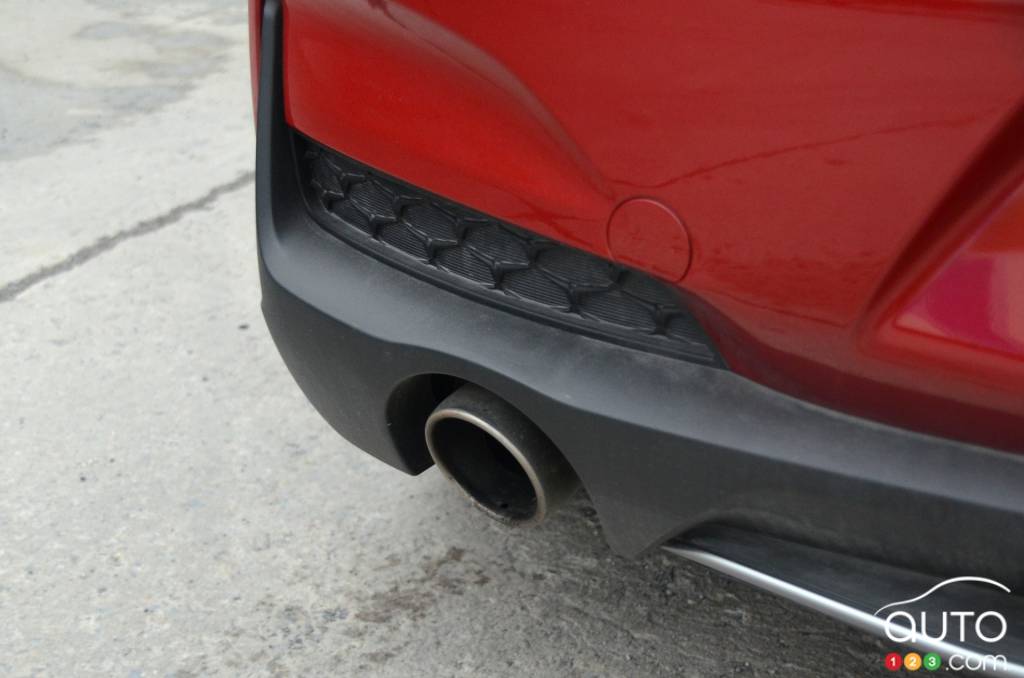 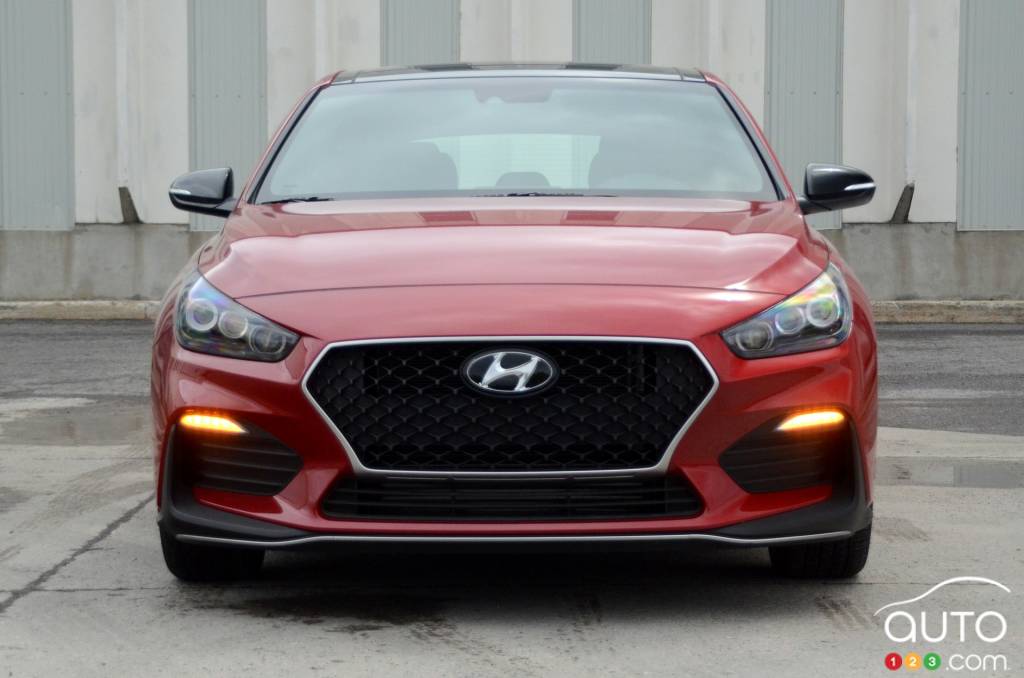 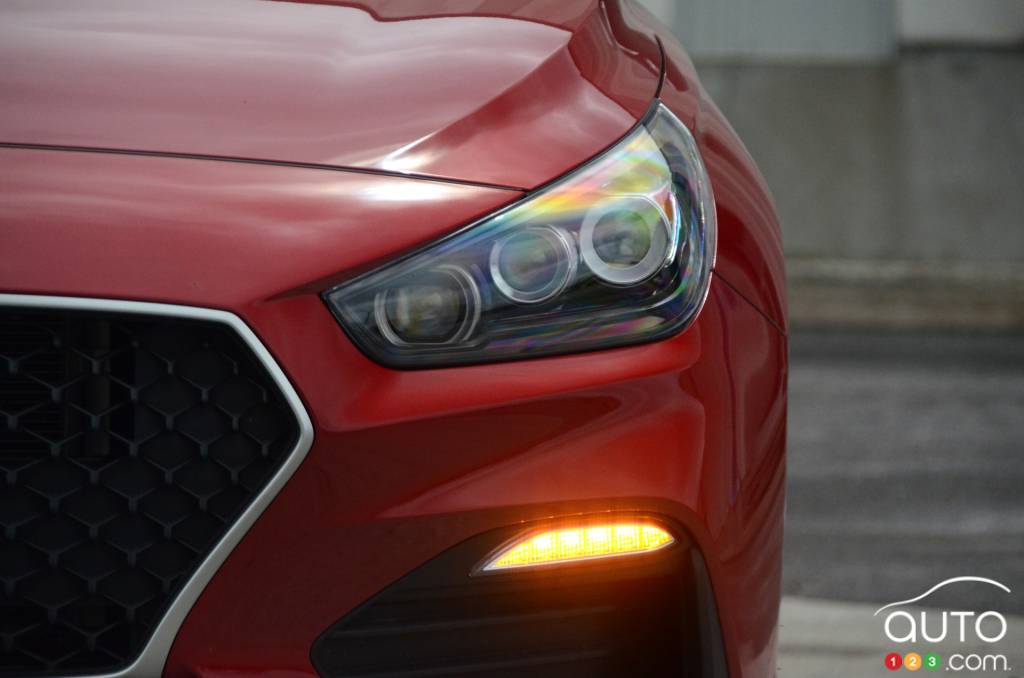 Currently in the process of launching its N performance division, Hyundai at present offers only the Veloster N in Canada. But, following the lead of BMW and...