To find the origins of the Jeep Wrangler, you have to reach back to 1941. We won't go over the history of the model and its military origins again, because you're probably already familiar with the tale. It is worth recalling, however, that throughout the brand’s history, the classic two-door Jeep is the one that established itself as its true icon.

Of course, other Jeep models have appeared over the years and the lineup has diversified. In the process, the brand became a real cash cow for its owners, whether it be Willys-Overland, AMC, Chrysler and now FCA... and soon Peugeot, too.

As for the Wrangler, a major change occurred in 2007 when the four-door Unlimited variant was introduced. At the time of writing, it accounts for 80% of the model's sales.

A consequence of this state of affairs is that when Jeep offers us journalists the opportunity to test drive a Wrangler, it's invariably one of these 4-doors that's suggested. Recently, during a short stay in California, I was invited to take the wheel of a two-door version. I literally jumped at the chance.

The real thing
When standing in front of a two-door version of the Wrangler, it’s impossible not to feel a certain emotion when thinking about the history of the model. Not that the elongated variant is an impostor, but the past speaks out to us far more clearly via one of these originals.

Add to this the fact that aesthetically, nothing resembles the Wrangler. The signature is unique, not to mention that the colour palette seems borrowed from that of a painter. A total of 10 shades are possible.

In short, the recipe is magic. All Jeep has to do is do some fine-tuning here and there to ensure the model's longevity. Every manufacturer dreams of having a player of this calibre in its lineup.

The experience
As if that wasn't enough, there's that unique feeling you get when you get behind the wheel. No other vehicle on the market offers handling quite like the Wrangler, and no other vehicle on the market offers Wrangler-like behaviour. And don't think it's because the Wrangler is above the fray, refinement- and performance-wise. On the contrary, in many ways it’s downright pedestrian. The Wrangler's handling is unremarkable, the interior’s soundproofing is nearly non-existent and it frankly doesn't give a damn about your level of comfort.

But you know what? Who cares? That uniqueness, that little rebellious side to the Wrangler's ride is what we love. And in a world where the pursuit of perfection often comes at the cost of over-sanitizing the product, it's all the more refreshing.

Perfection
Not that Jeep is looking for perfection, it’s just that it doesn’t seek it in the contexts ordinary folks spend 99% of their time behind the wheel in. Its quest for excellence involves, as you may have guessed, off-road driving. And of all the Wrangler variants, the Rubicon is the one that can overcome just about any obstacle.

This version features the latest generation of Dana heavy-duty axles, the Rock-Track NV241 two-speed transfer case with a low-range ratio of 4.0:1, electronic locking differentials (front and rear), and a front stabilizer bar that can be disconnected.

Faced with an obstacle when at the wheel of a Wrangler Rubicon, you don't wonder if you're going to be able to get over it, but just how easy it will be.

A 4-cylinder
Two mechanical configurations are possible with the 2-door Wrangler. There's the famed 3.6L Pentastar V6, and there's also a 2.0L turbocharged 4-cylinder engine, an intriguing addition Jeep made during the model's latest redesign. The latter offers 270 hp and 295 lb-ft of torque, and can only be mated to the 8-speed automatic transmission offered by the manufacturer.

As for the recently introduced diesel engine, it’s only available in Unlimited variants. Although the latter frankly impressed us during our test drive last fall, it's more useful to the stretched model than to the original, which is well served by the 4-cylinder engine, in particular.

Our short test of the 2-door Wrangler was long enough to convince us that power provided by the 4-cylinder is more than adequate, but that its delivery still needs attention; a delay followed by a jolt when you hit the throttle is kind of out of place in 2020. That whole retro vibe has its limits, after all.

The brickbat
If you’ve made it to here in this review, you will have noticed that we’ve been tossing quite a few bouquets in the direction of the Wrangler. But there’s a brickbat, and here it is, and it’s a doozy.

And it has to do with the pricing. There are 12 variants in all in the Wrangler lineup, five of them in a two-door configuration, and the cheapest one will set you back $36,990. Priced at $50,140, our Rubicon tester is the only one that's more expensive than some of the Unlimited models. Add to that a list of options that have only one objective, which is to snatch up more of your hard-earned savings, and you'll understand that Jeep doesn't make gifts with its off-road adventurer.

The strategy is understandable because the model sells very well and contributes to the financial well-being of FCA. Still, it wouldn’t hurt to offer a few variants in a more-reasonable price range for those on a tight budget.

The upside, for those who calculate things on the longer term, is that the resale value of the product is nothing short of extraordinary.

Conclusion
Buying a Wrangler is an emotional affair, in fact it often represents the culmination of a dream. The model is unique and those who go for it are seduced by its uniqueness. What’s more, many owners won’t hesitate to take their Wrangler off the beaten path, where it’s truly in its element.

In short, the important thing is to know what you're getting into with this vehicle. If you accept its shortcomings, it will be a pleasure to drive. 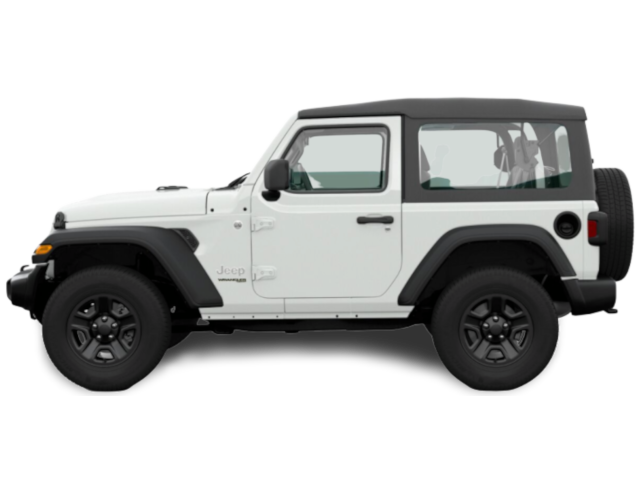 The highly anticipated pickup version of Jeep’s Wrangler is set to finally show its face: The Jeep Scrambler Pickup will make its debut later this month at t...