For some reason the Mitsubishi’s compact crossover vaguely reminds me of Pontiac’s long-departed Aztec model. Except it’s much more handsome, and much more reasonable in size and proportions, and much less monumentally misconceived than the Aztec was. Still though, the Eclipse Cross does have a bit of an odd feel to it, design-wise. Most notable of course is the light bar that spans – and splits in two – the back window.

If you’re tucked in behind this SUV on the road, you likely won’t mistake it for any other, and there’s certainly something to be said for that kind of distinctiveness in this age of largely cookie-cutter urban utility models. Some will say its shape and lines are a drawback, but those buyers likely won’t have Mitsubishi on their short list anyways. What’s new?
For 2020, not all that much visually, save for a few esthetic tweaks, which is to be expected given the model only debuted in 2018 (after first appearing at the 2017 Geneva Motor Show). A mid-cycle refresh, if there is one, won’t happen for another year or two. Otherwise, Mitsubishi has boosted the offering of included equipment in 2020, once you move beyond the base model that is. Also, there’s a new kid in town in the form of the Limited Edition version, which is the one we had occasion to drive.

The versions
The Eclipse Cross comes in four versions in 2020: the ES base model, the SE, the new LE (Limited Edition) and the GT. Note that in Canada all versions feature the company’s lauded S-AWC (Super All-Wheel Control) all-wheel-drive system, highly appreciated by those who drive regularly during our winter months. 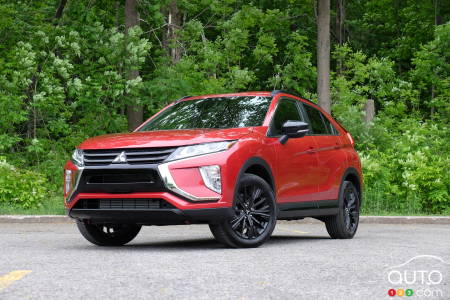 The 2020 Eclipse Cross base model comes with heated (but not power-adjustable) front seats, fabric upholstery, automatic climate control, 7-inch screen, Auto CarPlay and Android Auto compatibility and 4-speaker audio, as well as a drive mode selector (Auto/Snow/Gravel) that goes with the S-AWC system.

It’s not actually the most generous offering for a base model, which becomes clearer when you look at what comes into play with the SE, next up the ladder: outside, a chrome grille, heated, power-folding side mirrors and rains-sensing wipers; and inside, blind spot monitor and rear cross-traffic alert, leather-wrapped steering wheel with paddle shifters on the back of it, upgraded-cloth seating, a floor central console with large armrest and cup holders and rear centre armrest with cup holders. The climate control system becomes dual-zone, plus you get fast-key keyless entry with push-button start and 6-speaker audio. 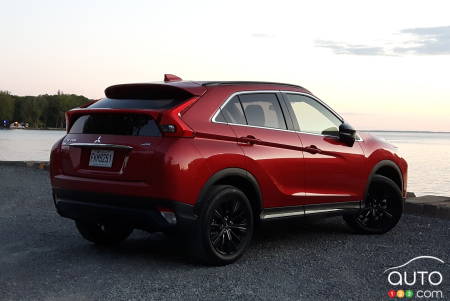 The Limited Edition, complete with special badging, takes it up a notch with the addition of distinct black-painted 18-inch alloy wheels – which are, admittedly, pretty nice-looking and make the Eclipse Cross look just a little more high-class – as well as front and rear skid-plate styling. The chrome grille makes way for a black one, just to reinforce the premium look, and you get LED headlights. The side-view mirrors turn, you guessed it, black, as do the side-door garnish and the roof rails up top. 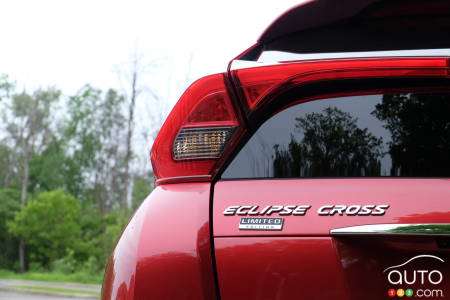 The powertrain
All versions of the 2020 Mitsubishi Eclipse Cross use the same 1.5L 4-cylinder turbo engine working in conjunction with a continuously variable transmission (CVT), which actually has a Sport mode (that makes precious little difference). It’s a unit that produces 152 hp and up to 184 lb-ft of torque between 2,000 and 3,500 RPM, and it’s a unit that won’t blow anyone’s socks off, in terms of brute power but also because it’s constrained by the CVT and the limitations that type of transmission entails. Of course, no one’s going to buy one of these to go street racing, so that’s not too much of an issue. Just be aware.

The interior
The 2020 Eclipse Cross seats five comfortably, unless all five are big adults. But really, there’s no complaint to be made regarding space in the passenger area. Both rows provide decent head-, leg- and shoulder-room, and the seats themselves are reasonably comfortable. There is quite a bit of cheapish plastic all around, and the interior does not feel like a particularly high-end environment, even in my Limited Edition version with its nifty black-painted wheels, etc. 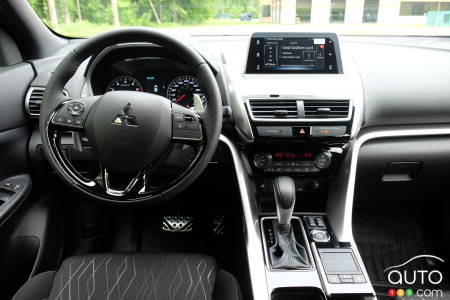 Always worth noting when shopping for a compact crossover is how much stuff you can actually cram in the back. Here that funny-looking split rear window comes into play, as from where I stand it probably adds a few litres of space due to its odd shape that allows for fitting bulkier items. Total capacity is 640 litres (which gets cut to 626 litres when you take the GT with its panoramic sunroof), or 1,385 litres with the second row folded down (In comparison, the Subaru Crosstrek offers 588/1,565 litres).

Back up front, the multimedia system remains a work in progress for Mitsubishi. It is still too complicated of use, and matters aren’t helped by the execrable touchpad. In the times I’ve had to contend with this element to control the infotainment system on the screen, I’ve progressed over time from ‘I’m Never Going Near It Because My Teeth Gnash Every Time’ to ‘Muttering Slightly Under My Breath’, but that’s pretty faint praise. Please, Mitsubishi, consider switching that out for a turn-wheel. Please. 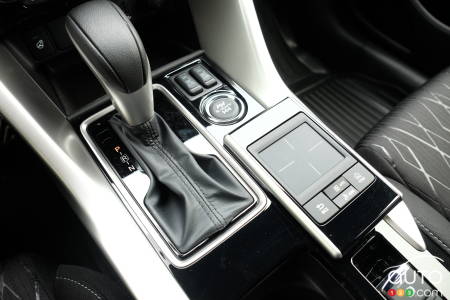 On the road, the Eclipse Cross drives fairly positively due to the pleasingly crisp steering, but the good vibes are mitigated by the typical droning of the CVT. You have little choice but to be reasonable with the accelerator if you don’t want to be in constant battle with the engine.

In terms of fuel consumption, the official figures for the model are 9.6L/100 km/h and 8.9L/100 km. In my week I averaged about 9.5L in the city, but a very encouraging 7.3L during runs on the highway (the upshot of that CVT is, it tends to bring down fuel use because it discourages aggressive accelerating).

Overall, the sedate drive of the model doesn’t quite match up to its more-dynamic exterior design. That’s not a deal-breaker, but you need to have realistic expectations when you climb into the Eclipse Cross after looking it over from the outside. 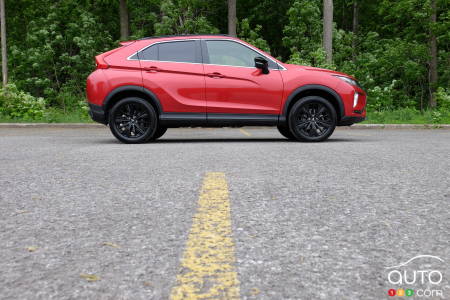 The pricing
This, on the other hand, might just be a deal-breaker. The Mitsubishi Eclipse Cross sits in an odd position in the SUV landscape – clearly a cut above the smaller RVR in the automaker’s lineup, but too small to really match up against the veritable compact SUVs on the market, like the Nissan Rogue, Toyota RAV4 and Honda CR-V. Its pricing is slightly lower than those models, but it’s in the same neighborhood; and frankly, when you look at overall dimensions and cargo capacity it should be hanging around more in the vicinity of the Subaru Crosstrek and the Nissan Qashqai, and it doesn’t. Its base price of $28,298 makes it $2,500 more expensive than the former, and $4,600 more than the latter.

In other words, if you consider it an “in-betweenie” like those models, The Price Isn’t Right. In fact, Mitsubishi has its Eclipse Cross priced slightly higher than the Mazda CX-5 ($27,950), which offers a better interior, more interior space and significantly more cargo space (875 litres versus 640 with the back seats in place) and the equipment-laden Tucson ($26,049, 877 litres). Even within the brand’s own lineup, the bigger Outlander with its 934 litres of cargo space can be had for a mere $1,700 more. 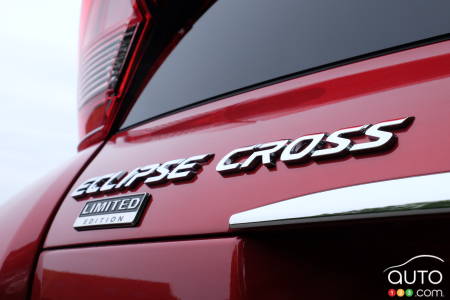 This may explain, more than any weakness with the model itself, why you don’t see more of that distinctive split rear window in front of you when you’re driving around in Canada. 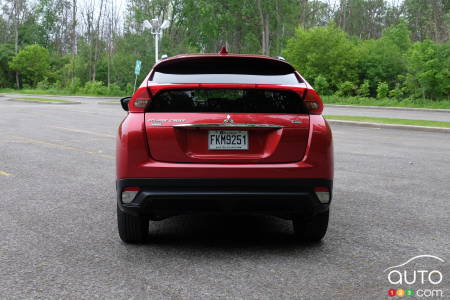 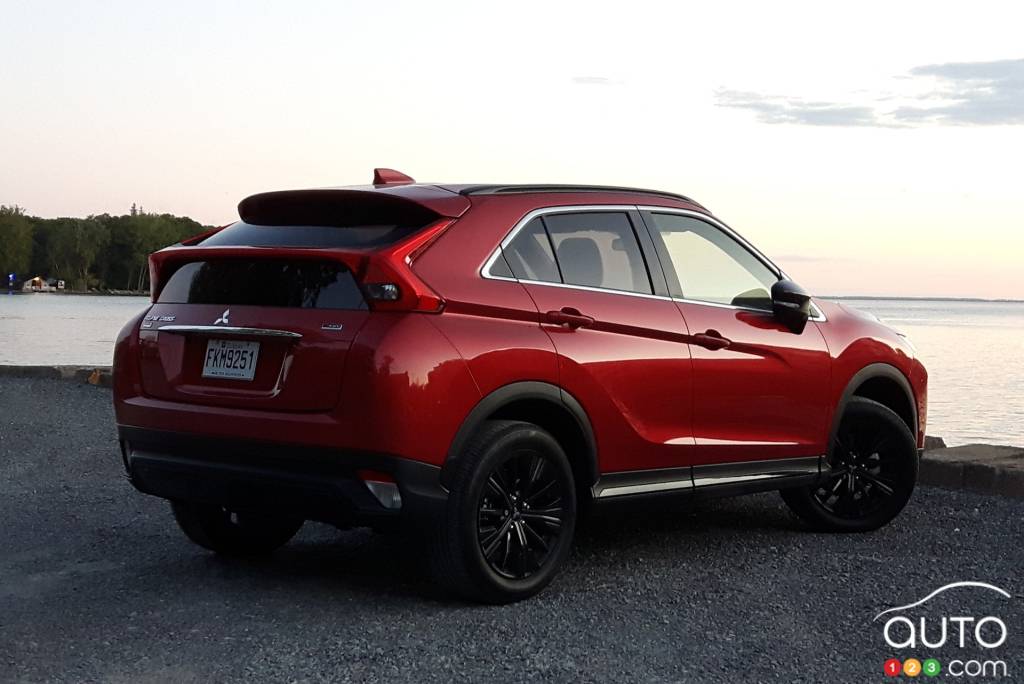 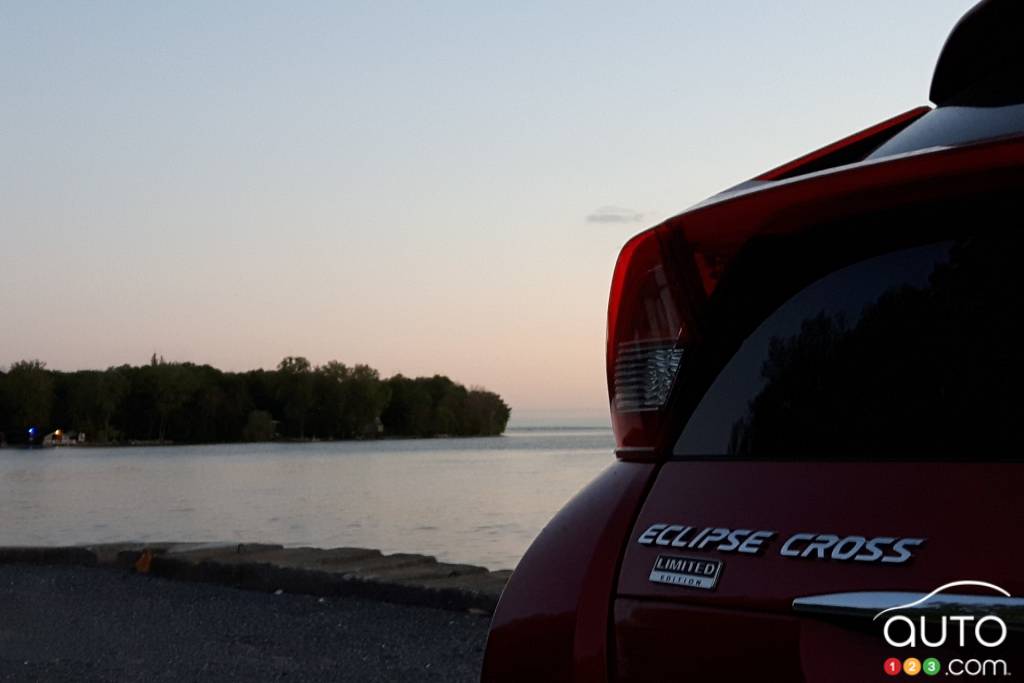 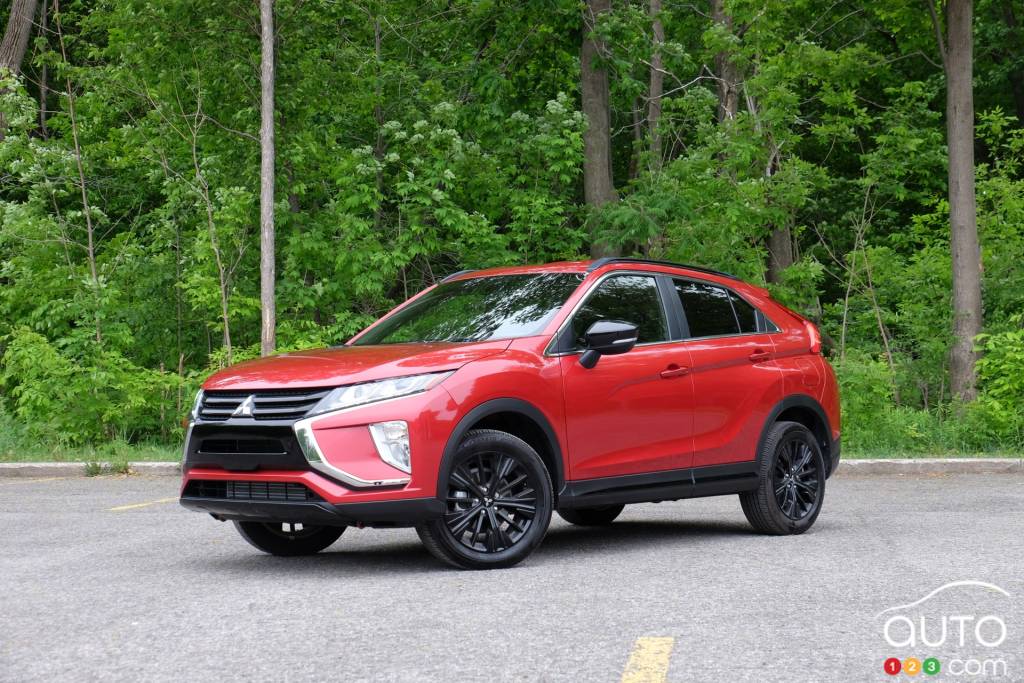 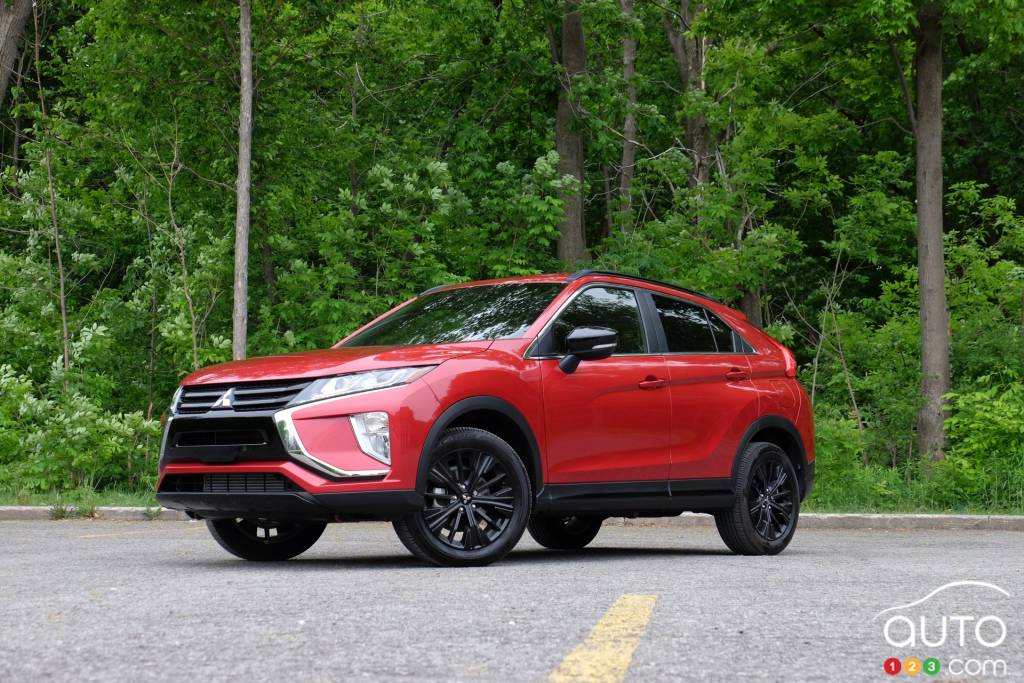 The 2022 Mitsubishi Eclipse Cross is different from its predecessor on several levels, but the question remains whether that will be enough to attract more p...

Mitsubishi Canada made a point of presenting the pre-production version of the redesigned Eclipse Cross 2022 in one of its better markets last week. At the s...