Since its merger with Renault and Nissan, Mitsubishi has been at work gradually renewing its lineup of SUVs. We saw a revised RVR in 2020 and the Outlander is getting a top-to-bottom overhaul for 2022, and now it’s the turn of the Eclipse Cross to get a makeover from the Japanese brand’s design department, also for 2022. Looking head, the nest version of the Outlander PHEV's is slated to make its debut. But back to the 2022 Eclipse Cross.

Introduced in 2018, the brand's “other” pocket crossover was certainly due for an overhaul, not least because it competes in a very popular category these days. Now, the big question will whether this 2.0 version of the angular SUV will seduce consumers in that category.

I had occasion to test drive the new stretched version of the model, the beneficiary of Mitsubishi’s decision to give the Eclipse Cross a little more interior volume for its second outing. Here’s what I noticed.

Less eccentric
It’s still plenty clear that this is an Eclipse Cross, what with its pleated body and dramatic angles, but it's missing a little something. The 2018 model was notable for its rear section looking seemingly cut off, almost flush with the rear wheel arches, but with the sheet metal now extending farther rearward – which translates to a 140-mm gain - the crossover now comes with a more conventional silhouette.

Up front, the Eclipse Cross' fascia retains its Dynamic Shield with two chrome strips, but the grille in the middle has been redesigned, as has the positioning of the headlights, which are now housed in the middle of the vehicle, similarly to many many other current utility vehicles.

Coming back to that rear end, the design of the parking lights seems a bit too simplistic to me, but I'll let you judge for yourself. Maybe this more discreet style will help the manufacturer sell more units.

Changes inside as well
I’m happy to report this mid-cycle redesign also comes with its share of new features inside. While the new colours available and the extra space available in the trunk are both positives, most significant is the absence of the previous Eclipse Cross’ touchpad, which seemed like such an after-thought within the design. Users will be happy to see it gone, because, inserted as it was in the centre console, it was difficult to use and poorly positioned.

With the redesign the pad is gone, and in its place we get a touchscreen that in the process is located closer to those who will use it. Although, I found that the screen is still a bit too far away for optimal UX.

A word about the infotainment system: it has clearly improved, but Mitsubishi, Nissan and some of the others in the trade still don't offer the same kind of simplified experience as the American systems, in particular. I should also point out that the position of the controls for the ventilation is not adequate; the little buttons are housed under a hump in the dashboard. Fortunately, the centre console is not too high and has good-sized buttons for the heated front seats or for choosing the desired drive mode.

On the road
It may have gotten longer, feature a improved, simplified infotainment entertainment and received a revised design, but the Eclipse Cross retains the platform it's been built on since its integration into the lineup. That is, it continues to run on the same 1.5L turbocharged 4-cylinder as before, still teamed with a continuously variable transmission. As for the S-AWC all-wheel drive, it comes standard, which is a good thing if you ask me.

With 152 hp and 184 lb-ft of torque at its disposal, the vehicle doesn't have what it takes to worry the big guns in the segment, but for a clientele not too bothered by the lack of a sensation-delivering driving experience, the Eclipse Cross is not bad to drive. In fact, despite its “sporty” look, the Eclipse Cross is all about comfort. The seats are soft, the suspension is calibrated to absorb the irregularities of the road, and the soundproofing is adequate for a vehicle in this price range.

For thrills, you'd be better off considering another SUV. The CVT makes the little turbocharged engine screech during acceleration, although when the engine speed drops to a more reasonable rate, the cabin becomes relatively quiet. And even though the paddles attached to the steering column are the same as in the legendary Lancer Evolution, which was discontinued several years ago, they don't really add much to the driving experience.

The steering is light and a bit fuzzy, which is not very inspiring on a winding road, while the suspension’s focus on comfort results in some roll in tight corners. Fortunately, the all-wheel drive system is excellent. But there’s no denying that when it comes to driving pleasure, the Eclipse Cross is not a leader in its class.

The last word
Mitsubishi's footprint in Canada is certainly not as large as that of a giant like Ford, which sells an F-150 every four minutes or so in this country. But still, the Japanese division saw the SUV tidal wave coming a few years ago, and with three models -- or even four if you count the Outlander PHEV, which is still based on the old version of the SUV -- in its lineup, Mitsubishi has reason to think it can grow its audience.

But it’s not alone, of course. The new Outlander competes with some big-time compact SUVs, and the Eclipse Cross has to contend with subcompacts, another popular category that already has some engineering gems. As for the RVR, it's aimed at a slightly less affluent clientele.

Mitsubishi is doing the right thing by entering the market with two small SUVs, an older utility model that has proven its worth, and a newer one that has admittedly garnered mixed reaction so far. Now, if only Mitsubishi's strategists had approved a plug-in hybrid version for the Eclipse Cross like they do elsewhere in the world, Mitsubishi could boast two electrified SUVs in its ranks. But who knows what surprises may be in store? 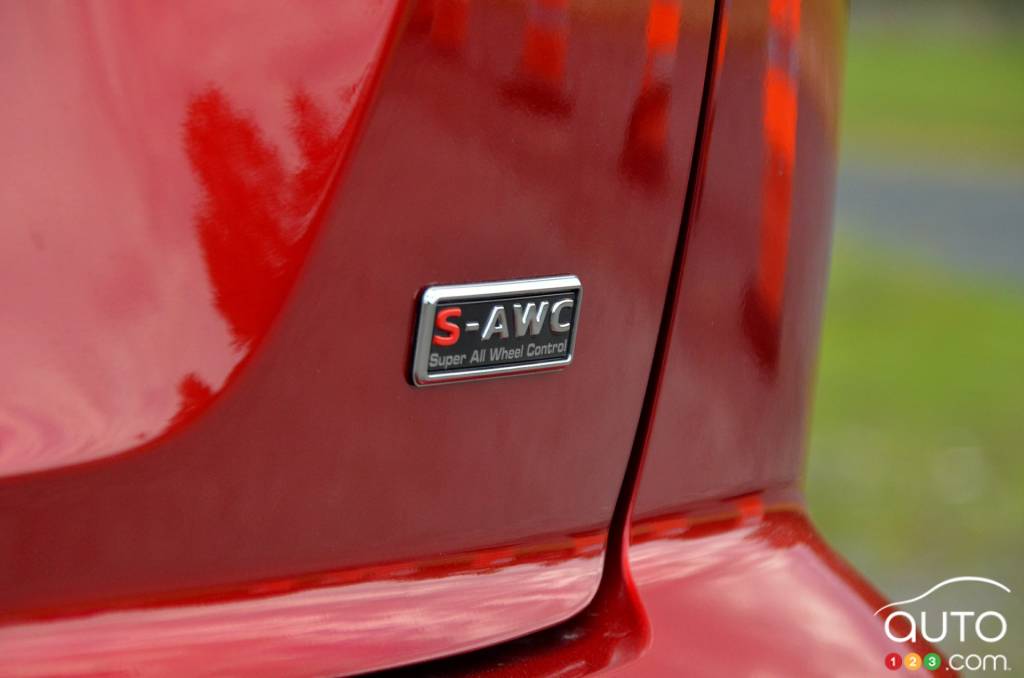 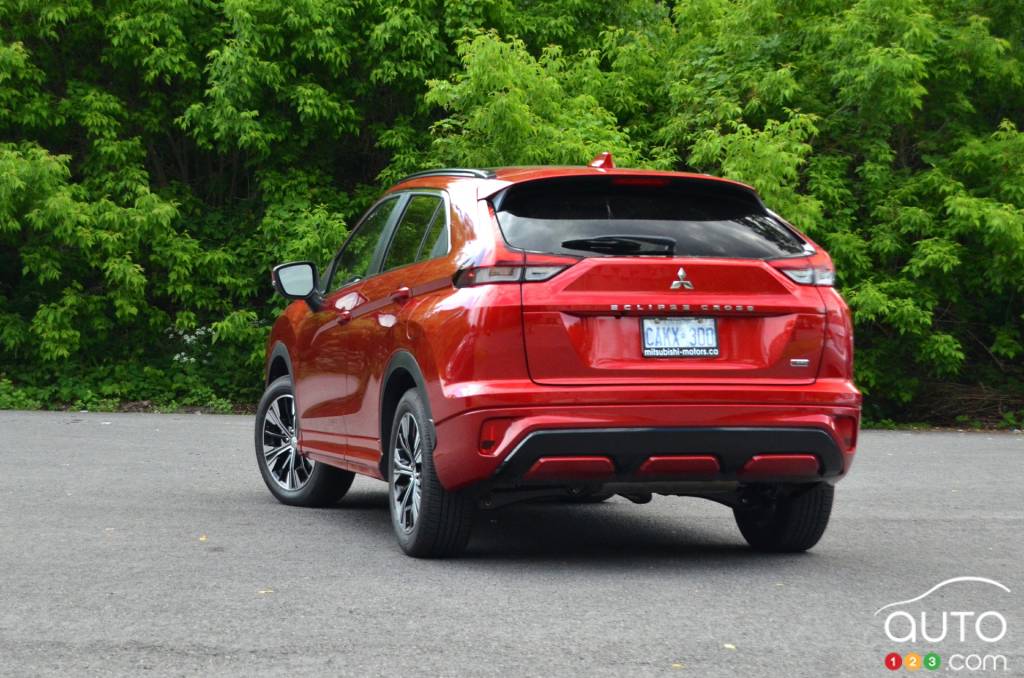 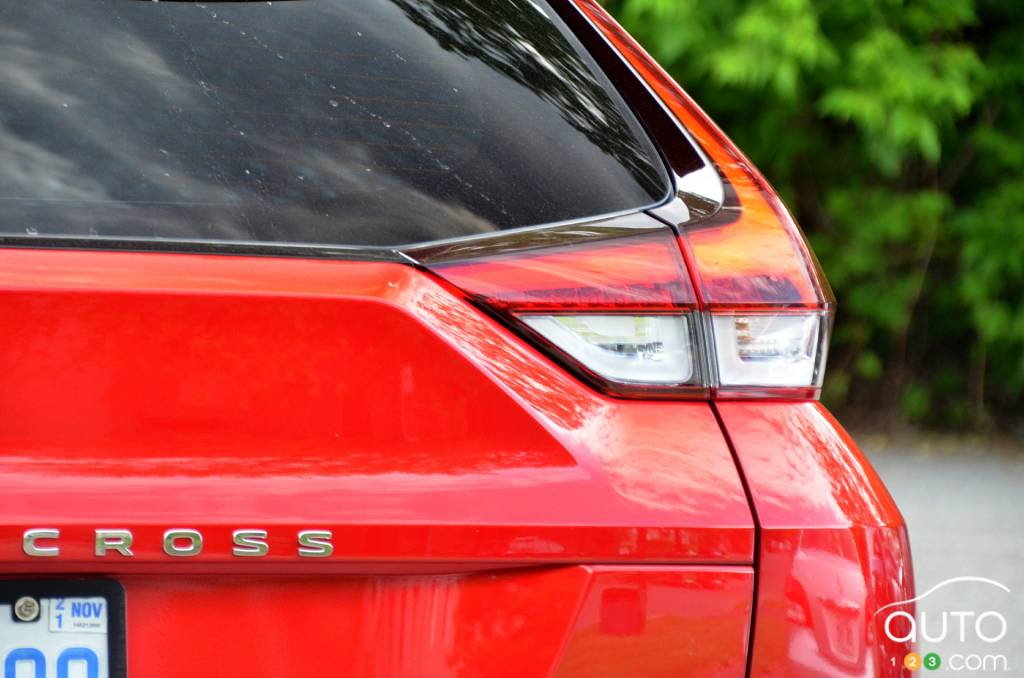 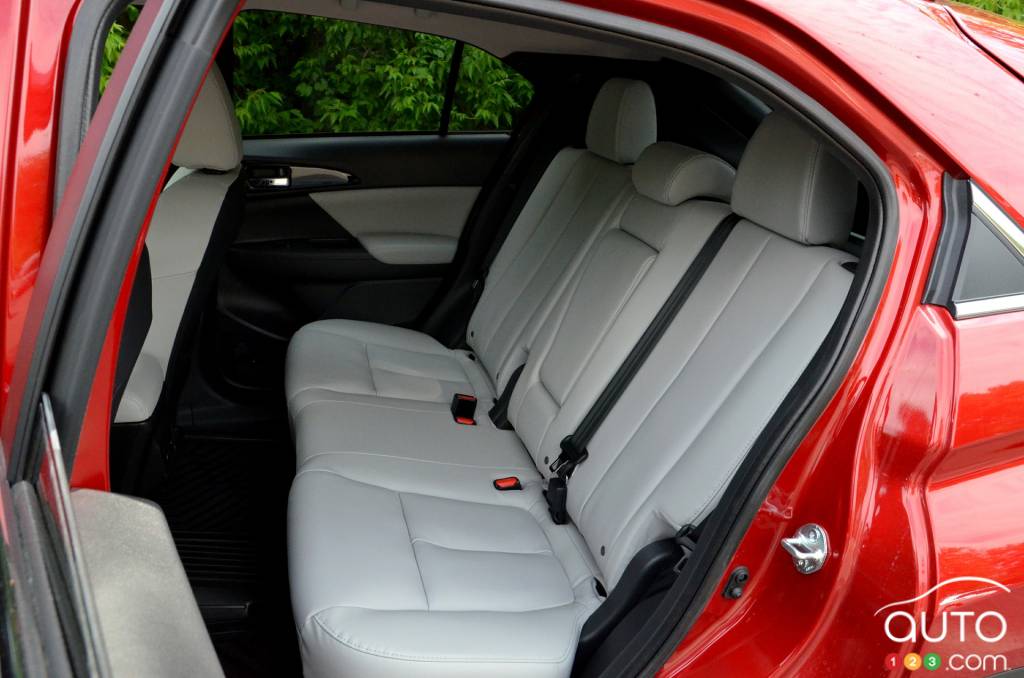 Mitsubishi Canada made a point of presenting the pre-production version of the redesigned Eclipse Cross 2022 in one of its better markets last week. At the s...