Lafayette, IN – I have just returned from a mission for Auto123 to a three-headed Subaru event. The goal of the mission was, first, to visit the Subaru of Indiana Automotive (or SIA) assembly plant in the suburbs of Lafayette, Indiana. Inaugurated in 1988, this factory is big enough to produce 514,000 units per annum, and versatile enough for those to be Ascents, Outbacks, Legacys and Imprezas, as needed.

That last model constitutes goal number two of my mission, which was to test-drive the new 2020 edition of the Subaru lineup’s entry-level model, which benefits for the new year from a mid-cycle refresh.

Goal three was to take the wheel of the 2020 Crosstrek PHEV, the plug-hybrid version of the popular small SUV that is so highly anticipated in Subaru-loving Canada.

I’m happy to tell you about the plant, the only Subaru factory outside of Asia, but only just a little lest I feel like I’m rambling on since I only recently visited the Toyota/Lexus facility in Cambridge, Ontario. And you know what they say: you’ve seen one automotive assembly plant, you’ve seen them all…

The Subaru plant does nothing to put the kibosh to that cliché. It’s enormous (4.7 million sq ft), seems to consist in large part of never-ending hallways and harbours hundreds of robots; in the soldering area, sparks fly about unpredictably and explain why the 5,700 employees working at the plant need to wear long sleeves.

There are a couple of unique elements to SIA that merit mention. For one, despite its gargantuan dimensions, the factory produces almost no waste; nearly everything is recovered, recycled, resold. Even the metal dust on the floor is not left to its own devices. The same applies to water that gets used, which is cleaned, purified and reused. Any waste that can’t get reused or sold is burned to produce energy.

For another, I was floored (not literally) by the number of electric carts driven by employees carrying parts from one section of the plant to another. They performed a form of never-ending ballet of moving vehicles, a bit like the collector/express lanes of Highway 401 in Toronto or Montreal’s Metropolitan Expressway.

This plant also contrasts with the Toyota plant, where humans are practically absent from the equation since most of the carts are fully automated. Ed Wulbrecht, Senior VP at SIA, explains: “We’d be happy to have those self-driven carts you saw at Toyota, but they cost $250,000 each. Quite simply, we don’t have the budget.”

One last detail for those who need to impress at the upcoming Christmas cocktail party: once the last coat of paint is applied to a vehicle, workers use ostrich feathers imported from South Africa to sweep off any recalcitrant bits of dust. And they must be from female ostriches, excuse me very much, because those from the males are too fatty.

On to the Impreza, shall we? 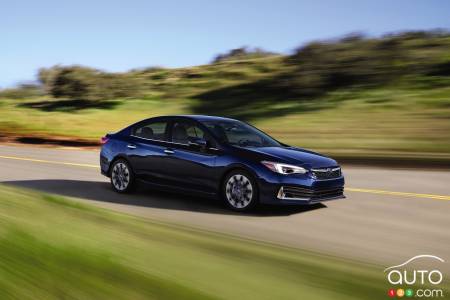 I can hear you say, hey wait, tell us about the Crosstrek PHEV, that’s what we’re here for!!

I would love to oblige you, really I would, but I’m afraid I can’t. Subaru Canada has imposed an embargo on driving impressions and specifications until January 16 for the Crosstrek PHEV. I could show you photos and describe what it looks like in general, but not take out my measuring tape or share with you my experience behind the wheel. At least not yet.

Embargos are a part of life for those of us who cover media launches, but in this particular case Subaru Canada explained that it wants to wait for the official Canadian unveiling of the model, which will take place at the Montreal International Auto Show on… January 16. The pricing for our market will be announced at that time as well.

If you ask me it’s a debatable strategy. Media day at the Montreal auto show generates a ton of news stories and my review of the Crosstrek could find itself buried in the avalanche coming from the floor of the show. Why not just inform folks now and create more interest, like businesses do with endless teasers leading up to Black Friday?

What’s more, anyone can go on this thing called the internet and find all sorts of details regarding the Crosstrek PHEV since it’s been available on the U.S. market for a year already!

That’s it for my rant. Now as I was saying, on to the Impreza…

This is a model that has enjoyed a very nice career, thank you very much. The model entered existence in 1992 and the most recent, fifth-generation Impreza dates from 2017. That year saw Subaru bestow on the car its new global platform that allowed designers to give it a wholesale makeover. Two years later, it’s tweaking time.

Among the improvements are the predictable adjustments to the grille (in the style of the Legacy), wider bumpers and revised headlights and wheels (16-in, 17-in and 18-in). Inside, new premium materials have been added and the EyeSight suite of drive-assist functions are now standard in all models equipped with CVT (continuously variable transmission).

In keeping with the season, all of these new goodies come free of charge. Well, of extra charge. Meaning the starting price for 2020 is staying static at $19,995 for the sedan. In the case of the hatchback, buyers will be paying an added $1,000 for the most affordable trim compared to 2019. Those buyers who get trigger-happy when picking options will find the overall damage has increased from $30,795 to $31,695.

The model’s 2.0L 4-cylinder BOXER engine delivers 152 hp and 145 lb-ft of torque at 4,000 RPM. The manual gearbox, which is found in 15% of Imprezas sold, still can’t count to 6, but Subaru’s trusty permanent all-wheel drive system is on hand as always. As well, even the entry-level Impreza gets standard heated front seats and 60/40 split fold-down rear seats.

On the road, the suspension’s calibration has been revised for a more comfortable ride. The Impreza is neither noisy nor tempestuous and its behaviour on the road is very tame, a perfect counterpart to the more-refined interior of the car. For the price Subaru’s asking, it’s hard to find much to complain about.

Now included with the CVT is SI-DRIVE. Once activated via a button on the steering wheel, this system gives the driver the option of switching between Intelligent or Sport mode depending on whether they’re listening more to the angel on their left shoulder or the devil on the right. Though I have to say, every time I see that fuel-economical mode designated as Intelligent, I have to wonder, are they saying I’m stupid if I choose Sport?

Of the four versions of the Impreza - Convenience, Touring, Sport and Sport-tech - only the last one can’t be had with the manual gearbox. Also, from the Touring version onwards, they’ve brought back the CD player! Maybe it’s a nod to sentimentalists; personally I’ve got my fingers crossed for an 8-track player in 2021.

The automaker promises “official” combined fuel consumption of 7.5L/100 km for the sedan and 7.6L/100 km for the hatchback. This won’t beat the Civics, Corollas and Golfs of this world, but then the most fuel-efficient versions of those don’t offer all-wheel drive, so nyah-nyah. The fairest comparison is perhaps with the Mazda3 AWD, which officially averages 8.2L and 8.7L (sedan and hatch), so, again, Subaru can say nyah nyah.

Last point: the USB ports are now more accessible and the higher versions count four of them. This is no surprise really given that of all Subarus on our market, the Impreza is the one that draws the most customers under 30 (the BRZ and WRX are obviously very popular with that demographic but their sales volumes don’t approach that of the Impreza). And Subaru’s strategy is explicit: it wants to initiate young consumers into the brand and keep them tight to its bosom as they age into spend-happy SUV buyers. Obviously I have nothing at all to tell you regarding the reliability of the 2020 Impreza after driving it for all of 90 minutes, under a radiant sun and on perfectly dry roads. But keep this is mind: 98% of Imprezas sold in Canada in the last 10 years are still in service. 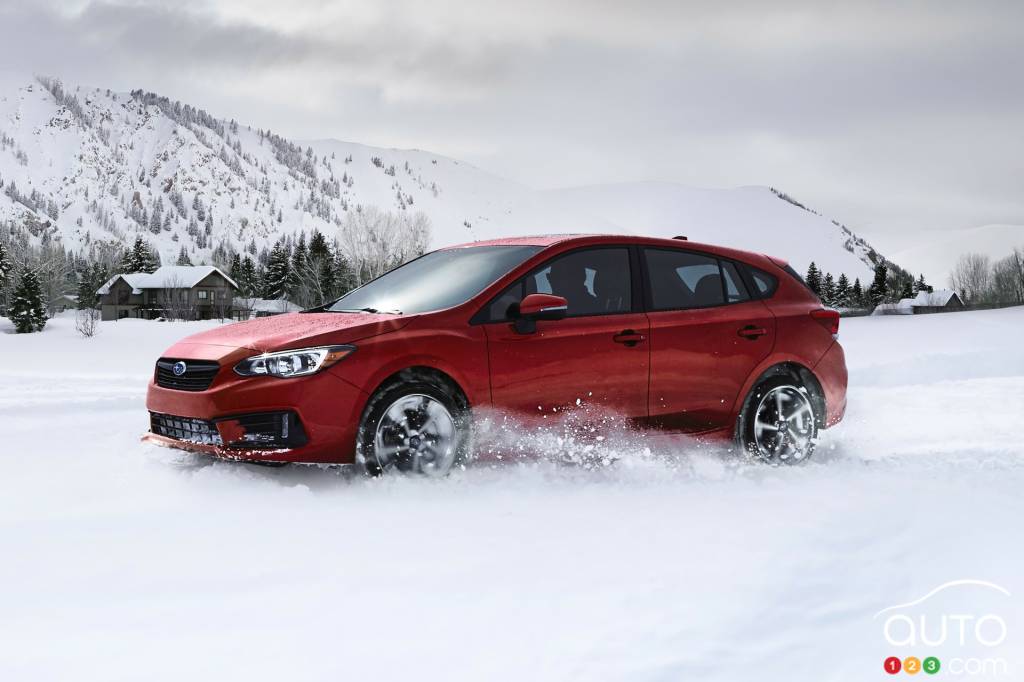 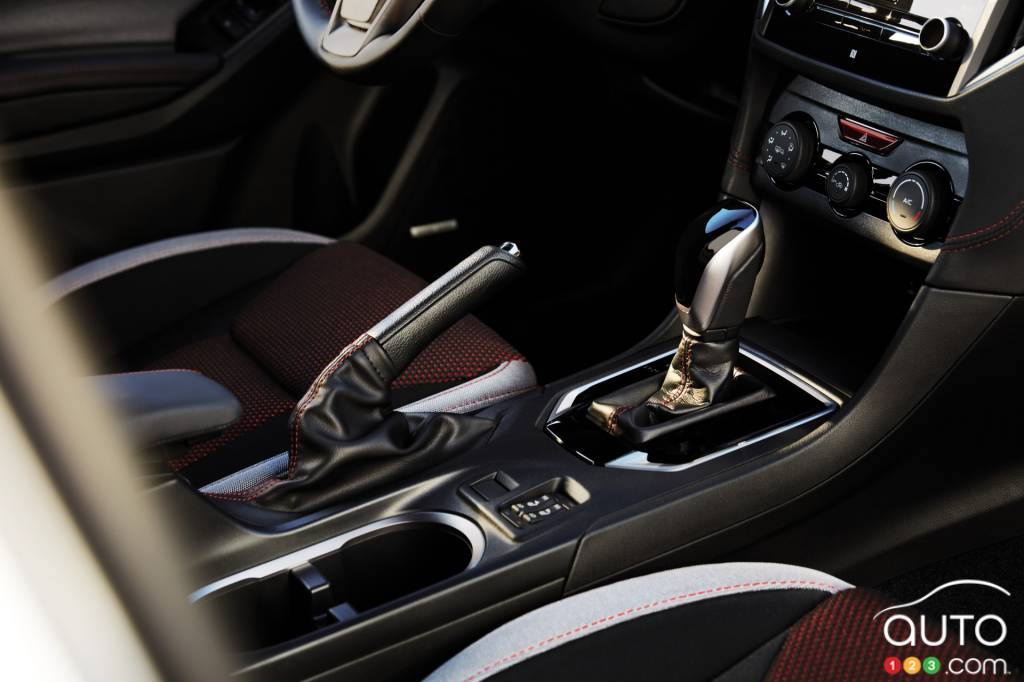 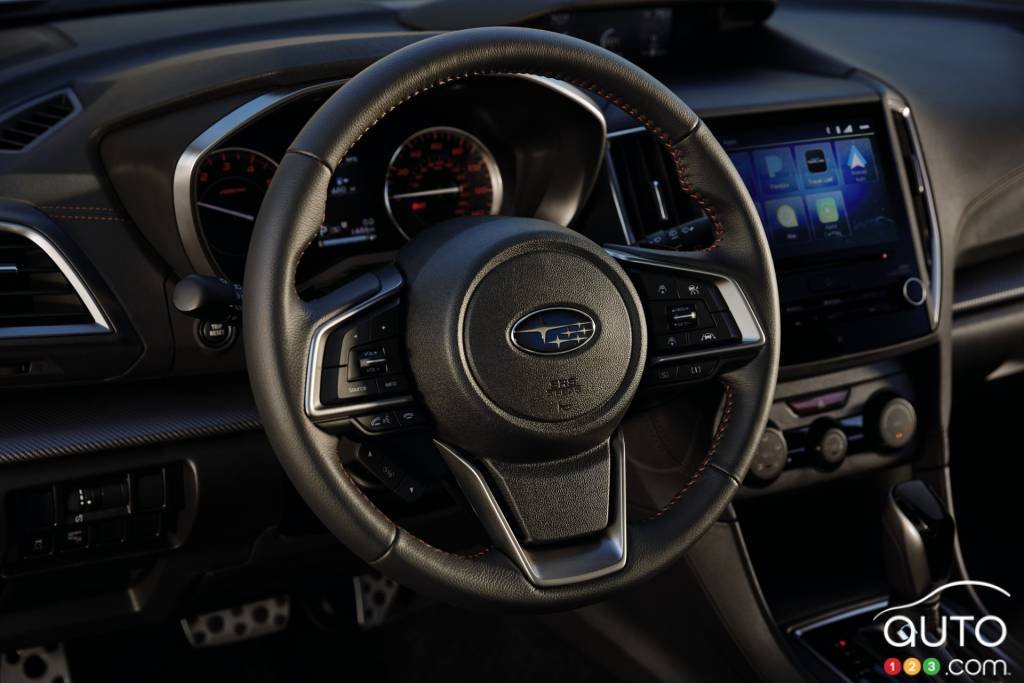 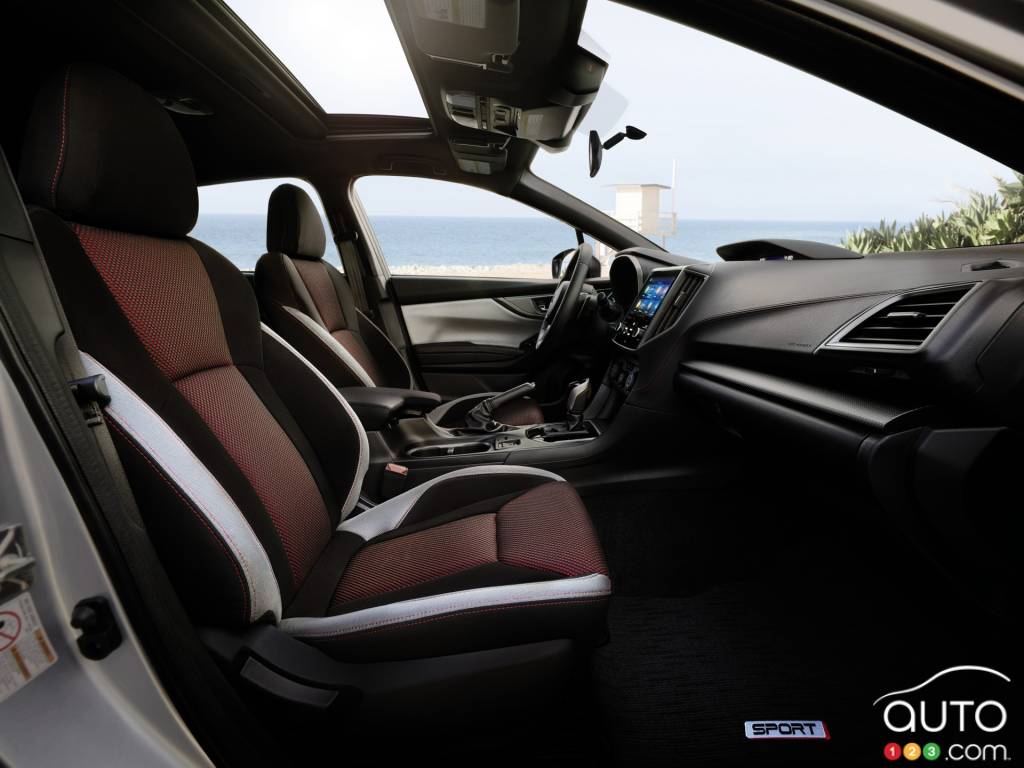 Subaru has unveiled a revised new 2020 Subaru Impreza for the Japanese market. The changes are subtle but necessary and well-chosen. We’ll have to see which ...