Last year, when Mini unveiled its very first electric car, now known as the Cooper SE, the main criticism lobbed its way had to do with the model's rather disappointing range. With an optimal range of 177 km between recharges, the only Mini powered exclusively by electricity is not exactly cut out for long journeys.

Like its ancient ancestor from the 1960s - the first to carry the name was introduced in 1959 - the Cooper SE seems mostly confined to urban use. In fact, if you're interested in the concept, you have to be willing to cover shorter distances between visits to the charging station. On the other hand, the idea of combining the driving pleasure of a Cooper S with 100% electric propulsion seems pretty darn attractive to me. During a week of testing in the Greater Montreal area at the end of August, I set out to determine if the reality matched the genius of that idea.

Note: In theory, I was scheduled for an earlier introduction to this new kind of Mini in the spring, but the coronavirus pandemic postponed this first contact until late summer. Here's what I took away from my test drive of the 2021 Mini Cooper SE with the Premier+ package, the most expensive in the range, which raises the bill to $47,990 instead of the $39,990 tag attached to the no-frills model.

Clearly a Mini Cooper
The designers of the electric Cooper S didn't really have a choice: an icon like the Cooper has to keep its attributes to catch the eye of the curious. On the outside, in addition to the different bumper with a grey and yellow panel instead of the usual grille and the asymmetrical wheels that fit it perfectly, the Cooper SE also sees some specific badging added to the bodywork. Oh, and no exhaust tip is included with this variant. Naturally.

It's the same inside; the same dashboard as the Cooper S is present, the only striking difference being the small thin screen behind the steering wheel - an addition made last year. Not far from the ventilation controls, there's also a switch that modulates the energy recovery system during braking. For the rest, you'd swear you're sitting in a Cooper S with a few extra bright yellow stripes.

Also, the T-shaped battery pack has no negative impact on the volume available in this city car, which is a good thing because really the modern Cooper is still as restrictive as ever for its second-row passengers. And the same applies to the 226 litres of trunk space, which barely manages to take in groceries for two adults.

Yes, it's clearly a Mini Cooper!

Both inside and out, the Cooper SE comes out of the same mold as the other Coopers with combustion engines. But when you start ‘er up, the hum of a three- or four-cylinder unknit is nowhere to be heard, replaced by an artificial sound that announces the start of the motor housed between the two front drive wheels. After that short burst of sound, the Cooper SE becomes as quiet as a parked car, just like other EVs on the road.

Of course, a quick glance at the information screen on top of the steering column is a must before every trip, if only to make sure the battery is charged, especially given the car's limited range. But once that's taken care of, the Cooper SE is just waiting to be driven. And away you go, like a bat out of heck if you so choose.

Like any electric vehicle, full torque from the powertrain is felt instantaneously, from the first few turns of the wheels. A little too much pressure on the right pedal can even make the tires squeal, but only if traction control is deactivated. No, the Cooper SE is not exactly a rubber-burning beast, but front wheel spin is possible.

Another not insignificant detail: the energy-recovery system is placed by default in its "Strong Recovery" mode at each start, which will surprise you at first when you release the right pedal to decelerate when approaching a stop. For less intense deceleration, a simple press of the switch turns the Cooper SE into a car as docile as any gasoline-powered model. I recommend bearing with the jerky drive at the beginning though: the learning curve is short, and you pretty quickly learn to dose the pressure you apply on the right pedal to get smooth braking. Remember, range is at a premium in the SE, so you want to maximize it.

What I love about this electric Mini is that it offers the same kind of driving experience as a Cooper S - minus the raspy sound of the exhaust system of course! The steering is as precise and quick as ever, the suspension is firm and the braking is efficient. Chassis rigidity is also a reassuring element when driving, even though the weather-worn pavement reminds us how much of a go-kart the Cooper SE is.

As for the power and torque of the synchronous magnet motor, 181 hp and 199 lb-ft of torque are just right for a "toy car" like the Cooper SE. Still, I wonder if the engineers at John Cooper Works will ever put their signature on a more-dynamic version of the Cooper SE. We can dream, can’t we?

The last word
At the risk of repeating myself, the 177 km range is the Cooper SE's Achilles' heel. But for many motorists, that's more than enough distance for daily commuting. After all, you don't visit the backcountry every day, do you?

As for the very hefty price tag affixed to my Premier+ trim ($47,990), it's a little less painful in Quebec where the city dweller is eligible for both levels of government rebates. In other words, this very expensive MINI electric car is priced at $34,990 (before preparation fees and taxes) in La Belle Province. Note that elsewhere in the country, buyers of the Cooper SE can at least take advantage of the federal program that takes $5,000 out of the equation, while in British Columbia, the program still allows up to $3,000 in rebates.

A Mini Cooper S... without the combustion engine
Sharp accelerations
Quality of execution 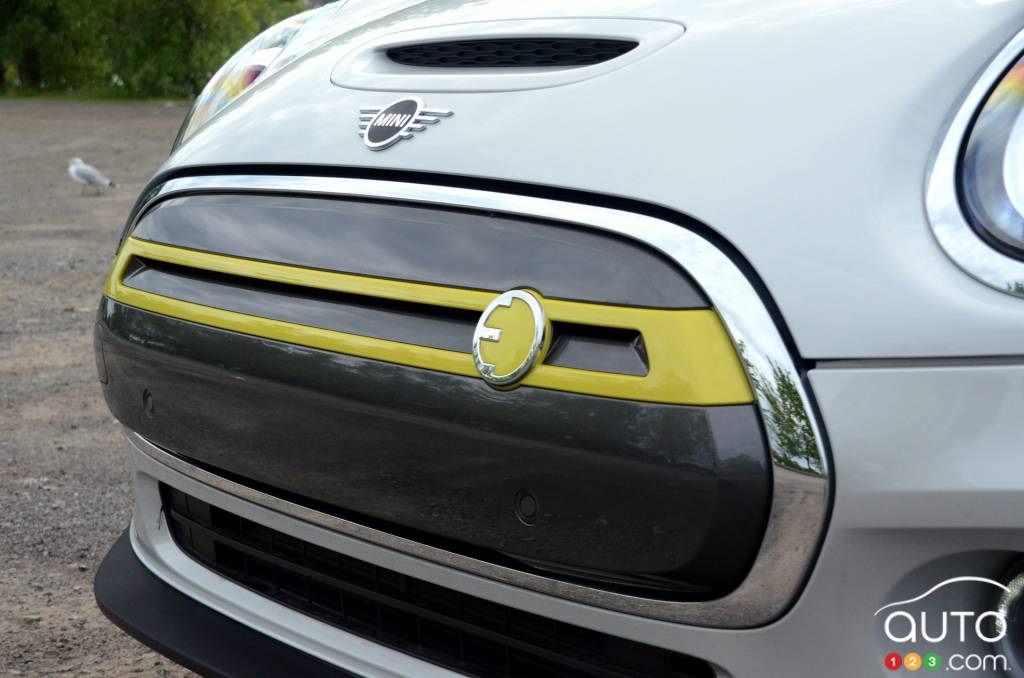 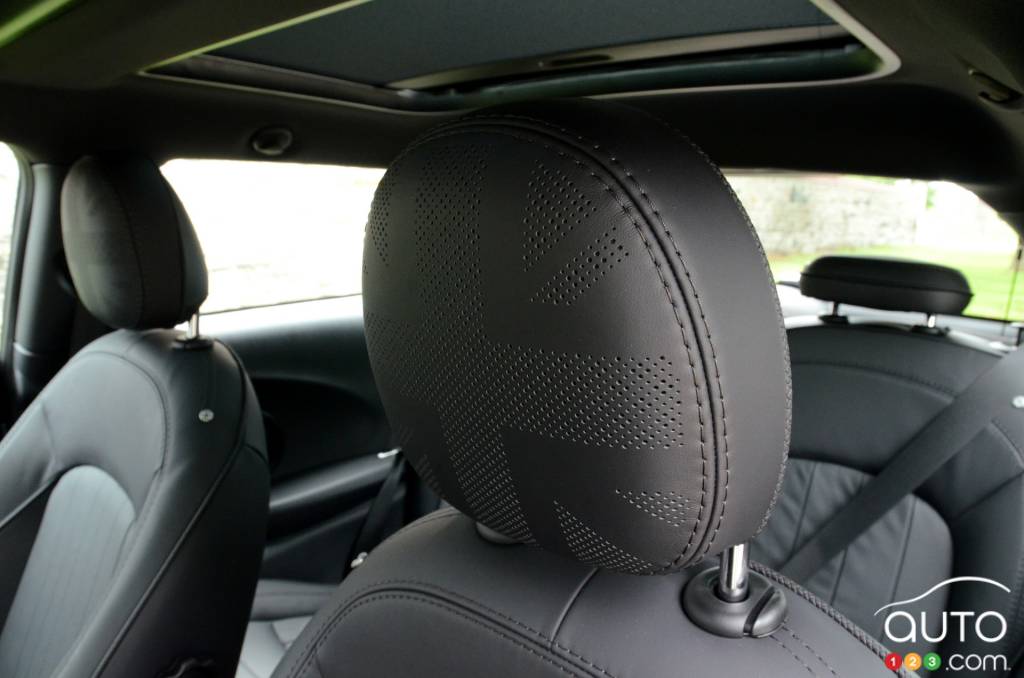 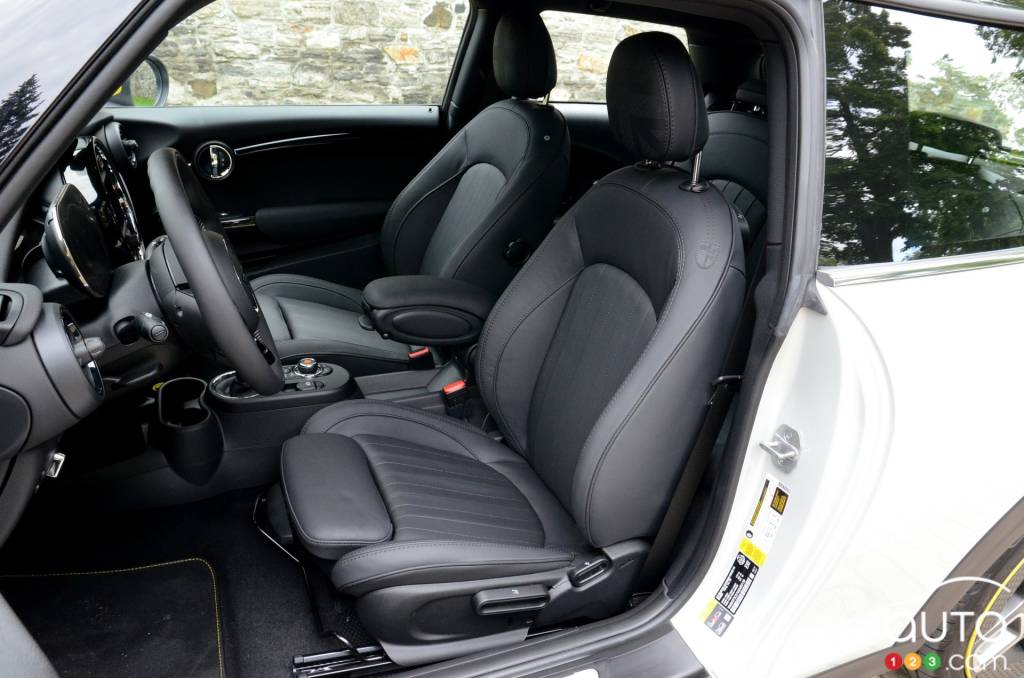 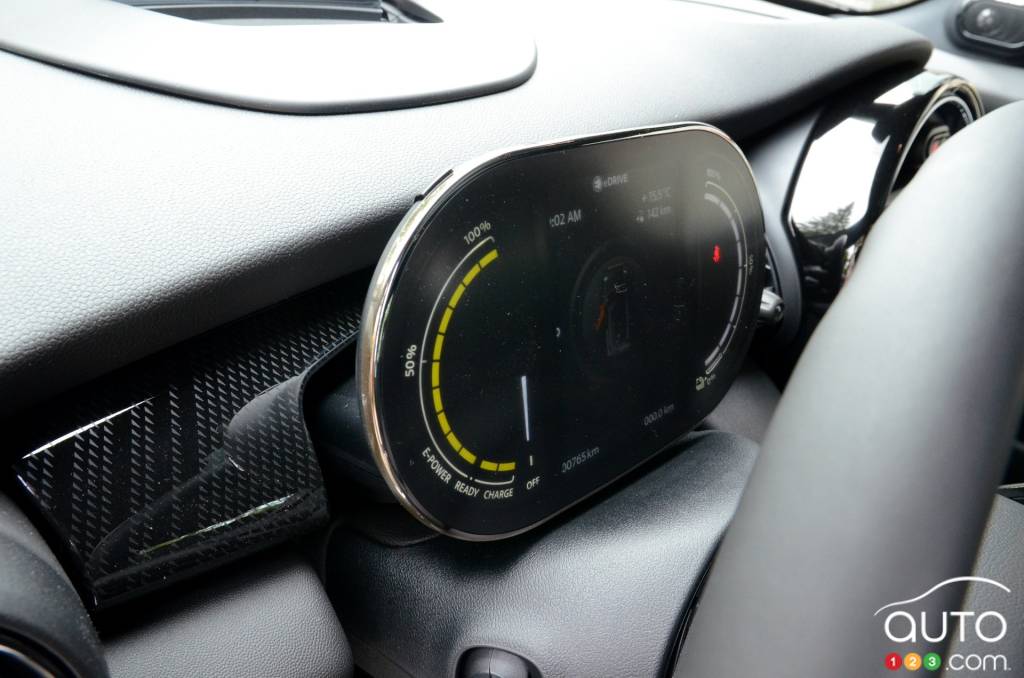