Ottawa, ON - We had had a previous occasion to get a close look at – and even touch of - the 2021 Toyota Venza last May, when Toyota’s Canadian division invited a few automotive journalists to their head office in the Greater Montreal area for an intimate look-see. But for starters, the vehicle we examined from all angles in the spring was a pre-production vehicle, meaning it did not yet meet Toyota's quality criteria. As well, we didn’t get to drive it.

Five months later, the manufacturer finally had a few units of the final product available - all of them the most expensive Limited trim, priced at $47,690 - for a real live in-the-flesh, turn-the-engine-on test drive. Off to the National Capital Region we headed to officially welcome the Venza back to the fold.

For the record, the crossover unveiled at the 2008 Detroit Auto Show quickly made friends on Canadian soil, in fact Canadian consumers continued to have the model offered to them for a year after it was axed in the U.S. (in 2016).

In speaking with Toyota representatives, we learned that current owners of the old Venza are apparently quite attached to their vehicle and are very likely to consider taking a look at the new model. I can confirm that from personal experience, as it happens: one of my parents' neighbors, still proud owner of a V6-powered Venza, asked me what I thought of the new model. My little finger tells me that I’m not the only one being asked that.

Proper test drive required
I won't go hash over all the technical details of this second-generation model, since I covered that during my first meet-and-greet with the 2021 Venza – check it out here.

Also, a more in-depth look at the new model than this first drive allowed is in order. The Venza we drove on this day, the Limited, is distinguished primarily by its attractive 19-inch chrome wheels, which it shares with the lower trim, designated the XLE. Thing is, aside from the Limited badge on the trunk, there are no other real markers to distinguish this more uppity trim, unless you climb up on the roof and count the fixed panoramic roof - it doesn't open for sunbathing, alas! The roof, by the way, has the particularity of changing its transparency at the touch of a button installed over the occupants of the first row.

The interior is a little more exclusive than the Venza Limited's lower trim levels, as it feature all-Softex leather upholstery, illuminated door sill plates and a 10-inch colour head-up display recognizable by the opening on the top of the dashboard. The center mirror offers a digital display for times when the rear window is obstructed by tall passengers or simply by the overflow of cargo in the trunk.

The Venza isn't as practical as its platform cousin RAV4, with a trunk volume of 1,027 litres compared to 1,064 liters in RAV4. On Toyota's U.S. website, the manufacturer refers to a volume of 813 litres. Seems the volume measurement was calculated differently south of the border!

While the space in the second row is very similar to what's offered in the RAV4, it's not the same story up front, as the Venza offers up slightly more enveloping seats. In fact, it feels a little cramped because of the imposing centre console between the two front seats. To be honest, I'm not the biggest fan of the cup holders located between the gearshift lever and the tote box between the two seats. I had a water bottle next to me during the test drive and I kept knocking into it.

What's more, the induction charging pad installed inside the dashboard, behind the transmission lever, is difficult to access, and the button to turn it on is hard to find. And, while the touch-sensitive buttons hidden under the large 12.3-inch screen work well, you have to look where you put your finger when you want to select a menu... not ideal for keeping your eyes peeled to the road! If you're interested in the Venza, take the time to consider these minor details. They may matter to you.

Driving a hybrid SUV... on a very winding road!
I'm certainly not going to claim that the Venza is as nimble as a rally car, but I have to admit that its TNGA-K platform, which is used all over the place in the Toyota lineup, notably for the RAV4 - really does a great job. A portion of our test drive was on a very winding country road with several elevation changes, and the Venza never flinched. We're talking about a hybrid crossover with a dynamic 4-cylinder powertrain backed by three electric motors and a CVT here, not a sports car like the Supra!

While its poise is impressive on secondary roads, the Toyota Venza excels most on the highway, or in the city at a moderate pace. When it's not overloaded, Toyota's new crossover is as smooth as a lamb and consumes considerably less fuel than the competition. The automaker lists an average of 6.0L/100 km; my tester averaged 6.7L/100 km and was extremely fuel-efficient. This despite my preference for the Sport mode during this first contact, which does deliver a little more pep from the powertrain.

Things aren’t always so rosy, unfortunately. While it's true the Venza does pretty well on the type of smooth, winding road tailor-made for Toyota's 86 Coupe because of that rigid chassis, there’s the inescapable reality of the continuously variable transmission (CVT) bolted behind the 2.5L engine. Which means that acceleration is accompanied by the decibel rise typical of units of this kind, and the sound of the engine is not the most convincing. I might even add that the soundproofing could be improved a bit. Let's just say it's better than on board the RAV4, but still it’s below expectations. Did I let myself be influenced by the Venza’s sleek shape, reminiscent of the old Lexus RXes? Maybe, but I'm sticking to my guns: the Venza could be a little more muffled when you push it.

The last word
Despite those few imperfections, the 2021 Toyota Venza deserves its place in the sun, especially in this era dominated by everything that bears the SUV label. And what’ more, the automaker is bringing something new to the two-row SUV segment: hybrid fuel economy, which all the others (Chevrolet Blazer, Ford Edge, GMC Acadia, Honda Passport and Nissan Murano) can't offer. And, these days, fuel stinginess is a more highly-valued quality than ever.

Still, one might wonder who this new model, built in Japan and known there as the Harrier, is aiming to conquer. Toyota Canada hopes to appeal to the 38-44 age demographic, but I believe the average age of buyers of the new Venza will be older. The company describes its new model as a more mature SUV, and that's exactly the type of customer it's talking to. We’ll know more in a few months.

Overall quality
Fuel consumption
The proven reliability of this powertrain 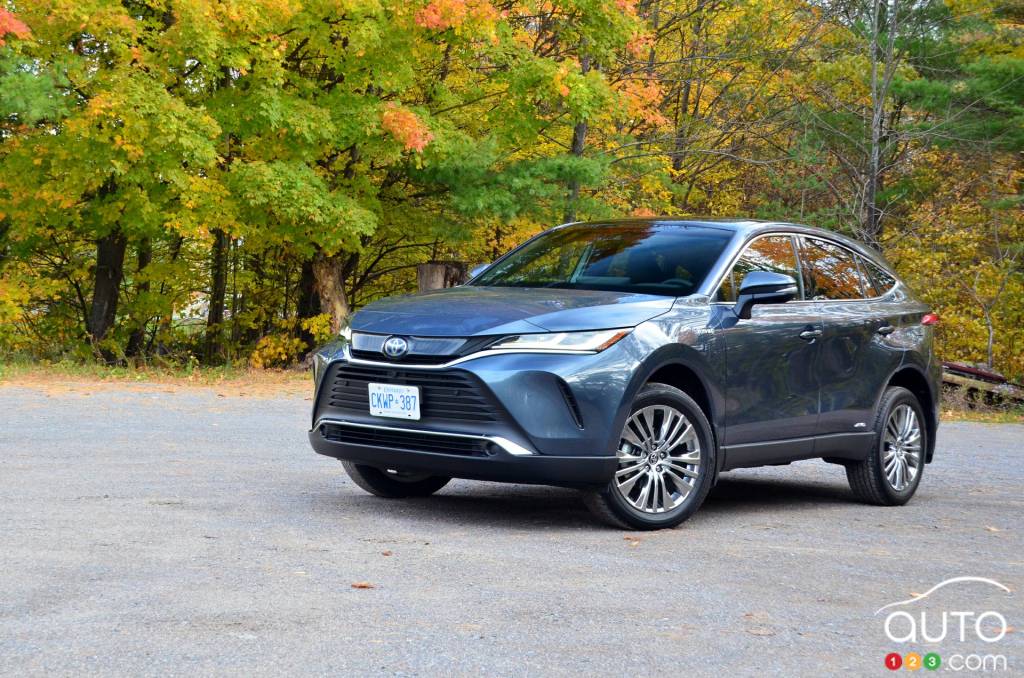 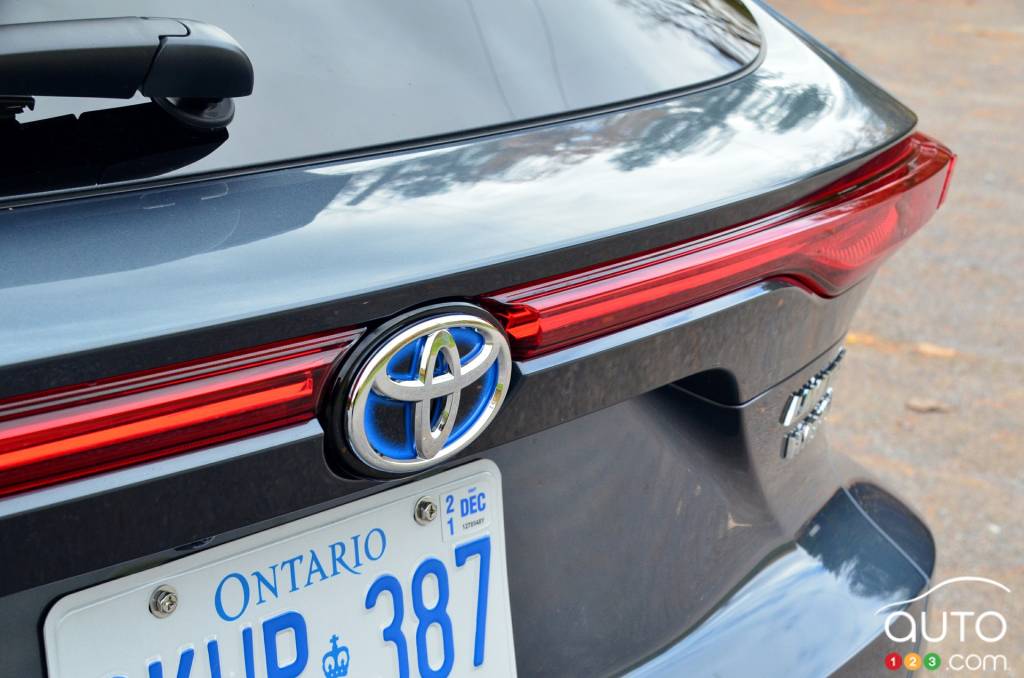 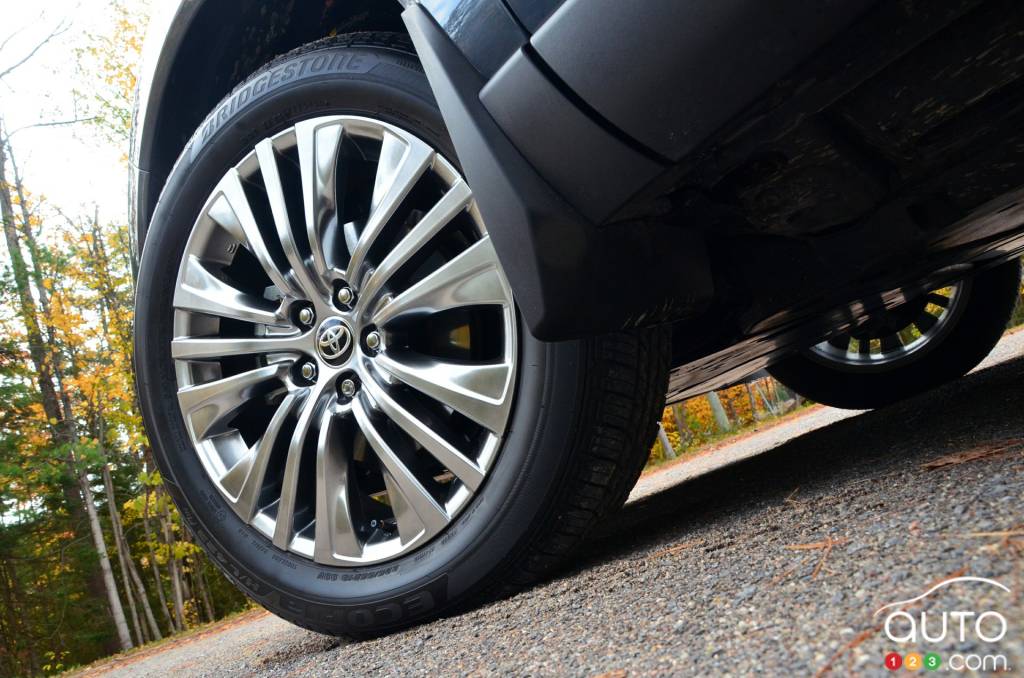 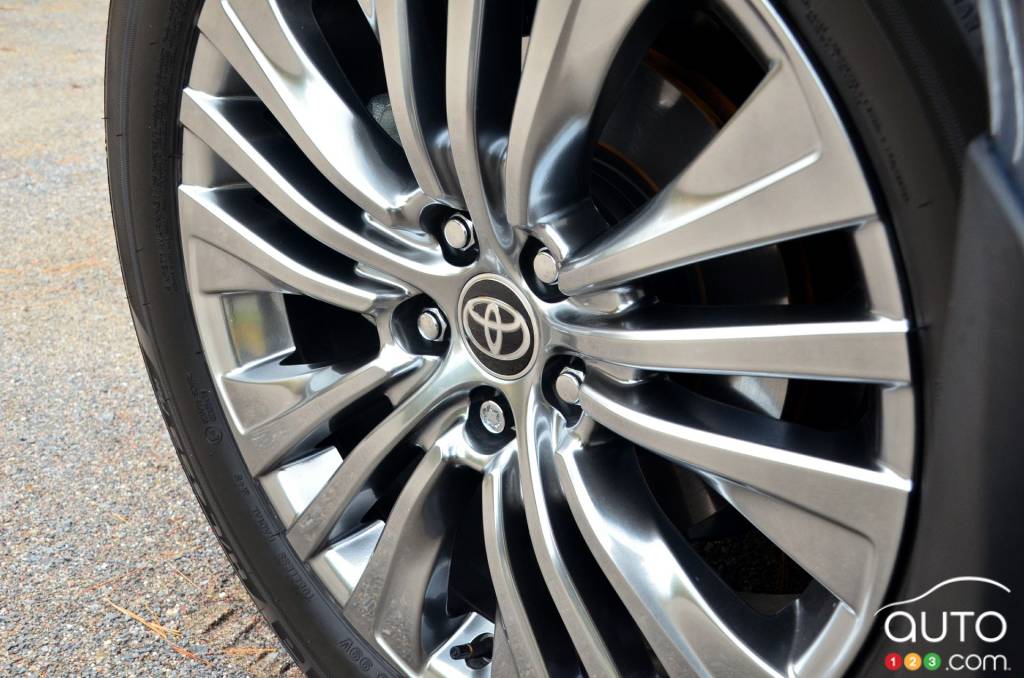 Toyota has unveiled the 2021 Toyota Venza in an online presentation. The SUV thus returns to the Japanese brand’s lineup, and like with the Sienna minivan un...