•    In a nutshell, this is a great idea that came late - which is better than never.

From the “it’s better late than never” corner of the automotive world comes this: the 2022 Acura MDX Type S, a high-performance version of one of Acura’s biggest sellers.

We’ve seen the Type S nomenclature on Acuras stretching back to the late 2010s and beyond, but they’ve never graced the generous flanks of the extremely hot-selling MDX SUV. This is a vehicle that, along with the smaller RDX, has made up the lion’s share of the brand’s sales in both the US and Canada for the last number of years.

If the MDX is so popular, though, why has it taken so long to give it some Type S love?

They did go halfway by offering an A Spec model, but that was more a cosmetic upgrade than what we have here. And here, it’s a whole other ball of wax. Outside
Not that this MDX doesn’t benefit from some styling upgrades of its own. For one, the exterior gets special 21-inch wheels with black pockets as standard, which shroud red Brembo brake calipers – a hallmark of many performance SUVs on the market today (and unique to the Type S in the MDx lineup).

It also gets a fantastic-looking blacked-out grille with matching effects on the doors, wing mirrors and front splitter, unique badging on the front fenders, plus ultra-serious quad -- quad! -- exhaust outlets out back.

Then, the blacked-out door trim helps visually lower the stance of the MDX, adding some real purpose in the process. For a model with a history of gawky styling, this is a breath of fresh air and raises the SUV to a much higher stylistic rung than it’s ever sat on before. My tester’s Performance Red Pearl paint job was especially sweet. Inside
The seriousness continues with black leather seating – your only choice on the Ultra trim seen here, and I have to say I missed the suede inserts the standard S gets. Plus there are piano-black inserts on the dash and around the button bank that’s there for your gear-selecting pleasure.

It’s not all dark inside, however. There is contrast red seat stitching and eye-catching splashes of aluminum on the chunky flat-bottom steering wheel, drive mode controller, gauge cluster frame and cupholder bezels.

Where you won’t find any of that, however, is within the gauge cluster itself - it’s completely digitized. The fonts and graphics there are good enough, but I was hoping to see something similar to the glorious analogue gauges found in the RDX. I understand the usefulness (and, if we’re honest, the cost savings) of a digital gauge cluster, but the RDX setup would have added a very neat high-po element here. As far as interior fit and finish go, it should come as little surprise that the materials used are great and panel fit is all tight as a drum. Ater all, even the MDX’s Honda compatriots have some of the best interiors in the biz and so Acura needs to keep the pace with its products.

The front seats are roomy, supportive and comfortable and since it’s a button-operated transmission, there’s less clutter in the cockpit, and no gearshift on which to snag bag straps and so on. As far as usability goes, button presses are met with a quick response from the transmission, which isn’t always the case when it comes to these types of systems.

That touchpad
What I’m less enamoured with – much less, in fact – when it comes to its usability is the infotainment controller. It’s a trackpad of sorts, which is already a bit of a problem because if I’m honest, I’ve never experienced one of these in a car that’s actually worked properly.

Here, though, it’s different still in that you’re required to not just drag your finger lightly across, but also apply enough pressure for it to respond to your input. The 12.3-inch display is large, too, meaning you’ve quite a lot of surface area across which to drag your cursor and no, there is no touch backup.

The Makes Apple CarPlay – it’s wireless, here -- a little strange to use, although I do appreciate the fact that you can connect wirelessly to the car and the charge pad is perfectly placed just aft of your palm rest.

I also appreciate the ELS sound system, which, at 25 speakers, is an absolute madman when it comes to audio quality and provides Alexa built-in and Android Auto in addition to CarPlay. Such a gem. In the rear
Like the first row of seating, the second row is made up of plush, supportive seats, but unlike up front, you have a three-person bench, and there’s no captain’s chairs option. The seats do, however, tilt and slide forward with a single button press, making access to the standard third row a little easier, even though you can’t pass through two second row chairs in order to access it.

I do think most MDX owners will leave that third row folded flat, providing access to 1,367 litres of storage – which is one whole heck of a lot.

The second row also folds in a 40/20/40 split, meaning if you want to move longer items, you don’t have to sacrifice an entire outboard seat in order to do so – just another indication of how much sense this interior makes. Does make for a slightly chunky second-row armrest, however. The “Knock it Off Back There!” feature
Those who do plan on having occupants in the third row regularly will no doubt appreciate the CabinTalk feature, which allows front seat passengers to pipe their voices all the way back there through a selection of those 25 speakers.

This may be a little freaky for the kids at first, but it’s especially handy for the driver as there’s no need to turn rearwards to better broadcast your voice. In any case, I wouldn’t subject adults or tall kids to the third row too often as it does feel quite shoehorned in there. On the road
Storage, seat comfort, infotainment – all that’s great but this is a Type S. This is the performance model of one of the bestselling vehicles in the lineup. So does it walk the walk?

Well, when you step on it, it sounds pretty darn good, thank you very much. It also makes more power than either the BMW X5 40i or Audi Q7 55, though the Mercedes GLE 450 and the Genesis GV80  3.5T make more.

You can thank those bloody great exhaust outlets – again: quad! -- for the noise, as turbo motors can be tough to get a rise out of. Not here, though. This MDX may not shriek like a Honda S2000 – which isn’t a shock, since nothing before or since, from any manufacturer, has sounded like a Honda S2000 – but it makes its presence known. It's darn quick, too, making the most of the 10-speed auto transmission it gets and compelling me to use the paddle shifters more than I would otherwise in a vehicle from this segment. Peak torque arrives at a lowly 1,400 RPM and manages to keep pulling weight all the way to 5,000, just before peak hp is reached at 5,500 and you’re all guns blazing.

Darned if this 2,700-kg-plus luxury SUV can’t shake its tailfeather as you open it up, to a degree you’ve never seen in an MDX. It’s an effect driven home by the fact that the Type S is the only model in the line to offer a Sport Plus mode, which tightens everything up just that much more.

On top of specialized brakes, the Type S also gets adaptive dampers and air-ride suspension as standard, two features that help keep things copasetic and the body in check as you move through turns. These also help smooth things out as you opt for a more relaxing drive – which, by the way, can be made more so if you activate the massaging front seats that come standard with the Ultra package. I did, and they’re great. As you wind through the bends, the Continental CrossContact rubber does an amiable job of keeping the big Acura in check, but you can only defeat physics so far. Meaning, the MDX remains a heavy, tall vehicle that will roll and stress those tires if pushed too far. That said, you have to be pushing pretty hard because it remains a planted vehicle through to probably 7/10ths of its abilities. Or, in other words, farther than most owners are ever going to push it.

The final word
It's a wonder Acura took so long to release a Type S version of the MDX. Maybe it’s the result of the MDX already being quite capable in its most basic form. Maybe Acura didn’t want to upset a conservative buyer group too much with a tricked-out hi-po model.

Whatever the reason(s), Acura obviously reconsidered, and it can now say it has a true-blue competitor to more performance-oriented entrants in the segment from the likes of BMW and Audi, and drop a bit of an “I wish” halo atop its main breadwinner’s roof in the process. 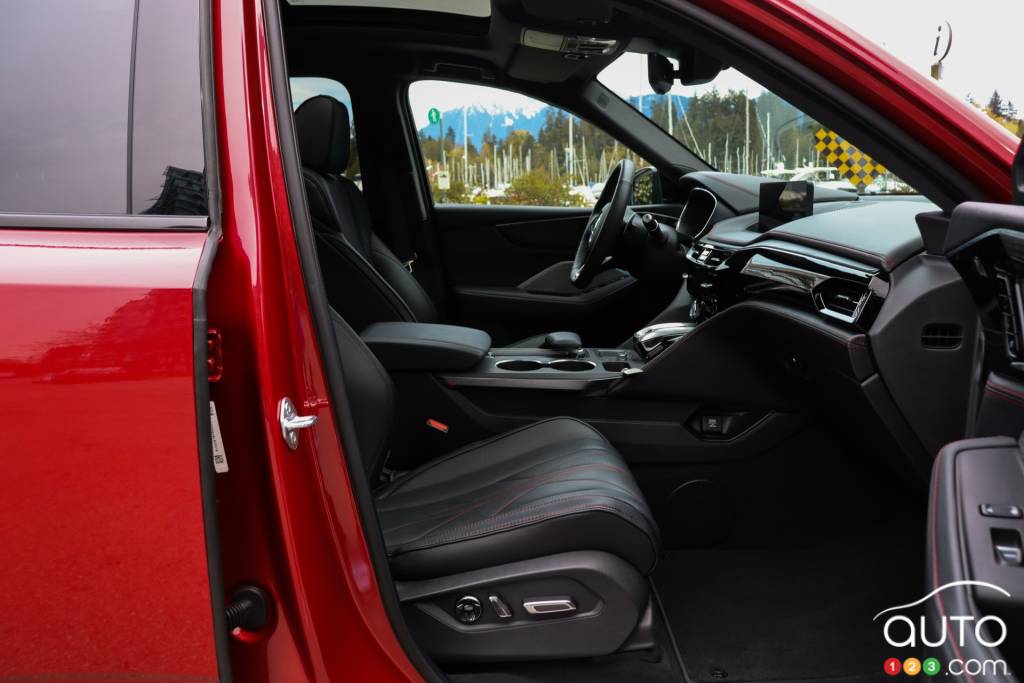 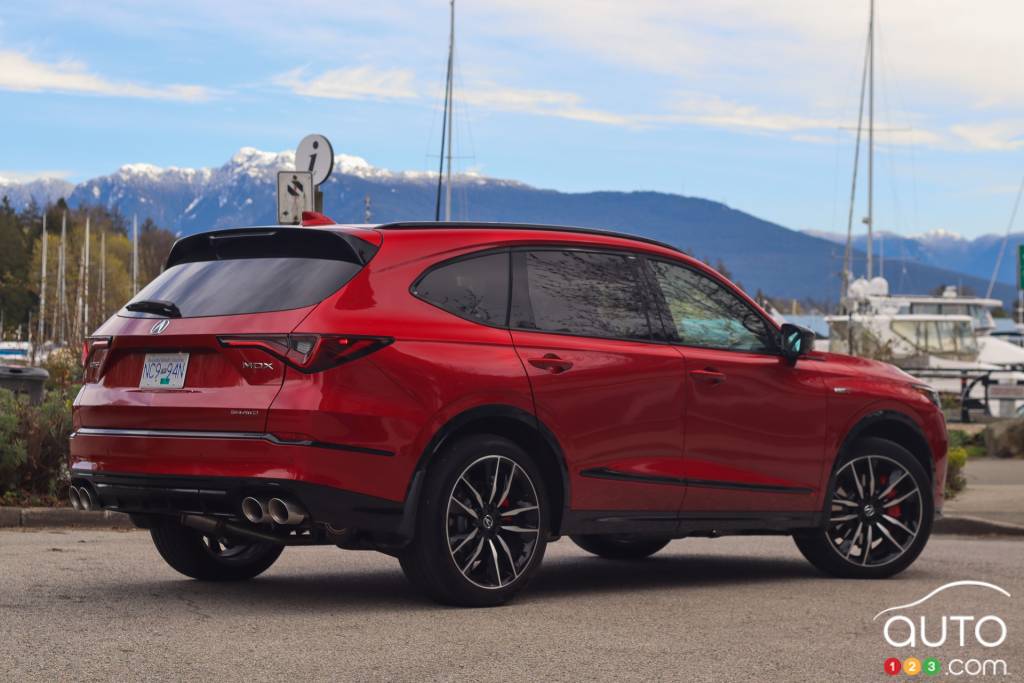 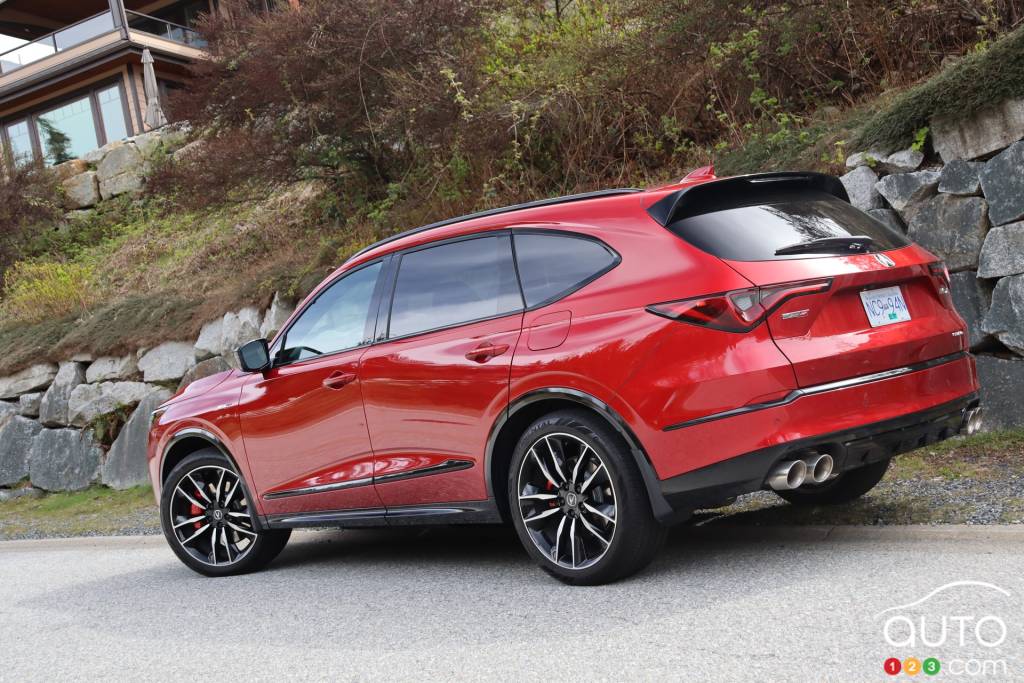 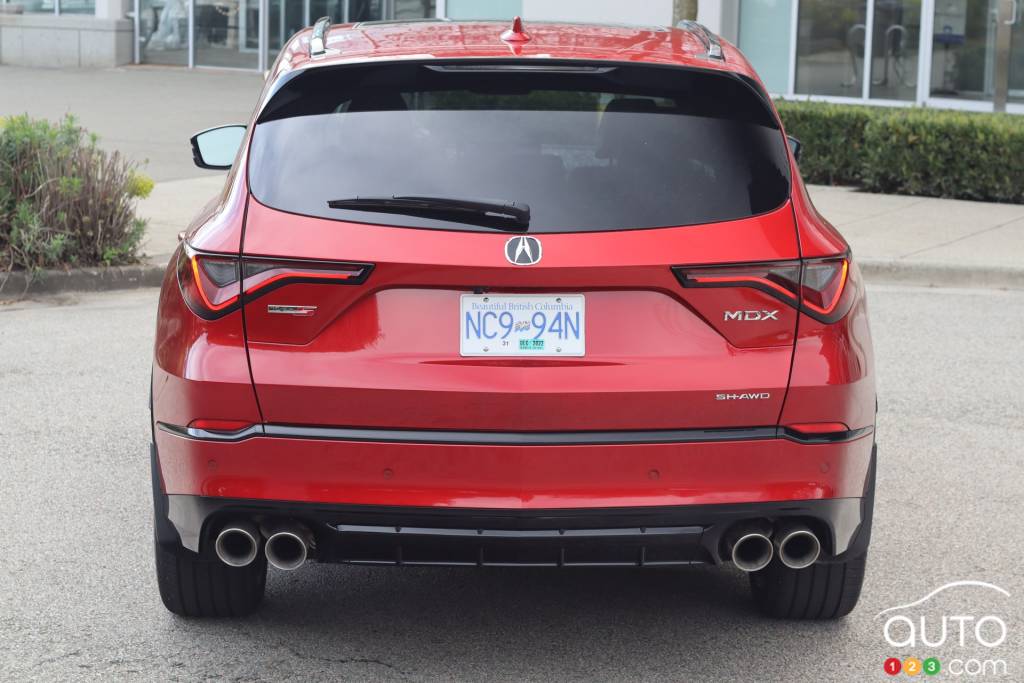 Let us shed a tear (or two) over the 2022 Jaguar F-Type Convertible, as the model preprare to depart this world in a year or so. And why not – this is arguab...

The 2022 Jeep Compass Trailhawk crossover, though relatively modestly sized, more than lives up to its Trailhawk name and don't let anyone tell you otherwise...