A head count of models currently available on our market brings a rough count of 275 or so. With that many around, some are bound to fly under the radar, as the saying goes. Clearly, the Enclave belongs in that category - as evidenced by someone close to me who, upon learning that I had it for a test drive recently, said: "Oh yeah? They (GM) still make it?”

And yes, the Enclave is still in the Buick catalogue. Since 2008, in fact. In the past thirteen years there have been improvements here and there, including a new generation in 2017, but the formula is still largely the same. When a product remains virtually unchanged for 10 years (and counting), it comes across as a bit of a dinosaur in its category.

A nice dinosaur, we should add. But let's remember what fate had in store for dinosaurs.

The more immediate question is this, however: Who is a Buick Enclave for? Young families? The brand's fans? Older people? 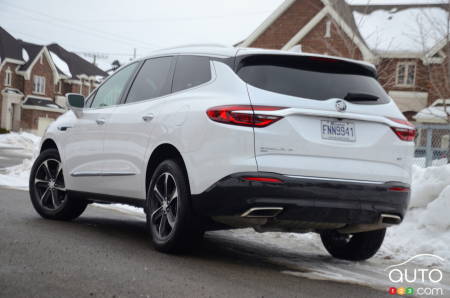 Not just for golden-agers
Three years ago, Buick gave the Enclave a substantial refresh, and as it happens I was on hand for the presentation of the new version. On that occasion, I took the opportunity to ask a Buick representative how successful their stated goal of transitioning to a younger demographic was proving. Keep in mind that in 2008, when the Enclave first appeared on the market, the average age of the Buick buyer was 72.

The representative told me that the company had managed to reduce the average by 20 years, which isn’t bad at all. (You won’t catch me saying 52 is old – that’s how old I’m turning this year!)

Space to spare
The Enclave is for everyone, then – or almost. But not for me, youngster that I am.

Why not? Well, for one thing, I don't need all the space this vehicle provides. Although if a golf trip to Florida were to come up and three of my friends were to free themselves up for the occasion, my needs would suddenly be very different. Yours may fall within the parameters of what this SUV offers.

The Enclave can accommodate up to seven people, but in truth, there are four very comfortable seats, with captain's chairs in the second row. There's plenty of room at shoulder, head and legroom. As for the third bench, it's there to help out in a pinch. As far as I'm concerned, I can see it folded down and covered by golf bags. With both rows of seats folded down, the volume climbs to 2,764 litres. Remember that it's all a matter of need and the Enclave can meet the needs of many.

Peace of mind
The other great quality of the Enclave is the level of tranquillity that reigns on board. Comfort is king, soundproofing is excellent and the smooth ride makes you... bored on board. For some, it's the perfect vehicle, and in that respect, the Buick monster scores points.

If you like to drive a little bit, however, you'll find time on the road goes by a little slowly. Even though Buick has made progress in this regard, we’re not at the level of BMW, Audi or even Volvo, other companies that make products catering to the same age group.

In fact, driving the Enclave is as flawless as it is emotionless. It's up to you to decide whether that’s a worthwhile trade-off. 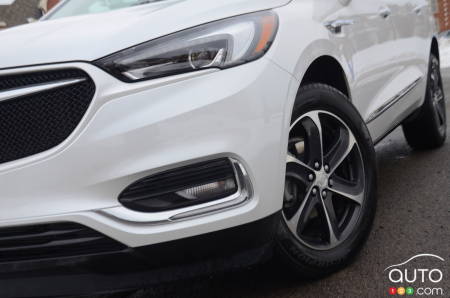 An old warrior
Under the hood of the Enclave sits GM's all-purpose engine, the 3.6L V6 that powers many of the automotive giant’s vehicles. It's a valiant but clunky unit. Its power, announced at 310 hp (along with 266 lb-ft of torque) is more than enough for the ambitions you're setting for yourself behind the wheel of the Enclave.

Towing capacity peaks at 5,000 lb with the towing package. For having had the opportunity to do a test drive with a load attached, and I can say it does the job, but no more. Ideal for those who only have to move their heavy toy a few times a year.

Where this mechanism has progressed over the last 10-15 years is in terms of consumption. Back in 2008, I totaled something between 12.5L and 13.5L/100 km. This time, despite a few episodes trapped in traffic jams, my week ended with an average of 10.2L/100 km. That's quite acceptable considering the weight of this brute. 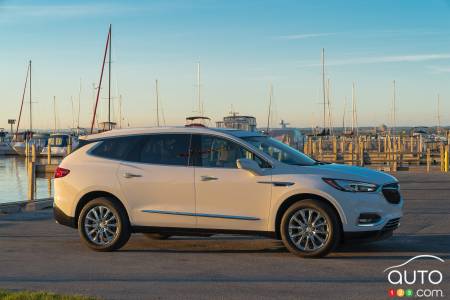 Luxury?
There’s a luxury brand at GM, and it’s Cadillac. While Buick isn't in the same league, its vehicles still offer an interesting level of refinement. That’s evident in the quality of the materials and the colours offered on board; the overall presentation is rich. It's just a shame that the designers served up such outdated and “simple” dials on the instrument block. You’ll find better in the Chevrolet Spark! There’s being conservative, and then there’s… this.

Taken on its own merits, we like the tech well enough, as we do life in general on board. However, the problem comes when you compare the Enclave to its competition. 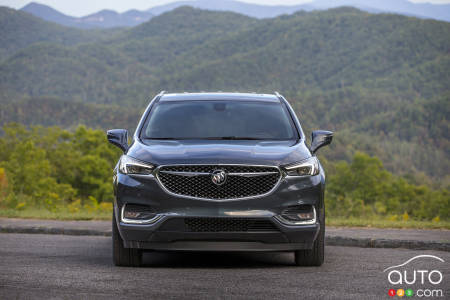 Behind
The Enclave can be had in three ways: Essence, Premium and Avenir. In all three cases, comparing the version with a comparable competitor is an exercise that won’t be to the advantage of the Buick SUV.

A good example is the latest model to join the party in the segment, the Kia Telluride. For less money, it offers more equipment, more safety features and more technology. To wit, wireless smartphone recharging is offered with the basic version for about $45,000. In the Enclave? You have to go for the Avenir at close to $65,000. Same goes for the navigation system, which comes standard in the Kia, but not in the Buick. The base Enclave model starts at over $53,000, by the way.

Look around the lineup and you see that examples of that kind of lag in the product offering abound. The Enclave offers everything, but to take advantage of it, you have to pay more.

And that is a concept I’ve always had trouble with. 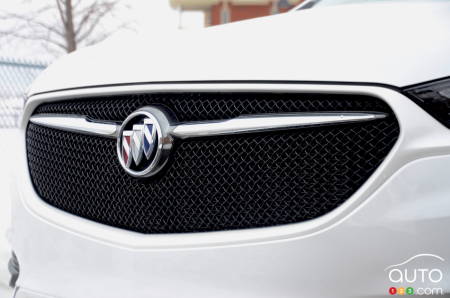 Conclusion
The Enclave, taken on its own, is far from being a bad product. Even in terms of luxury and the driving experience, it compares favourably to many rivals. The problem is that its design is getting seriously dated and that fact is catching up to it. If the pricing of the Enclave had been adjusted downward to reflect this reality, it might have passed muster. But that is simply not what Buick has done.

As a result, it’s best to look elsewhere. At least until Buick gives its Enclave the major update that it desperately needs. Which the automaker should do, because the model has excellent fundamentals. 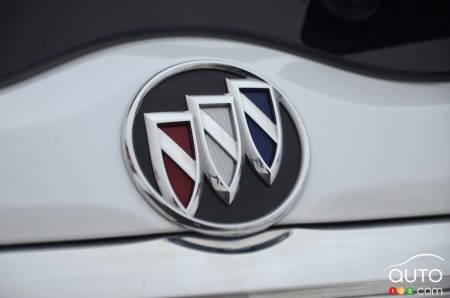 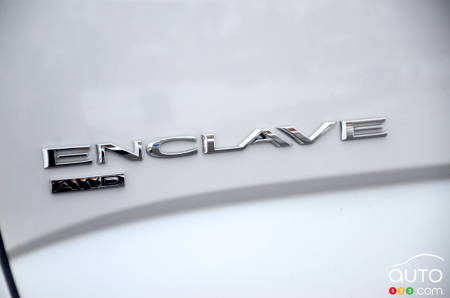 2020 Buick Enclave Gets a New Version and Massaging Seats

Buick is giving its Enclave SUV a few tweaks for 2020. The next iteration of Buick’s largest utility model marks the debut of a new Sport Touring package, an...

Buick previewed its revised 2022 Buick Enclave with a couple of images, though no other details. The automaker plans to launch the SUV later on in 2021, so e...